You are here: Home / History / What Does UCT Rugby Mean to You: Jason Klaasen 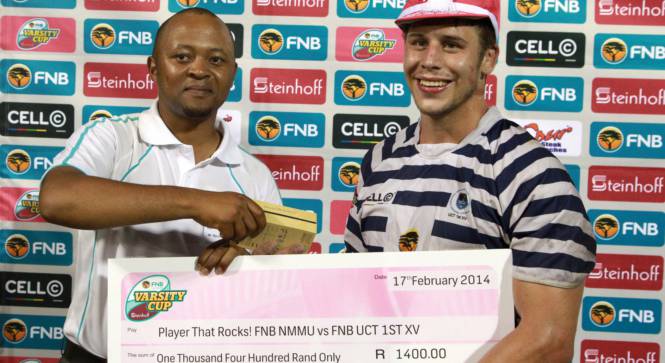 An Interview Conducted by Kevin Forte

Jason Klaasen has played for the Ikey Tigers since 2013, and was handed the captain’s armband for his final season in the blue and white striped shirt last year. Klaasen was part of the 2014 team that pulled off the famous comeback in the dying minutes of the final; and in 2015 Jason won the “forward that rocked” award in the Varsity Cup. He we talk to Jason about his Ikey experience and his plans for the future. 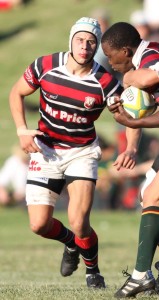 I am currently focusing on my postgraduate LLB at UCT. Plus, I will be playing in the league for UCT and working part time when I can at Personal Trust (Pty) Ltd.

Sounds like another busy year! Going back, tell us about your earliest rugby ambition?

My earliest childhood rugby ambition would go back to my u16 days, when I had a goal of making the SA u16 squad – which would be selected from the Grant Khomo tournament. Since those days I always had strong rugby ambitions throughout my schooling.

So, when did you first get noticed in rugby?

I would have to say back in my u13 days when I ran around like a chicken without a head and hitting as many rucks as I could. Probably not the best tactic now, but at that age you got away with it.

Have you picked up a mentor since then?

Back in school my mentor was a guy named Angus MacDonald. He arrived at Maritzburg College in 2009 and was the director of rugby at the school. Since he arrived he had a huge impact on my rugby career in that he always had a lot of faith in me and pushed me to my best potential at school. Thereafter, since moving to UCT there’s one man who has been there through it all, from sorting me out at physio, to always doing extras with me after training to help me improve my game, and that’s Mike Van Rheede. He’s the epitome of a true UCT man. Mike genuinely cares about his players and no matter how busy he is, he will always make time for you even though he has his own two sons to care for back at home. Since 2013 I’ve come to build a close relationship with Mike, who has always had a positive influence in my life and for that I have huge respect for him.

Growing up who were your favourite rugby players and what provincial team did you support?

Growing up and being a boy born in PMB I always supported the Sharks. So much so that I joined their academy for two years after school. Good times. My favourite rugby player growing up however was always Schalk Burger. Seeing the man on the rugby field, having an absolute disregard for his body and being an excellent link between the forwards and backs was always, in my eyes, an embodiment of how a flanker should play the game. Another favourite of mine was Heinrich Brussow when he came onto the scene. He was ferociously tough and could steal a ball through a keyhole.

What is your fondest memory from your Ikey playing days? 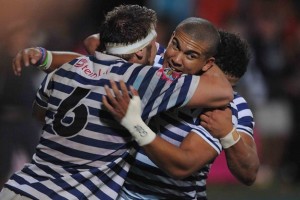 Nathan scoring the winning try of the 2014 Varsity Cup is a given. That was an unbelievable moment that will always stay with me. Another one of my fondest memories would also be the tour to Oxford in September of 2015. That was my first time leaving the country and it was truly an amazing experience all round in terms of the rugby we played, the people we met, the places we went and obviously the memories made. We went on to win that tournament under the leadership of my close friend Guy Alexander.

Who are some of the more difficult opposing players you faced during your time as an Ikey?

For me as a flank I would have to say Beyers De Villiers of Maties. I have always known him off the field and he’s a great guy. On the field he was always a brilliant player, incredibly tough, and consistent, which I respected.

What does being an Ikey Tiger mean to you?

For me, being an Ikey Tiger has meant becoming part of a second family, and having a home away from home. Coming from KZN at the end of 2012 I didn’t know anyone in Cape Town; but becoming an Ikey has given me that second family, and one that I’m extremely proud of. Since 2013 the only jersey I’ve played in is the UCT jersey; and like any other team, although we have had our ups and downs, it has always been an environment that is welcoming and enjoyable.

It means being a part of something that is bigger than you; and no matter where you are in the world you represent the Ikey brand. For me, that refers to a particular type of calibre of person; one that is competitive, yet supportive; confident, yet shows humility; and above all has respect for others. It’s the calibre of person that makes becoming an Ikey uniquely special.

What are the next steps for Ikeys rugby? How can the Club grow in 2018? 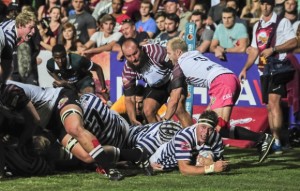 I think to firstly continue recruiting and finding student players who want to pursue an academic career while having a solid platform to play their rugby. Secondly, to continue the process of establishing a successful and self-sufficient rugby club within the university, and to continue supporting players by providing opportunities and careers they wouldn’t have had otherwise. Also, to be the forerunners of the University’s sporting clubs to encourage the other clubs to follow, and provide students with the opportunity to complete a tertiary education while playing their respective sports competitively.

In 2018 the club aims to be a top contender during the league and Varsity Cup, with the goal to win. I think in terms of growth it’s important to have a winning culture, because that’s when we have players coming to us and wanting to be part of UCT.

What advice would you give young players starting at UCT?

Young players must understand that it’s not just being about in the elite sides, but the Club has a lot of sides that provide many opportunities – such as the social leagues, koshuis, etc. At the end of the day, we are an internationally recognised institution offering a platform to play competitive rugby, and that’s something many youngsters may not realise coming straight out of school.

My advice is to be an all rounded student, be engaged at varsity and embrace the University experience. Get involved with what the University has to offer while at the same time enjoying your rugby. We aren’t students forever, and after Varsity the real world hits you. Many players either hang up their boots or just don’t have the time to continue playing due to work or family related reasons. So, I encourage the youngsters to get their degrees, because it will always be behind your name, even after your rugby playing days have come and gone.

What rugby ambitions do you have for the future?

At this point I don’t have any solid rugby ambitions after my Varsity career. I know I’ll be entering the working world and depending on that – I will see how rugby pans out for me. For the moment I just want to continue playing while I’m still in Varsity and leave my mark at UCT.

Any words to share with our Ikey old boys?

Yes. To the old boys, for their continued support, I would just like to thank you on behalf of everyone who knows what it means to be an Ikey Tiger. There are a lot of Ikey boys who wouldn’t have made it into Varsity, let alone support themselves financially – such as myself and many others – if it weren’t for the help of the old boys. In saying that, I would like the old boys to know that everything that is done for the players and the club is greatly appreciated.

An Introduction to our New Ikey Patron: Mr Neville Isdell
Scroll to top