1976 was a particularly good year for UCT Rugby with the team winning the Intervarsity and breaking a long drought of losses. The team that year was captained by Chris Pope who scored the all-important winning try against the All Blacks and wrote himself into the history of Western Province rugby and into the memories of those who were fortunate enough to be at the game. Other UCT heroes of the time that played in the dame were Peter Whipp, Doug Mather, Derek van der Berg, Butch Deuchar with Dave Zietsman on the bench.

On 17 July 1976 Western Province faced the All Blacks in front of a packed Newlands Stadium. The home side weren’t expected to trouble the tourists who had not been beaten in four previous years. Province were trailing by 11 points with 14 minutes remaining having failed to register a single point, after flyhalf Robbie Blair missed a staggering eight penalty kicks.

A converted try by right wing Bossie Clark gave Province hope but they were still trailing 11-6. In the dying minutes Dawie Snyman picked up a loose ball, darted down the touchline before passing to the Captain Morne du Plessis. The cover defence swamped Du Plessis but the big No.8 somehow off-loaded to left wing Chris Pope who dived over in the corner for a try; 11-10 to the All Blacks with a difficult conversion to come. Blair stepped up, having been successful at just one out of nine kicks at goal. The flyhalf nailed the one that counted to give the home side a 12-11 victory and sending the ‘Faithful’ into a frenzy. 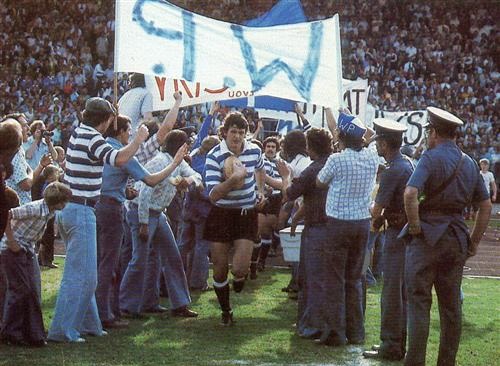 Bossie Clark Scoring Against 1976 All Blacks 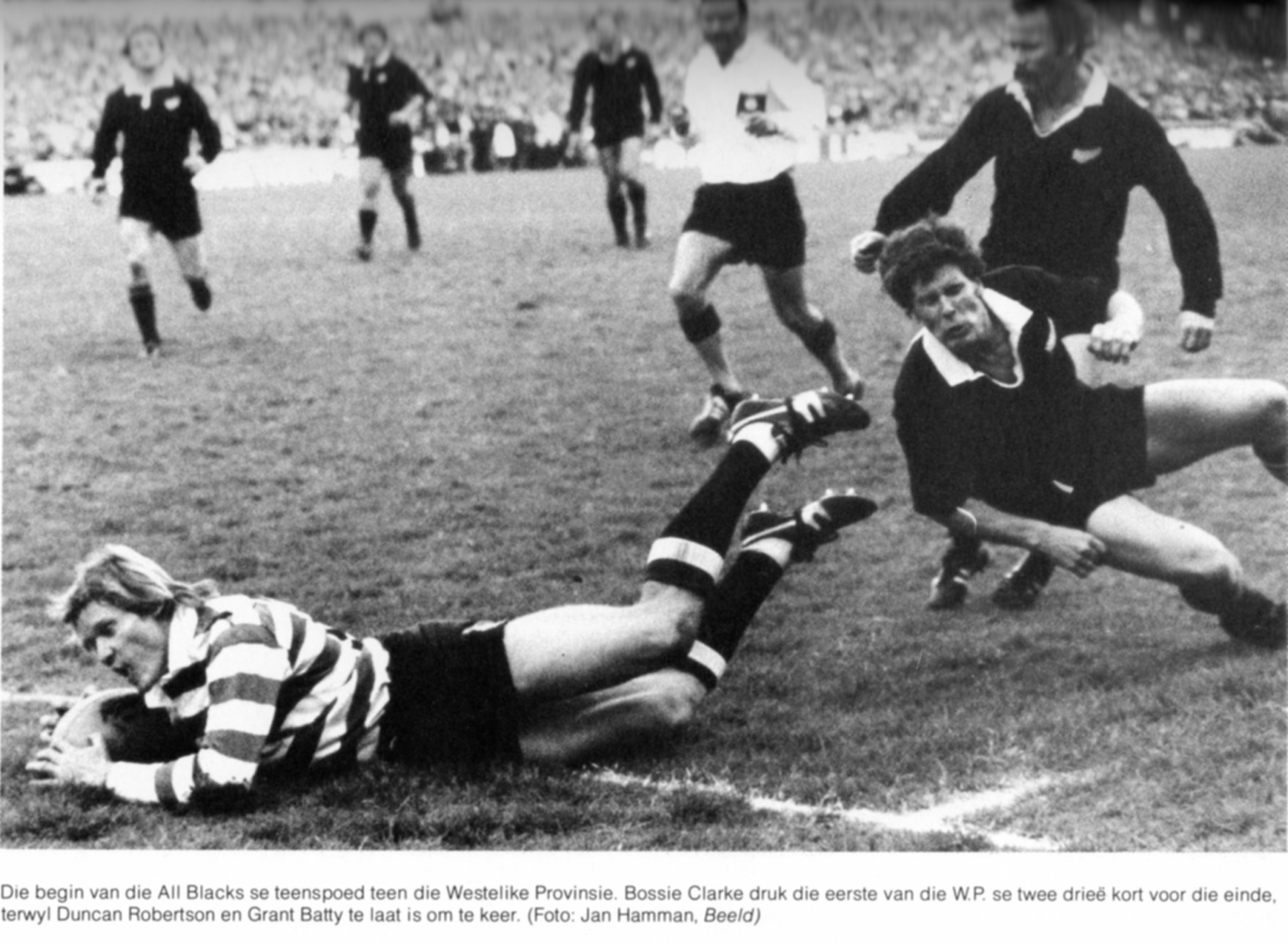 Andy Leslie – the 1976 All Black Captain – said after the tour: “South Africa is a country at war”. The tour was a disturbing experience for the New Zealanders in many ways and is without a doubt the reason for the title of Terry McLean’s book on this tour.

Terry McLean entitled his book “goodbye to glory”. An interesting title and a choice based on the fact that this tour was in many ways an end. It was a goodbye to innocence in terms of separating rugby and politics for New Zealand rugby players. . This tour was an eye opener for the New Zealand rugby people (players and administrators). As the teams prepared for the first test, in Durban, it was announced that Egypt had become the 29th country to boycott the Olympic Games in Montreal – a direct protest against the All Black tour. A month earlier, the Soweto Township erupted in violent protests against Afrikaans as a medium of instruction resulting in the shooting of hundreds of school children as police panicked in dealing with the protestors. 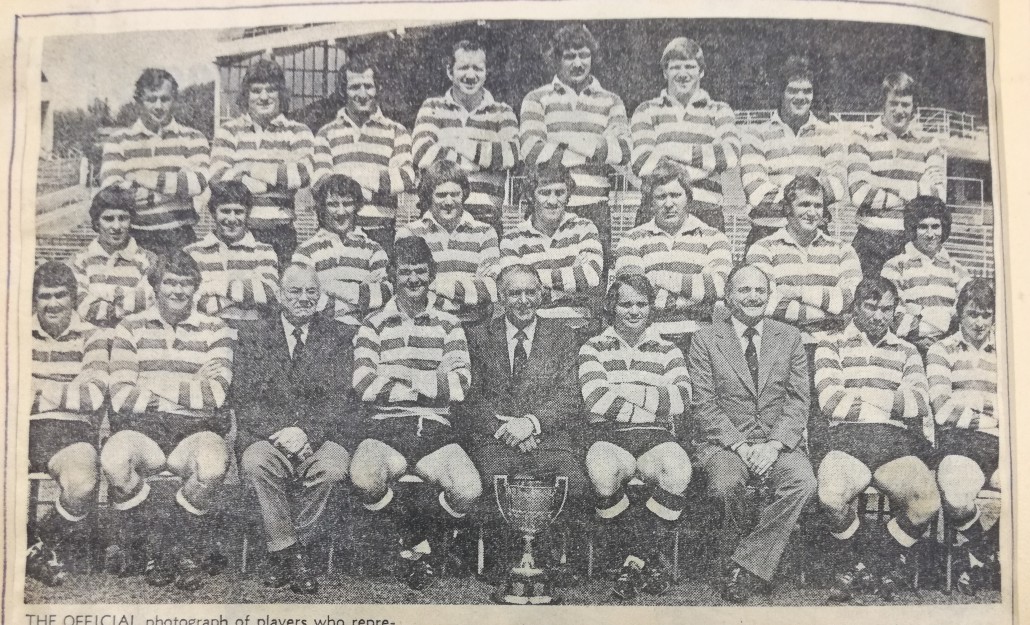 Southern Universities vs. All Blacks 1970
Scroll to top