There have been numerous outstanding UCT rugby teams over the years. Without fail, these teams have comprised of a group of players who form the fundamental components of all outstanding rugby teams. A powerful pack of forwards who have been able to provide the backline with enough ball to weave their magic is the common thread which makes up all exceptional rugby teams. Attack is balanced by rock solid defence in all of the best rugby teams. 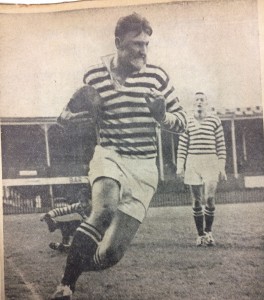 Those reading this piece might say, “Well, that is bloody obvious, isn’t it!” Well, my reply is yes and no. There have been teams which appear on paper to tick all the boxes, but fall short. Modern professional teams, with rare exceptions, share one inescapable factor with those of the pure amateur era. This, I submit, is the indefinable factor of a group of players who are more than a rugby team; they are a close-knit band of brothers, a rugby family, a fraternity who play for each other as much as their own ambition and desire to be the best rugby player in their position, on the field.

Another factor driving some of the best teams we have all seen in action is leadership, from the captain and from the coaching staff. The support and encouragement the team receives from their supporters is a massive motivational component in the success of all very good teams. The response and attitude toward a successful team from the public is the other feature accompanying exceptional teams.

A personal view of some of the very best teams of the past and the present reveals that often those teams which have to struggle against adversity and seeming disadvantages, frequently take the ‘against factors’ and turn them into a motivational weapon which they thrive on.

Such a team was the UCT First XV of 1960/1961. Varsity, as the UCTRFC team was known as in those halcyon days, was the fulfilment of a combined effort on the part of Doc Louis Babrow, Tom Hugo-Hamman and Basil Bey, three legendary UCT rugby men. The late 1950s had not been a great time for UCT rugby after the powerful team of the early fifties wrote themselves into the UCT rugby folklore. As happens, the hiatus between very good UCT rugby teams is typically a period of 5-8 years. 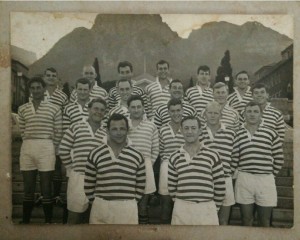 Along came Basil Bey’s Boys and the climax of their scramble up the rugby totem pole in the very powerful and competitive Western Cape premier club rugby system took a year or two. In 1961 the team capped their fine performances in 1960 by producing exhilarating rugby in the Grand Challenge Competition, and beating the Maties at Coetzenburg in Intervarsity. It was a case of the Ikey cup running over.

Much has been written about the UCT First XV pack of forwards, and every bit of praise and tribute paid to them was richly deserved. As the backline players would say with glee and a chuckle; ‘Enough talk of the piano-pushers, the real show is what the piano players produce.’

A number of very good rugby players graced the UCT First XV backline in the 1960/1961 period. Time and space does not allow for a pen-picture of each of these men in this tribute to players of that era. A few spring to mind; John Colley, Graham Gomm, and Frankie Rossouw spring to mind. Ancient Relics Syndrome Extended (ARSE), which I and others keep company, will mean that some good men will not be mentioned. My apologies.

I have been fortunate to know each member of the UCT backline which played in the 1961 Intervarsity. Some I have known better than others, but one thread is common to these seven men. They all graced the noble game with enormous skill, courage and flair. Here goes with my personal snapshots of each player:

Frank Duk
Frank would never be accused of being a shrinking violet. If Frank had his way, he would have told the forwards how to play, and expected them to follow his instructions to the letter. In fact he often did preach to the forwards.
I distinctly remember a game in which I played for Varsity at Newlands, in 1964, when the stentorian tones of Frank, all the way from the back, told us forwards what we should do.

In the midst of this galling diatribe the deep voice of our master centre, Piet Olivier, rang out clear as a bell; ‘Shut up Duk!.’ For at least 30 seconds peace reigned, and the pack of forwards was convulsed with mirth.

Frank was a very good rugby player, who made up for his bulk with a turn of speed and innovative ideas; plus courage galore. His singular trait was his huge self-belief and confidence in his own ability. 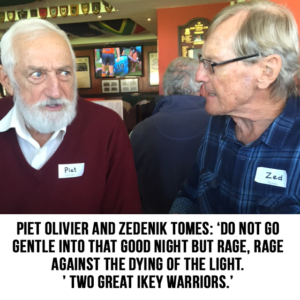 Zed Tomes
Zed was a very special player. Zed was big for a wing in his time, but fast despite his powerful frame. He was a great finisher and a superb toe place kicker. His record of 38 points in one game, under the old scoring system, was nothing short of remarkable. Six tries and 10 conversions out of 10 tries the team scored that day, equaled the record of Ron Jarden, the great All Black wing, who scored 38 points for the All Blacks against an Australian XV in 1951. Zed went on to play for W.P and E.P. I have no doubt that if Zed had been a Matie he would have been a Springbok.

Piet Olivier
Again, Piet was a player who would have been a Springbok if he had been a Matie. Big, powerful, a deadly defender with a big boot to boot, and in tandem with Zed was a tremendous weapon for the Ikeys. Piet could also play fullback more than competently, which is why he was the man to tell Frank Duk that he was not the only player on the field doing his job. Piet played provincial rugby for W.P and E.P with distinction. A wonderful UCT rugby man who graced not only the game of rugby during his career, Piet went on to be a successful businessman, and a treasured friend.

Neville Isdell and Steve Leith tell a highly entertaining story about Piet when he captained UCT in a ‘friendly’ game against Windhoek Wanderers while on a mid-year tour of Namibia. Apparently one of a set of twins who played for Windhoek Wanderers was convinced that Piet had ‘fixed’ his brother. Piet had not, but the irate ‘Sudwester’ took it
upon himself to seek reparation. The normally composed Piet was attacked for no good reason and responded as any Ikey would. If memory serves me the game was called off by the fearful referee. The clash should have been dubbed, ‘The Dustup in Windhoek.’ 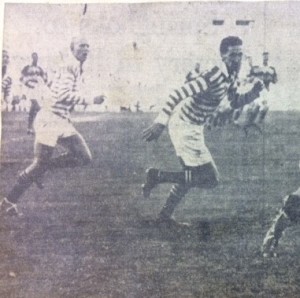 Mike Gillies
Mike was so good that even Doc Craven had him in reserve to fly to Durban to play for the Springboks in 1962 if Keith Oxlee failed a fitness test before a test against the 1962 British & Irish Lions. Oxbox was declared fit and Mike lost the opportunity be shine as a Springbok. Mike was a hugely talented all round sportsman who excelled at athletics and beer drinking (Castle is Koning). Mike played provincial rugby but was a cut above that high level, and if he had relocated, say to Johannesburg, his career would inevitably been prolonged and rounded off with higher honours. Another facet of Mike’s rugby repertoire was his ability to play flyhalf or centre, equally well. In a star studded UCT backline, Mike was arguably the most talented rugby player in the 1961 Ikey backline.

Geoff Holmes
Geoff was a highly intelligent man who went on from rugby to forge an effective civil engineering company with another UCT rugby man, Pete Farber.

As a rugby player Geoff was enormously competitive and determined. Despite the fact that he did not possess blistering pace, his passionate vow that the famous and lightning fast Springbok wing, Jannie Engelbrecht, would not get past him was a valid claim. Jannie did not get past Geoff. Geoff played for W.P on the wing with distinction.
Another noteworthy contribution Geoff made to UCT rugby was his contribution in money and effort in getting the I00 CLUB off the ground in the early eighties, in tandem with Pete Farber. At the time it was a very significant groundbreaker in soliciting support from UCT rugby supporters of all vintages to give back to Ikey rugby. Geoff made a huge contribution toward bringing the need for ex-Ikey to put money and time back into the club. 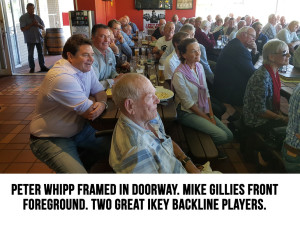 John Benn
A quiet, unassuming man who played quite brilliantly for UCT, John should have been given far more opportunity to play for W.P than he was afforded by the selectors at that time.

John was a neat, complete flyhalf, who unobtrusively did everything a player in the crucial position of flyhalf needs.

Dave Barrow
Dave Barrow was a remarkably gifted all round sportsman. He played squash for South Africa, was South African squash champion more than once, and captained our national squash team with great distinction. I clearly remember Dave playing his league squash on a Saturday morning, disposing of his opponent swiftly and comprehensively, and then playing for Varsity in the afternoon with all the verve and energy he possessed.

Dave was an effervescent, ball of energy on the rugby field, gave John Benn an excellent service, and popped up all over the field when and where it counted. A cheerful individual, Dave lifted the spirits of the team with his enthusiasm and that special quality which good scrumhalves possess. 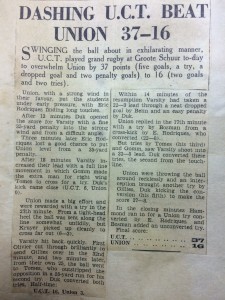 The men from this famous Varsity backline are notoriously difficult to draw out on their exploits. They are genuinely modest to a degree where, although I have known a man like Zed Tomes for 68 years (we were both students at De La Salle College in East London in 1950), it is nigh impossible to draw him out of his, ‘Ja well Gavin, that was a long time ago’, is his response when I reminisce about the grand days of Varsity rugby in the 60s. I
am a persistent old relic, and decided that I would go ahead and paint a personal picture of these men as rugby players and as men.

Once a year a bunch of us fortunate enough to still be ticking along, handling the twitches of life and age as best we can, gather at the instance of Neville Isdell to spin tales of how good we think we were, and enjoy the precious comradeship which has endured nearly 60 years.

Stellenbosch might have had their famed ‘Thin Red Line’ early on in the 20 th Century, but we had a very special ‘Blue and White Ikey Backline ‘in the early sixties. We will always remember them with admiration and affection.