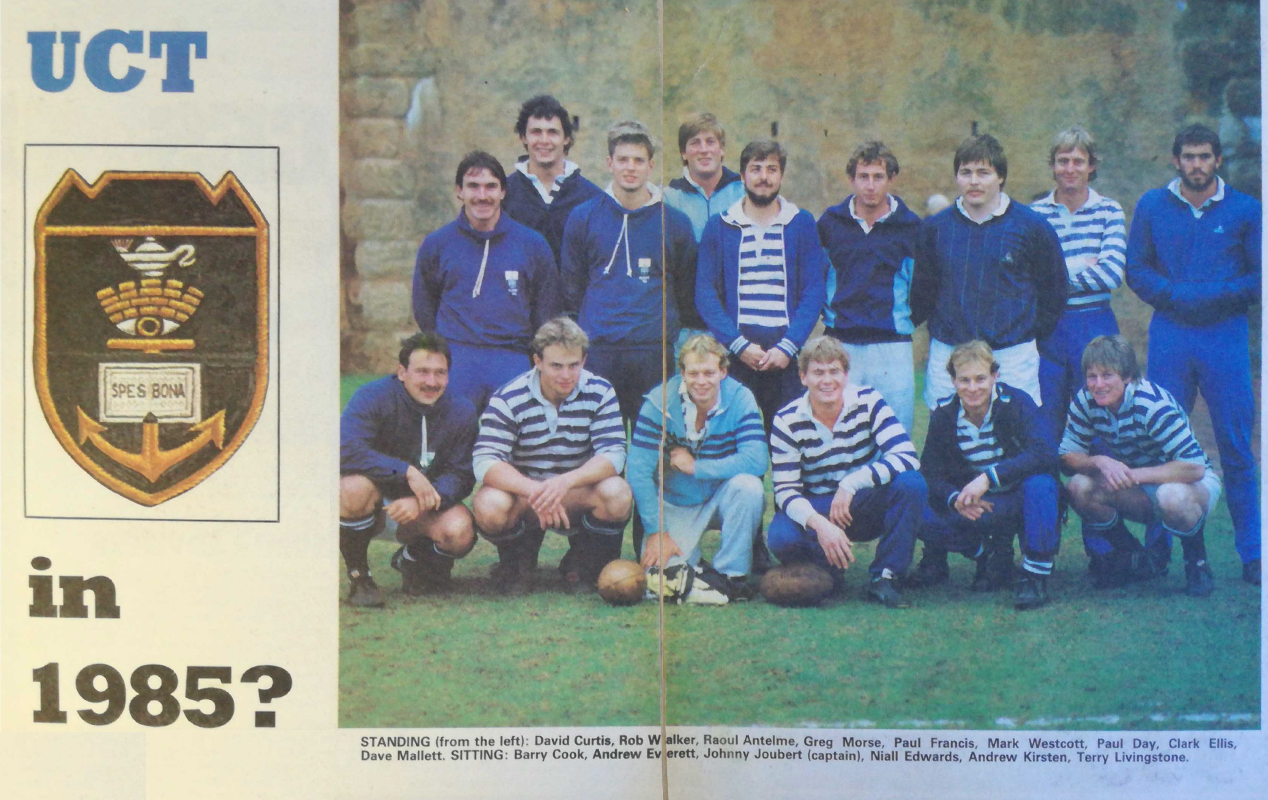 It is with a sense of sadness that the club bids farewell to one of its longest serving sons.

Paul “The Godfather” Day has conducted his final scrum session from the seat of the scrum machine that he was so instrumental in organizing for the club. And while we are certain he will not miss that icy zephyr that tends to find its way through even the toughest of outer layers, there are a host of budding front rankers who will miss him. As can be seen from 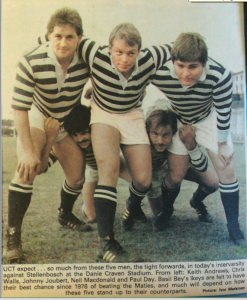 the tributes below, Paul has been hugely influential on a myriad of players and teams over a myriad of years. Thank you, Paul, and all the best with whatever you choose to do going forward. Please know that there will always be a place for you in the corner of The Ikey pub.

As a 125kg tighthead prop that formed part of a front row that was heavier than most provincial front rows, I had found things relatively easy going come scrum time at school. Under Gus Enderstein and with James Swift as our loose head, things also went quite smoothly for us at UCT and WP U20 level too. But come those early UCT 1st XV games as a ‘lightie’ asked to tame the likes of Kobus Kirsten, Toks van der Linde and Garry Pagel, things suddenly got a whole lot hairier.

And I could not have asked for a better mentor than Paul Day as I looked to introduce this new thing called “Technique” to my scrumming repertoire. I loved the Wednesday night sessions against the machine or the Eagles, but it was those Saturday night chats in the pub after the game where I perhaps got the most value out of Paul. It was a true privilege to call him coach.

Sorry to hear that Paul is retiring. He is a fantastic bloke and is truly a scrum guru. When I took over the 1st XV in 1985 he was an integral part of an absolutely potent front row – Paul, Jonny Joubert and Keith Andrews. Over the years, I have been privileged to coach some really good teams. 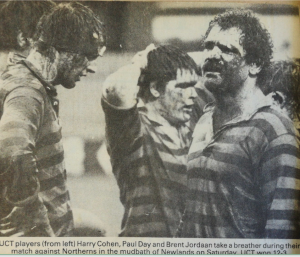 The 1985/6 Varsity1st XV was right up there and built on the dominance of our scrum. It is the best scrummaging pack I have ever been involved with and Paul was the technical brain behind the scrum. He was a brilliant scrummager. In a game against Paarl, their prop went off with an injury and it took 10 minutes to get the replacement on. He was petrified and hiding in the toilet. Province had a potent side in 1986. We scrummed against them at a practice. Jonny was unavailable and Robert Cockrill (ex Bok and Province hooker) took his place. He told me that it was the best scrum he’d ever been involved with and that it was like being in a Rolls Royce.

Take a bow Paul! The one thing we did do though was practice scrummaging. A minimum of 150 scrums a week. We used to be still at it when the moon was high in the Cape sky.

You were one of the best scrummaging looseheads I have ever seen.

I have so many positive memories about Paul Day. The “Godfather” was such a brilliant mentor and support for me and the team. He was always consistent and calm, and caring. He loves the club and the people, and has given so much. 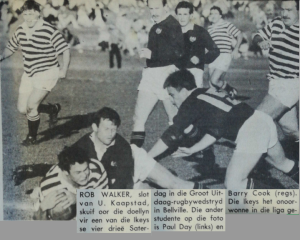 I loved having Paul on my side especially on game day, the last fist pump before kick-off as the coaching team all gathered round to sit together. The Godfather would have a smile, and you just knew that the pack was going to deliver! I loved the way Paul would whip out his binoculars before each scrum to get every inch of detail; and then whip out the old whiskey flask to keep the nerves at bay.

Paul is one of the most modest people I know, he never raised his voice yet held everyone’s attention. He was always the ultimate gentleman and represented the club with such dignity, yet on the inside was one of the most competitive Ikey warriors who would stand back for no one in the battle.

My greatest memory is winning the League with Paul. I will never forget when that final whistle went up on the Green mile and we had defeated Vics with a bonus point. Giving the Godfather a big hug and just feeling all the years of emotion and passion. We know how much that meant to us.

I miss him so much and wish him all the very best as he hangs up the binoculars.

As his Gambler song rings out in my head… “You’ve got to know when to roll them, know when to walk away….” Paul can walk with his head so high. He is, and always will be one of my greatest rugby mentors.

When I was converted to a tight-head prop from flank, in my first year in open rugby, I was fortunate that Paul Day was our lose-head! He taught me everything I know about tight-head play! Paul was and still is very generous in giving advice about front-row play! 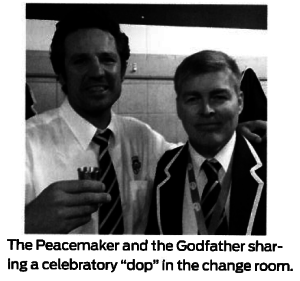 Without a doubt, one of the best loose-heads technically, I had the pleasure to pay with! Many a times he would give tight-heads like Hempies Du Toit and especially Balie Swart a tough time!

Even though Paul was small in stature, al his opponents feared him and they knew that they were in for a tough day at the office!

UCT Rugby has been very fortunate to have Paul as the front row guru for many years! Enjoy the ‘retirement’ Paul!