The Ikey Tiger Spirit was alive on Thursday evening, 21 June 2018, at the Club’s annual Black-Tie Dinner. We celebrated with much laughter, stories and a drop or two of help from our friends at Zevenwacht Wines, Castle Light and Flying Fish.

The WPCC Oaks Room was packed to capacity and what an evening – the atmosphere was alive with possibility and positivity for the future of the Ikey Tigers. Chris Campbell stood in as MC for Howie Kahn who’s wife was in hospital about to give birth to their first child! Chris did a great job particularly considering he flew in from the UK that morning!

Club Chairman, Greg Fury, thanked all those that had contributed financially or with their time. The Club has had a much better year both on and off the field and there are great expectations for the year ahead. The new “Experience UCT Ikey Tigers Rugby Video” was played to much excitement and applause and reflected all that is good with the club at the moment. 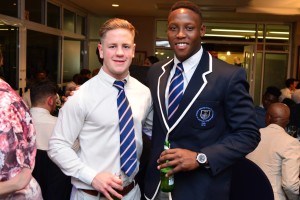 Two announcements were made, the World University Rugby Cup Championship takes place in Japan next year to coincide with the Rugby World Cup. The Ikeys are the current holders of the cup are awaiting the invitation to defend our title. UCT became the first World University Rugby Cup champions when they swept aside Trinity College Dublin in the final on 21 September 2015. The other announcement is that we are intending to have an annual pre-season game “The Doc Cecil Moss Memorial Game” in memory of arguably the greatest UCT RFC player/coach/administrator to have served the club. The game will be against an invitation team made up of players from other Western Cape clubs. 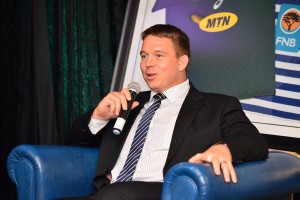 Our star-studded panel was made up of former Bok Captain John Smit and former England prop Matt Stevens (who played for the Ikeys for a short period at under 20) interviewed by Matt Pearce. Both players took part in the 2007 World Cup, where South Africa beat England in the final. There were some humorous stories, mainly involving Bakkies Botha and Pieter De Villiers that had the audience in hysterics. Matt Pearce’s mimicking of Pieter De Villiers and others was also very impressive. A huge thank you to Johnny Biederman-Pam, Sue Kilroe and a number of helpers for organising this year’s dinner. To view the full photo gallery, please click here.

POSITION AVAILABLE: UCT Ikey Tigers RFC – UNDER 20 ‘A’ AND YOUNG...

Lanning’s Liquid Build Up to Intervarsity
Scroll to top