You are here: Home / Ikey Tigers / A Tale of Two Boys

This is a story of two boys who came from the Eastern Province of South Africa. They were born 51 years apart, from two very different lineages and backgrounds, but a thread of connectivity makes their tale a fascinating one.

Vincent Alexis Mai was born of French parents in the Cradock farming area of the Eastern Cape in 1940. Siyamthanda Kolisi was the child of Xhosa parents, born in 1991, and raised in Zwide Township outside Port Elizabeth, Eastern Cape. 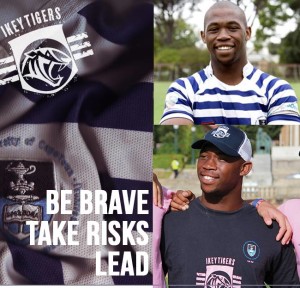 The jeune garcon from Cradock went on to Grey High School, Port Elizabeth, where he excelled at sport and achieved a solid scholastic record. The kwedien from the township went from the hard school of knocks named Zwide Township to Grey High School, where he excelled at rugby and achieved a solid scholastic record.

Vincent Mai went from Grey High School to the University of Cape Town where he excelled at rugby while studying accountancy, while articled to Deloitte & Co. In 1964 he moved to London and went on to establish a glittering track record as a merchant banker in London and the USA over a period of years. He became respected for his integrity, vision and leadership in a profession which required great determination and commitment to standards of excellence and integrity to be an example for attracting investors.

Vincent Mai established a bursary scheme at his old school back in South Africa for worthy recipients from backgrounds of lesser privilege, who deserved an opportunity to gain an excellent education at one of South Africa’s great boy’s schools. The first recipient of the Vincent Mai Bursary Scheme at Grey High School was Siya Kolisi,
the boy from Zwide Township. 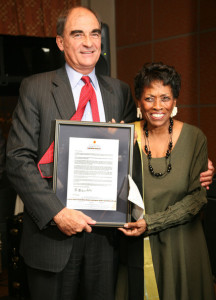 In 2010 Siya Kolisi moved to Cape Town and became a member of the famed UCTRFC, nicknamed The Ikeys. So rapid was his progress in the tough professional rugby arena that Siya soon graduated to playing for Western Province, and in 2012 he made his debut for The Stormers, the professional rugby franchise based in Cape Town.

In June 2013, a day before his 22 nd birthday, Siya became a Springbok rugby player against Scotland in Nelspruit, South Africa. On the 28 th May, 2018, Siya became the first black captain of a Springbok team, scheduled to play 3 test matches against England in South Africa. The second test, to be played in Bloemfontein, took place on the 16 th June, Siya’s 27th birthday.

The circle is not complete. It is still a work in progress. The boy from Cradock who went on to fame and fortune, and the boy from Zwide Township, are inextricably linked by a common thread. Both grew up in the Eastern Cape of South Africa. Both went to Grey High School, Port Elizabeth. Both became proud and passionate members of one of South Africa’s great rugby clubs, UCTRFC. Both men have achieved far more than fame and fortune in their respective careers. 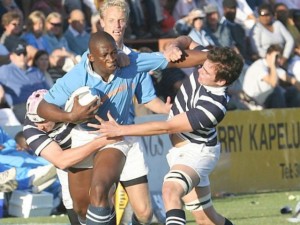 The striking commonality is the courage, resilience, generosity of spirit, leadership qualities and sheer charm of both men. The Eastern Cape, Grey High School, UCTRFC (Ikeys), and their legion of admirers and friends are very proud of both of them.

The Tale of Two Boys from the Eastern Cape is a story with a rich, colourful background and how it unfolds in the years to come makes for a saga of what Franklin D Roosevelt described as, ‘Happiness lies in the joy of achievement and the thrill of creative effort.’

‘We cannot seek achievement for ourselves and forget about the progress and
prosperity for our community….our ambitions must be broad enough to include
the aspirations and needs of others, for their sakes and for our own.’