The gridiron football team of the University of Michigan, the Wolverines, is currently visiting South Africa starting off in Cape Town and then flying to Gauteng. A party of about one hundred players, as well as a large coaching and support team, made the trip.

The icy wind that was blowing at the ground on Saturday during the league matches against Paarl had abated and it was a warm 22 degrees when the event kicked off. Matt Pearce was MC on the day and gave a message that the Americans should go back to America and tell people about South Africa. This after having to explain that he was the equivalent of an “Announcer” in American sport! The Wolverines Head Coach, Jim Harbaugh, spoke on behalf of the tourists, noting the beauty of Cape Town and South Africa. He went on to tell us that the Michigan football team was in its 140th year and had been going from 1879. He also said that that they had historically been the most successful University team in football history.

The Wolverines and Springbok coaches headed off to Smuts Hall for an Indaba and the Ikey Coaches put the rugby players through various rucking, mauling attack and defensive drills. The linemen were encouraged to check out the scrumming and lineout drills and the quarterbacks and wide receivers encouraged to watch the backline drills. This was followed by a short ten-minute practice game between the Ikey and UWC under 20 teams. The teams gave it a real go and there were some big hits and tackles, much to the delight of the American players watching.

It was then the turn of the Americans to demonstrate some drills. This included grappling and wrestling drills and the Ikey and UWC players joined in. The speed at which the Americans can throw the football was an eye-opener. As with cricket, watching on TV it is difficult to pick up the real speed of the ball through the air. There was also a nice exchange between the Americans and youngsters from Busy Bees with multiple balls being thrown to the enthusiastic catchers. To end off the coaching there was a fun kicking competition between Lohan Lubbe the Ikey kicker and the kicker from Michigan, using both rugby balls and gridiron balls. The contest was declared a draw.

A Springbok rugby jersey was handed to the Americans by Elton Jantjies a Springbok Sevens jersey by Philip Snyman and UCT/UWC also handed over jerseys to the visitors. This was followed by a braai at the Ikey clubhouse.

Take a look at some of the pictures from the day, below. 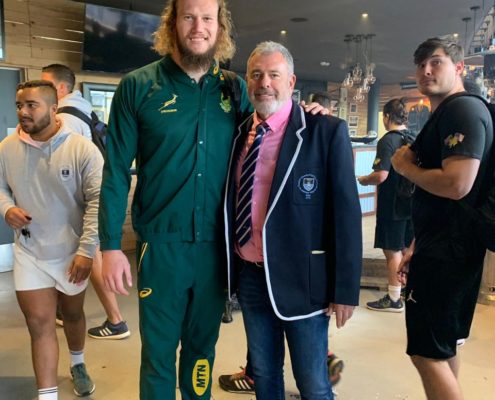 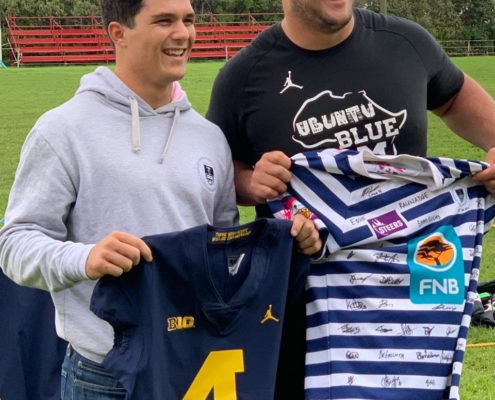 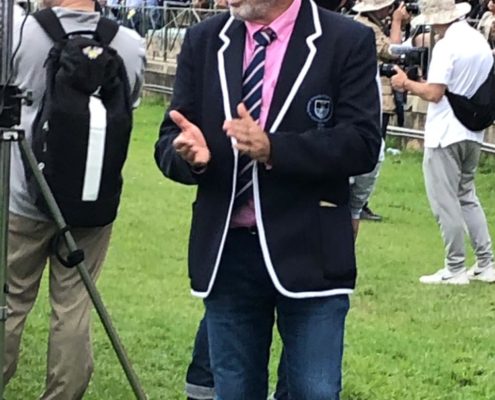 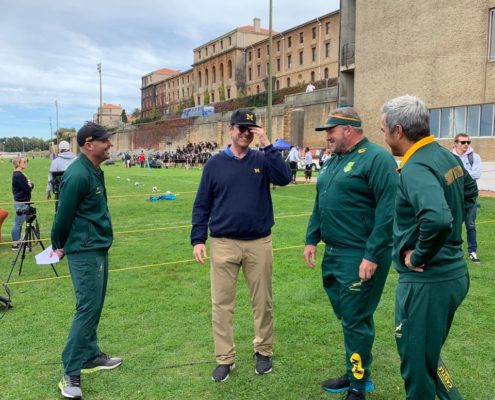 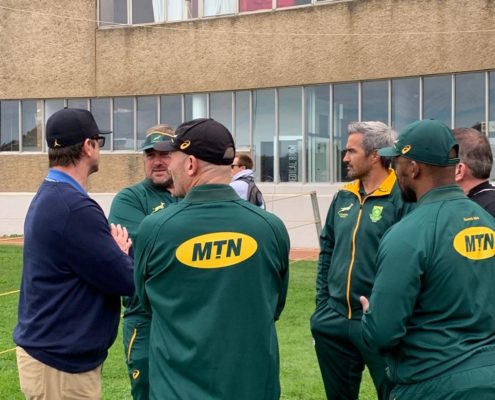 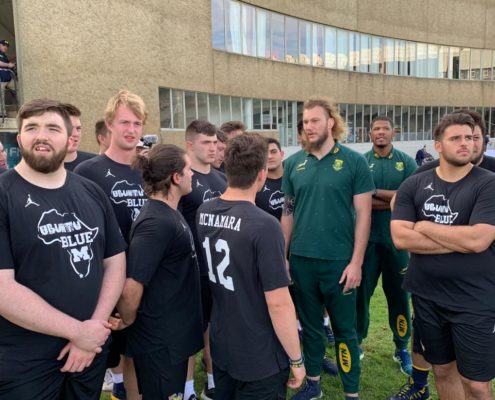 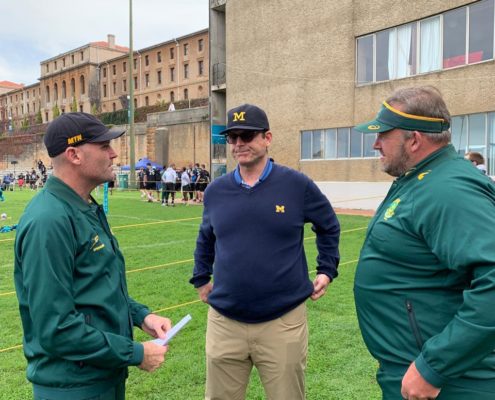 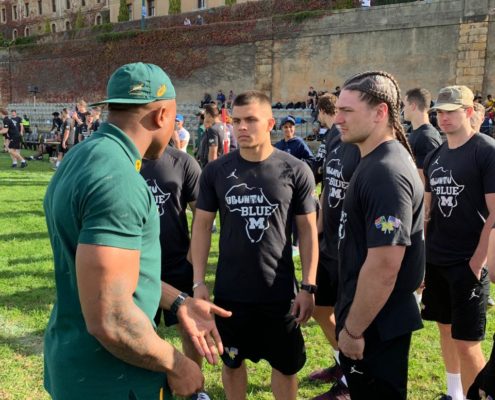 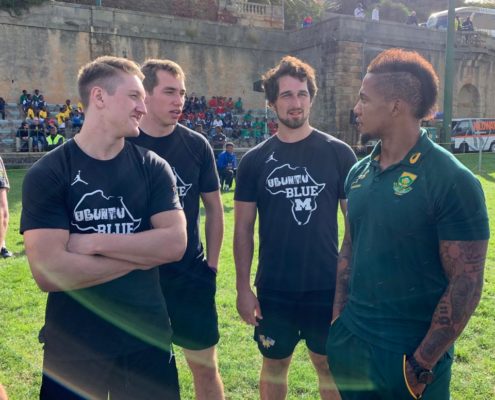 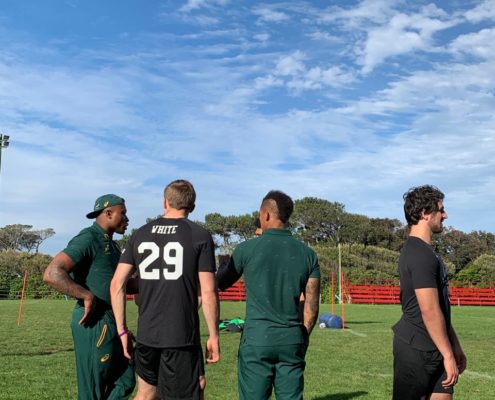 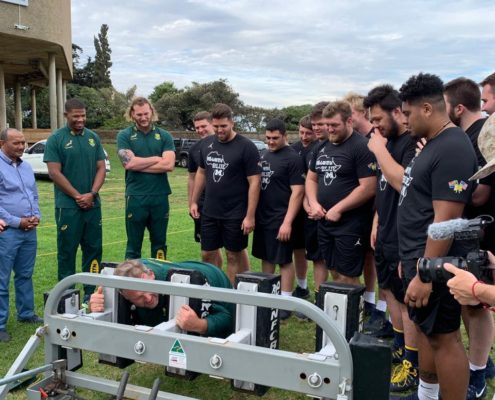 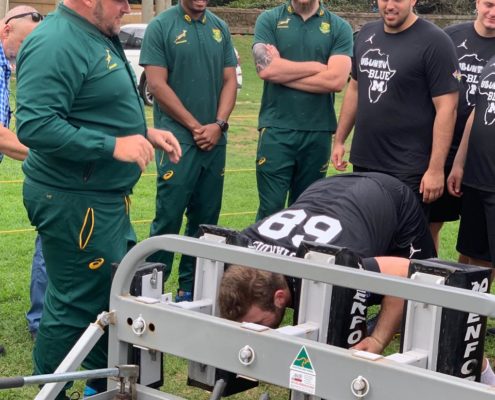 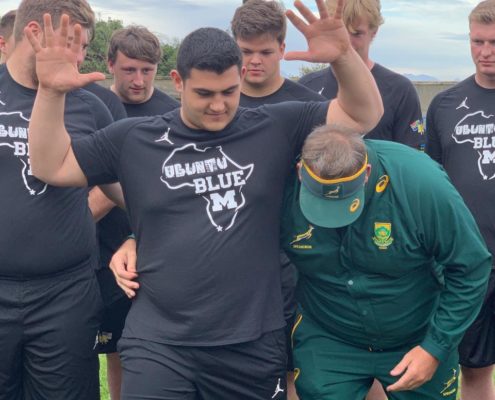 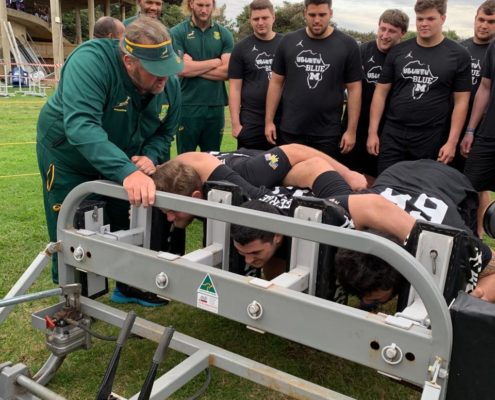 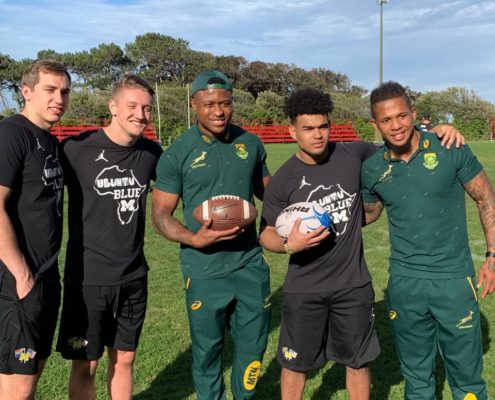 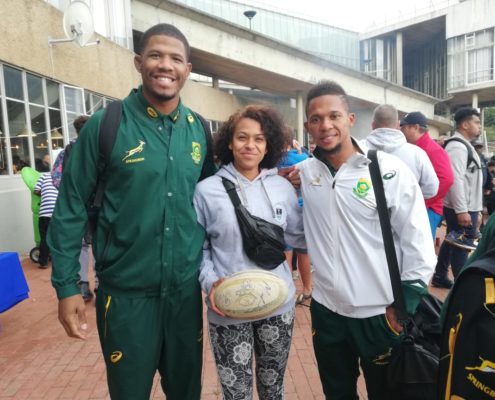 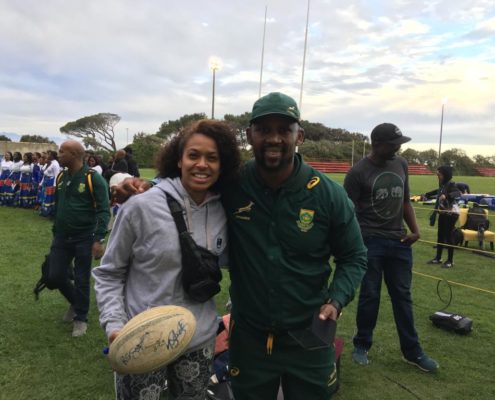 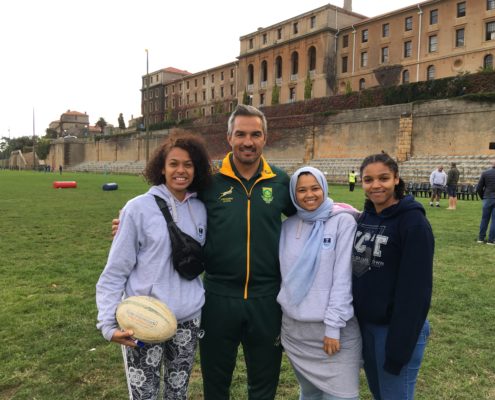 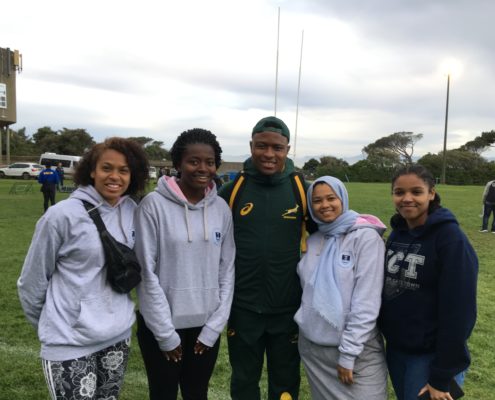 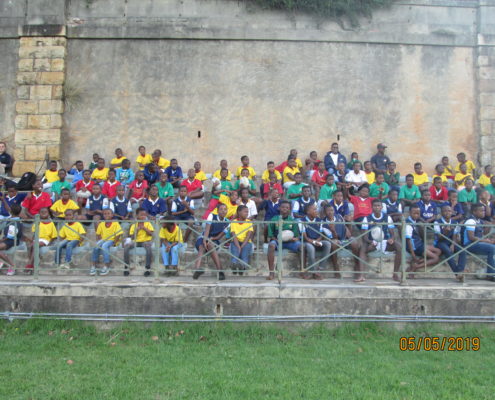 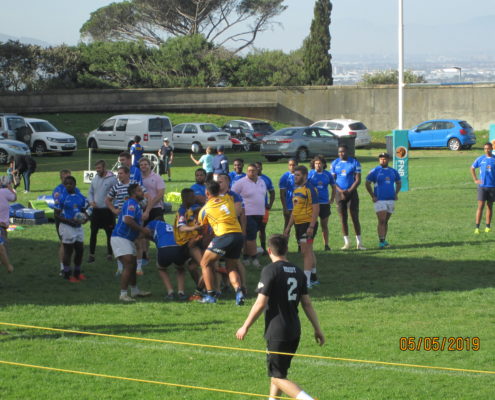 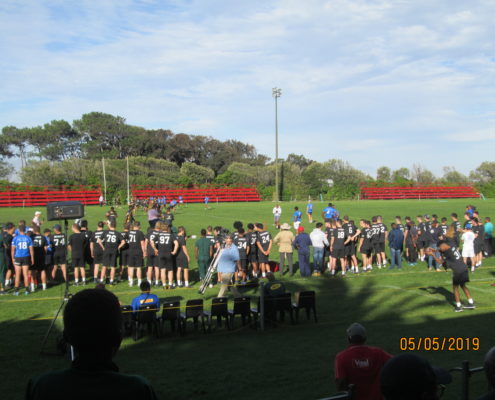 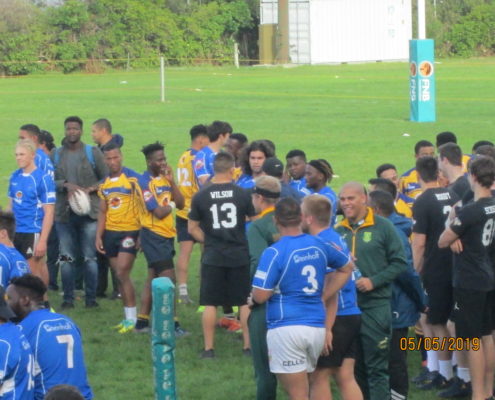 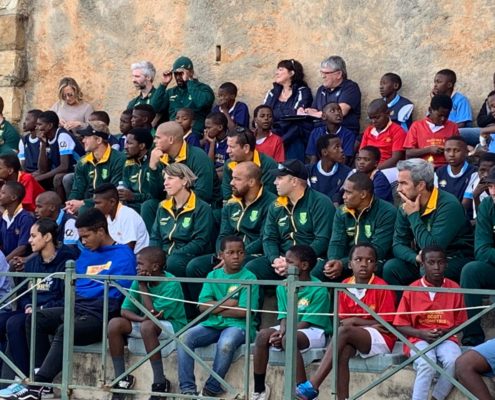 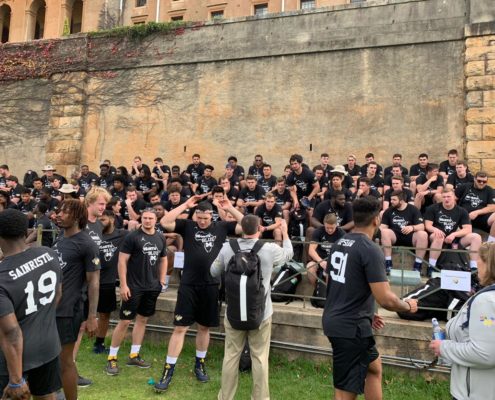 Another Clean Sweep For UCT In The Western Province Super A-League As They Look...
Scroll to top