Remember Dallen Stanford, one of the smallest centres to ever roam the Green Mile – but who put in bone jaring hits! Some of those happened to be on the field as well!

What Is Your Favourite Varsity Rugby Memory?

As an Ikey, What Were You Best Known For? (e.g. Drinking, Hand-offs, etc.)

Massive tackles (after 1am) which included taking down Springbok coach Nic Mallet at a UCT function; captaining the Cape to Rio Cane Train; ending the UCT Sports Awards Dinner in 2001 thanks to a fire hydrant; taking the 2nd bum funnel from Wella and Dr Hartford (after Danny Palm).

Who Was Your Closest Teammate? Why?

Grant Kolesky introduced me to living like a Natal Shark, which included losing my front teeth in Durban. We had the best of times on and off the field with the whole squad throughout the years, I only single Kolseky out because he paid me R400 to tackle Nic Mallet.

Who Was The Best Player You Played Against As An Ikey?

Schalk Burger – Maties (Back when he had hair)

Who Was The Best Player You Played With As An Ikey?

What Do You Think Is The Best Thing About UCT Rugby?

The friends and characters that you meet through your involvement at UCT Rugby, and the way the game is played with that special Varsity spirit!

Did You Play Any Rugby After Leaving UCT RFC?

Extremely fortunate to have played USA 7s from 2006-2009 on the HSBC Sevens World Series, taking part in 13 tournaments and the 2009 Rugby World Cup Sevens in Dubai. It was a massive honour playing against Blitzbok and UCT legends Gcobani Bobo, Mpho Mbiyozo, Kyle Brown and Paul Delport! Plus the sneaky Mat Turner for England.

These days I play touch rugby 2 to 3 times a week with the Beachboks in Santa Monica.

Where Are You Now?

Los Angeles, California.
Spent 4 years in Austin (Texas) as my wife received a scholarship to complete her Masters Degree at the University of Texas at Austin.

What Are You Doing Now?

Fulfilling a dream as commentator on the HSBC Sevens World Series, and for World Rugby, USA Rugby, Major League Rugby, CBS Sports Network and ESPN. To date been involved in 32 Internationals and 12 World Sevens Series events, including the 2018 RWC 7s in San Francisco.
Despite the result, it was a thrill to call the Springboks v Wales encounter in Washington, D.C. earlier this year.
Announced fellow Rondebosch and Ikey Tiger, Marcel Brache, on several occasions for the USA Eagles: Here he is scorching Russia!

Other work passions include using rugby as a vehicle for social change through Play Rugby USA and creating more opportunities for coach development and community involvement through Friends of the British Council and Premiership Rugby.

While I’m not involved in rugby I post rugby videos on TheRugbyCorner.com and print commentary inspired shirts online!

Are You Still In Touch With Any Ikeys From Your Era?

Played alongside Matt Hawkins for USA 7s and Belmont Shore for many years!

Absolutely! Once an Ikey always a Tiger.
It’s brilliant to see UCT return to the fame of the early 1990s with packed stadiums at the Green Mile, supporters going mental, and of course the club producing unbelievable results on a consistent basis! I must congratulate the Ikey leadership for shaping the club’s future.

If any Ikeys ever travel through the USA or attend some of the Sevens World Series stops, please connect with me:
Instagram @TheRugbyCorner
Twitter @TheRugbyCorner
Facebook Dallen Stanford 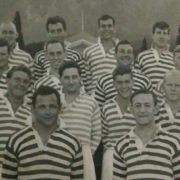 A Tribute to Mike Gillies 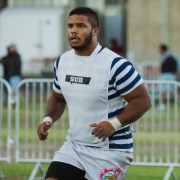 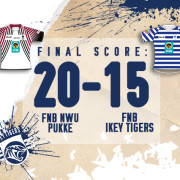 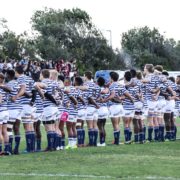 Becoming An Ikey Tiger for the Rest of Your Life 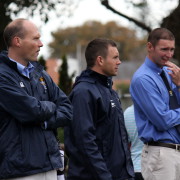 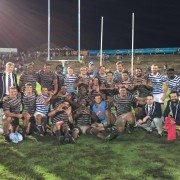