It’s hard to believe that Basil Bey is no longer with us. However, it is not that difficult to believe that the spirit of the man will live on in those of us who had the privilege of knowing him. His influence as a teacher, coach and mentor is immeasurable.

My first encounter with Basil Bey was in 1961. He was a student and a legendary captain of the UCT first XV. I was in my matric year at Rondebosch Boys High School. He had come to watch a rugby match in which I happened to be playing. After the match, he asked some of us if we were coming to UCT when our schooling was over. I took his question as an instruction. There was no doubt where my compass was pointed.

A number of years younger than him, I never played with him, but years later, from 1979 through 1983, I served as his assistant coach for the ‘Varsity first and second XV. It was during this time that I came to understand why he was such a much-loved teacher of boys. He was humble, soft spoken and yet, passionate and more … he was a kind man. I can’t think of a finer compliment for a human being.

As often happens in coaching, players lose form and are dropped from the team. I loved the way he dealt with it. If criticism of any of his players was due, it was delivered in a way that the individual never felt that his spirit had been broken. 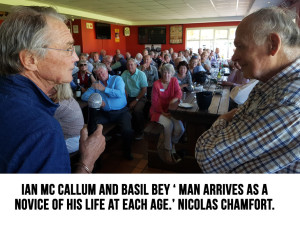 It was in our coaching years that I discovered Basil’s interest in astrology. Being a little sceptical but nonetheless, interested, I came to the conclusion that his interest in this ancient science had less to do with charts and predictions than with his deep conviction – that every man and woman comes into the world with a unique worth. He looked for that individual value, worth, talent, flare and spontaneity in others.

In short, he looked for the poet in all of us. And he loved poetry. Here are a couple of verses from one of his favourite poets, Lawrence Ferlinghetti (read it slowly and read it as if Basil was reciting it … you will hear him):

Constantly risking absurdity
and death
whenever he performs
above the heads
of his audience
the poet like an acrobat
climbs on rime
to a high wire of his own making
and balancing on eyebeams
above a sea of faces
paces his way
to the other side of day
performing entrechats
and sleight-of-foot tricks
and other high theatrics
and all without mistaking
any thing
for what it may not be
For he’s the super realist. 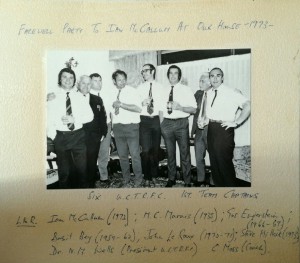 Finally, for me, Basil Bey was a yard stick for human decency. He was just one of those rare individuals who you could turn to in person or in thought. Whatever you needed to do or say, hinged on the answer to a simple question: Would Basil Bey approve? He was one of Nature’s giants.