Basil had had a painful battle with cancer, and Wednesday Nov 9th fell into a coma. He was taken to the Kingsbury hospital and he died just after 08.00 Thursday morning.

Basil had a vast knowledge and understanding of rugby. He was a player of great character and a brilliant coach.

Alan Douglas remembers Bey, a new man at UCT, standing up at the rugby club’s annual general meeting and introducing himself with the words: “My name is Basil Bey. I am a rugby fanatic.”

Basil had come from Salisbury, Rhodesia (now Harare, Zimbabwe) where he had been the head prefect and captain of rugby at Prince Edward School. At UCT he changed from lock to prop and became the charismatic captain of UCT, loudly urging his team to PLAY. After a long spell at UCT, Basil went off to Simonstown High and played for False Bay, taking others with him. He captained False Bay.

From Simonstown, Basil went to Plumstead High School, where he, the principal Dieter Pakendorf and some boys built the three fields the school still has. Plumstead’s rugby was brilliant at the time, as they ran sides, including Bishops, ragged. In 1971 he went to Bishops and in 1972 became the first team coach, where he stayed till 1998, 27 great seasons for the school. They did not always win, not at all, but they played the most adventurous, exciting brand of rugby, known as Bishops rugby – rugby played with romance, enthusiasm, energy, skill and courage. His sides would scrum with power, tackle hard and handle with skill, and, full of the confidence that freedom gives, they would do it all with a smile – rugby packed with enjoyment. In fact, they did not play only in South Africa, as Basil took his team abroad – to England, Scotland, Ireland, Thailand, Hong Kong, the Republic of China, Italy and Australia. 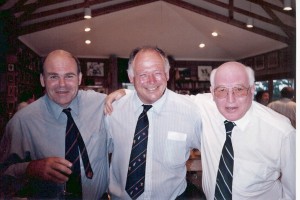 Basil also found time to coach the first teams at UCT and False Bay. He was the False Bay coach in 1972 when the club won the Grand Challenge for the first time. The second time they won it was in 2016 and on Friday Basil was to have attended the celebration of False Bay’s 2016 successes.

After leaving Bishops Basil coached up in Welkom and at Stellenbosch.

With him, a vast store of rugby knowledge and wisdom has gone. Apart from a coaching column on the website Rugby 365 and in the Cape Times, Basil, despite many urgings, did not put his philosophies and techniques on paper.

He was, of course, much more than a rugby man – a sensitive teacher of English, loving poetry in particular, and at Bishops he was the Housemaster of School House for the full term.

He was a man of integrity with a great understanding of and sympathy for other people.

Basil Bey was born in Harare on 6 April 1936. His father was an Athenian Greek who found English difficult, and his mother a Van Wyk from Hammanskraal, who found English difficult. They had three sons – Nick, Basil and tennis player Adrian. Basil’s wife, Zita (Robertson) predeceased him. Basil died on 10 November 2016, survived by their children Martin and Michelle and grandchildren.

“His life was gentle; and the elements
So mixed in him, that Nature might stand up
And say to all the world, THIS WAS A MAN!”
Shakespeare, Julius Caesar 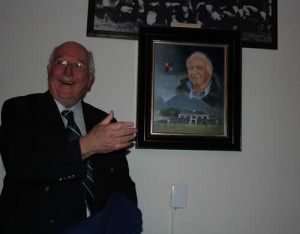 Part 2: Basil Bey: A Man for All Season