As the league season kicked-off at the beginning of the month, we welcomed a few Ikey old boys back to the Green Mile to join our 1st, 2nd and U20A 2018 league campaign; including:

Wes was part of the 2011 Varsity Cup winning team that beat FNB Tuks 26-16 in Pretoria, as well as the 2013 Intervarsity winning team. For the past few years Wes has been playing for a very successful False Bay team. He will bring a lot of experience and toughness to the Ikeys front row. He has been named captain for the league season. 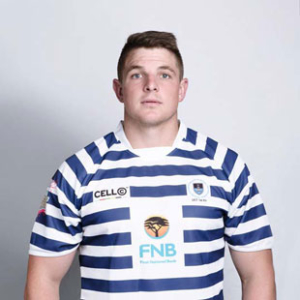 Neil Rautenbach
Neil was a double Varsity Cup winner, playing in the 2011 final from the bench and was in the starting 15 that won the 2014 Varsity Cup in dramatic style. Neil is a seasoned hooker who followed his UCT days playing professional rugby for Western Province, Free State Cheetahs and Griffons.

A versatile player – playing Lock, flank, and 8th man for Ikeys – Brad has been playing on and off for the Ikeys first team since 2011, and was in the team in 2011 that won the Ikeys first WP Super League title since 1974. Brad has returned to the Club for the past few years for the league season.

In 2017 Jason played his last Varsity Cup season as captain of the Ikey Tigers, after serving the club since 2013. Jason, is an all action flank who only knows how to give 100% and leads from the front.

Marcello was part of the all-conquering Ikey 2007 under 20A team. In the inaugural Varsity Cup in 2008 he scored 8 tries, just one less than the top try scorer, fellow Ikey Matt Turner. He played a large part in the 2009 and 2010 Varsity Cup teams. He was selected for WP in 2010 and then moved on to play for the EP Kings, Southern Kings and Pumas over the next 6 years, returning to play for False Bay RFC and was part of the 2017 SA Club Rugby championship winning team. He also made six appearances for WP in the 2017 season.

With these additions to the Club, we were extremely confident going into the 2018 league campaign; and the results we have achieved over the last three weeks prove the quality and depth of our three squads. As three teams, we have collectively won 8 from 9 fixtures so far, including a special double over Maties at Intervarsity 2018 [Read More Here]. Further fixtures to be announced.