You are here: Home / Comments / Ikey Tigers Victorious in Stellenbosch 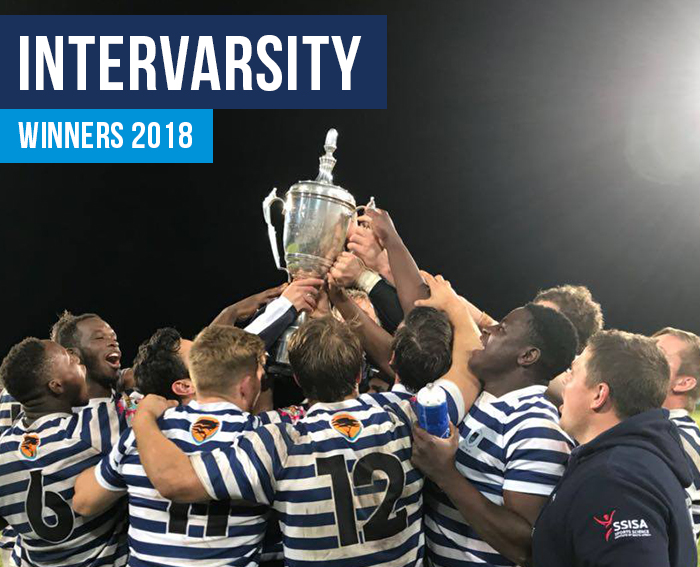 The Ikey Tigers and Stellenbosch celebrated over 100 years of Inter-Varsity competition on Wednesday evening under the night lights of the Danie Craven in Stellenbosch.

The Danie Craven Stadium has become somewhat of a fortress over the years for the Maties Rugby side. This made the Ikey Tigers victory that much sweeter.

It was a tense affair with the final scoreline 25-27 to the visiting side for only their 4th victory at the Danie Craven Stadium.

It was a match that was set up by a bolstering performance by both forward packs but it was ultimately the backs who won the game for the men in blue and white.

The score-line accurately represented the amount of work put in by both sets of forwards to create a platform for the backs to work off. 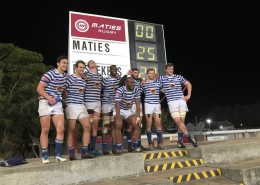 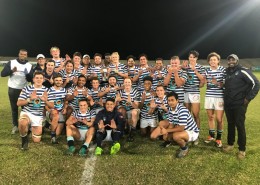 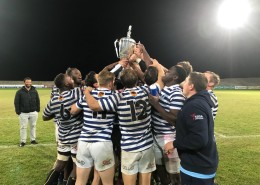 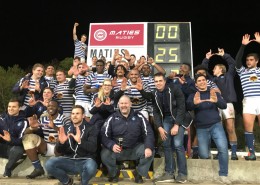 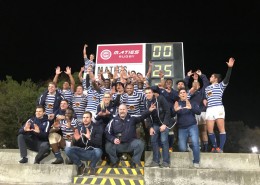 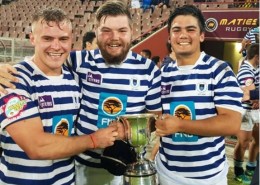 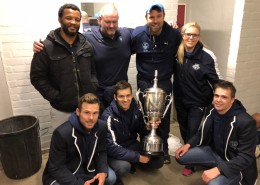 The second half followed a similar pattern with both sides playing tit for tat trailing each other on the scoreboard.

In the closing moments of the game the visitors lead 20-27 while the home team fought valiantly to try and avoid defeat. They may have had the final say on the scoreboard with a try deep into extra time but they failed to convert the try which ultimately made the visitors 25-27 victors and meant the bragging rights for 2018 belong to the Ikey Tigers.

“Our ability to manage game tempo and stop momentum has improved drastically from Varsity Cup, the boys showed a real maturity” said captain Josh Moon which was ultimately the difference between the two sides.

With a bonus point win over their fiercest rivals the Ikey Tigers have had a successful start to their Super A League Campaign and can only look to grow from strength to strength over the remainder of the season.

Thoughts From Our Captain: Josh Moon

What was it like beating the Varsity Cup 2018 champions?

“We never entered the game thinking about them and what they have achieved thus far ,we went into the game with expectations of ourselves .. we are a very talented outfit with enormous potential and it was awesome to see the boys click . We know maties are always tough and in this particular occasion it was only the 4th Time in something like 146 years we have won an intervaraity at the DC .. but at the end of the day it all comes down to just another 80 minutes between the white lines .. there has to be a winner and a loser .. so another hurdle down and onto the next .. It was a great feeling though..”

What was the difference between this game and your clash in the season?

“I think the boys have cooler heads on their shoulders now and our ability to control the game to suit our tempo and disrupt any oppositions momentum has been hugely improved. During vc we never rocked up to the game and at times our game management was poor.. last night we were ready and up for a battle and there is such growth amoungst the players .. it really is awesome to see.”

“I think its always dangerous to try piggy back a previous season into a next .. our focus is on the league and lifting that trophy at the end .. where it will help is with chemistry amoungst players and combinations , letting our game plan become second nature as well as giving other players chances to play in pressure situations to prepare them for what is going to be undoubtedly an awesome vc .. but like i said our focus is very much aimed at the league.”