You are here: Home / Comments / Former Ikey Tigers on the Road to Rio 2016 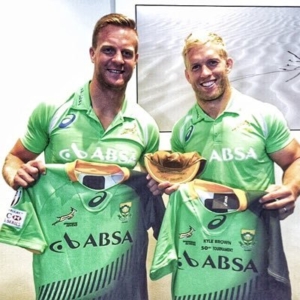 Sevens Rugby and the Olympic Games will be top of mind in August as the battle lines are drawn to see which rugby nation will win gold in Rio de Janeiro. Rugby makes its return to sport’s biggest showpiece for the first time in 92 years since the 15-man format was last played at the Olympics, in 1924 in Paris..

For Ikey supporters, what makes these Games even more special is the selection of two Ikey old boys for the BlitzBokke 7’s squad heading to Rio next month. Former Ikey Tigers’ Kyle Brown (Captain) and Dylan Sage were selected from an initial squad of 33 who took part in this year’s World Series. 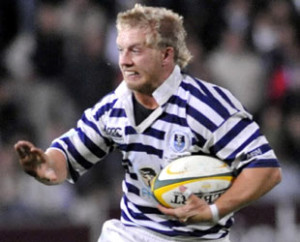 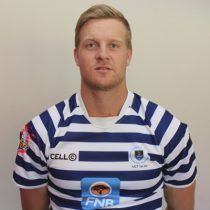 Both players remain proud supporters of the Ikey Tigers since leaving the Club to pursue professional rugby careers. Pictured to the right is Kyle Brown at the Club’s Annual Blazer Handover ceremony in January this year. Kyle was invited back as a special guest, alongside several other Ikey Old Boy professionals such as Siya Kolisi, Nic Groom, Eben Etzebeth, and Damian de Allende. 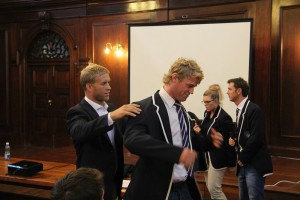 Much is expected from the BlitzBokke at the 2016 Rio Olympic Games. After finishing second in the 2015/16 World Series following a number of missed opportunities in the late stages of the tournament, big match temperament maybe a concern for Head Coach Neil Powell. If this season’s consistency is anything to go by, however, the BlitzBokke are a shoe-in for a medal in Rio at the very least.

This season the BlitzBokke played in eight of a possible ten semi-finals, finally securing an emotional victory in the first Cape Town leg of the World Series; and they have won 24 of their last 30 matches.

All the teams are now putting their final touches to their preparations.

“We are all excited about this as it does not come bigger than the Olympics, but we also realise that there will be expectations for us to perform,” Powell admits.

“We are not thinking medals, but rather on how to execute on our first match on day one of the tournament. We will focus on what we do well and that will hopefully bring the desired results.”