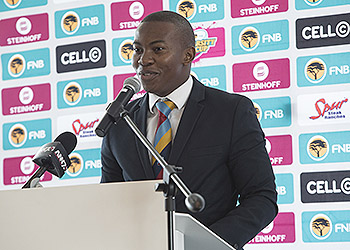 Nesi is currently the Operational Executive at Varsity Sports/Varsity Cup and is best remembered by the Ikeys as a hardworking Club Captain just when the first steps of the Varsity Cup were being taken.

Here Nesi talks about his experience playing UCT rugby, the importance of the Charlie Vanrenen Scholarship to his success at UCT, and his ongoing commitment to Varsity Sport.

I believe it was Sir Winston Churchill who said, “History shall be kind to me, for I intended to write it”.

In my case, it was the Charlie Vanrenen Rugby Scholarship fund that allowed me to proceed to write my own history.

The Vanrenen family stepped into my life at time when my academic career at UCT was looking to be short lived due to the financial difficulty I was facing. The Scholarship allowed me to continue my studies and to carry on playing rugby for the UCT Rugby Club. I was a co-recipient of the Scholarship with Don Armand and Matt Rosslee, both who were First Team players. It was special for me for as I did not play first team rugby but focused more on the administrative side of the game. I was Club Captain for the UCT Rugby Club, a role that had grown in work scope due the introduction of the national Varsity Cup tournament in 2008. 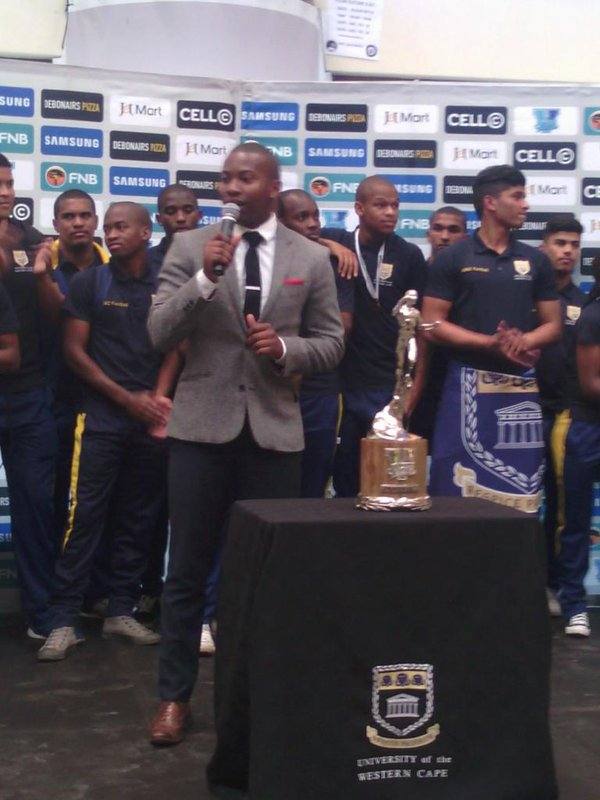 Varsity Cup had managed to breathe new life to university rugby and awoke student participation in supporting sports on campuses across the country. Monday Nights, the chosen night for all VC games, became the sole event at which all students could come together to support the university.

My role in student sport administration grew and I was elected Deputy Chairperson of the UCT Student Sports Council. I thereafter went on to win the Best Student Sports Administrator at the UCT Student Awards. Through these roles I was able to meet Francois Pienaar and Duitser Bosman, both who managed and operated Varsity Cup, who I would come to work with later. The Vanrenens allowed me to excel in my primary objective, to walk away with great education. After my undergraduate degree, they continued to fund my Honours studies as well.

After a year of travel and work, I returned to Cape Town and approached Varsity Sports- (an extension of Varsity Cup into other sporting codes). I joined the team at Varsity Sports and was exposed to many new initiatives in the sporting world. I proceed to be appointed to manage Varsity Cup Rugby, Varsity Football and Varsity Cricket – the three biggest codes in the Varsity Cup/Varsity Sports stable. 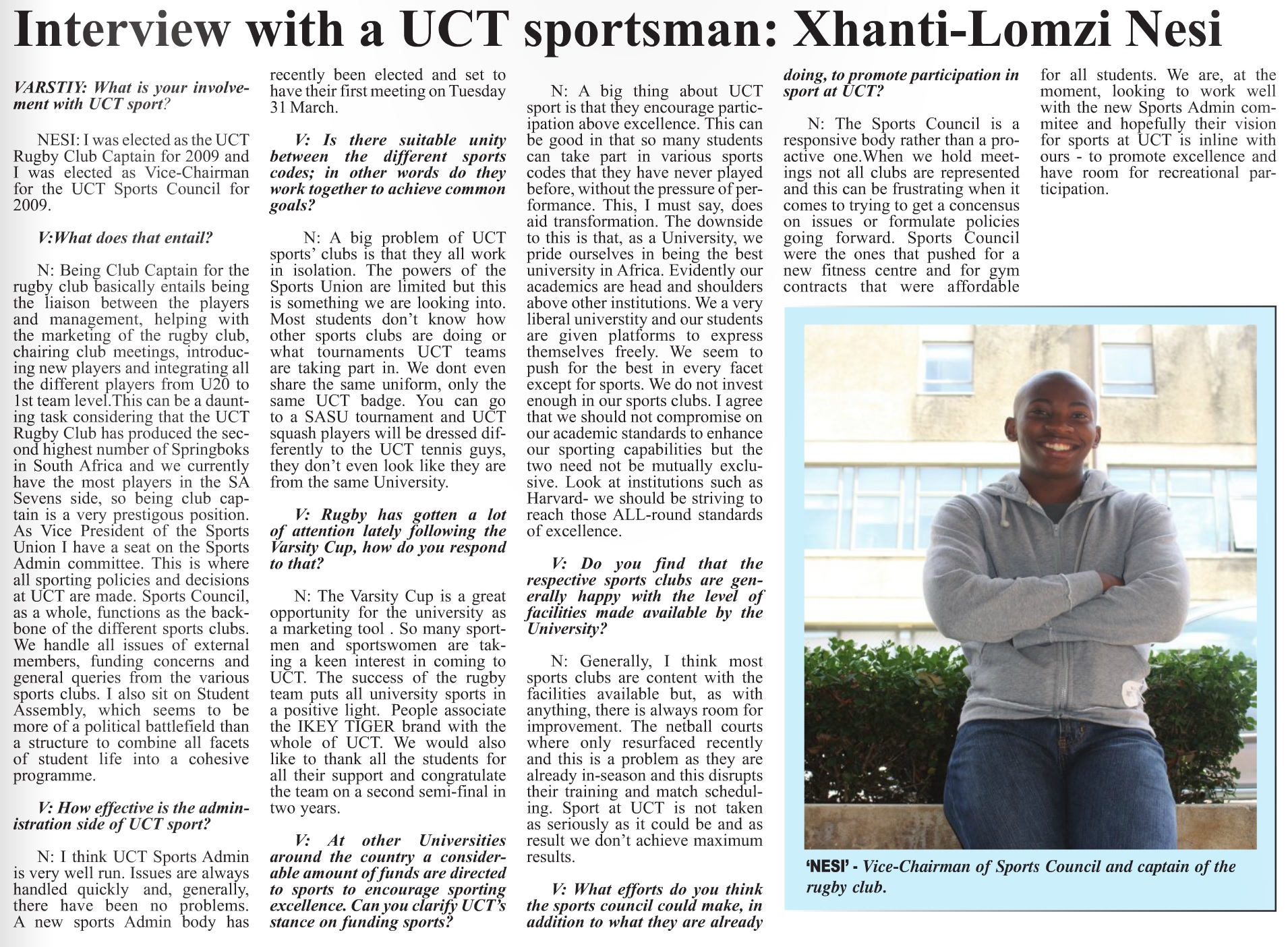 I feel the wheel had come full circle. The Varsity Cup rugby tournament brought a resurgence to university rugby in 2008. The added focus was able to drive need for scholarships to aid players in the Club. I was extremely fortunate that the Club was able to realise the importance of administration and not only the playing ability of players. I now manage the tournament that had started this all.

The journey does not stop there as I continue to write my own history.

I cannot emphasise enough my gratitude to the Vanrenen family that assisted me in achieving these goals. Without them, my journey at UCT would have ended abruptly. They gave the financial backing to continue to further my studies and were always there to listen and provide support to me as I navigated through my university career. The fruit that followed from their decision is testament to the nature of support and opportunity that they afforded me and for that my family and I will remain forever grateful.