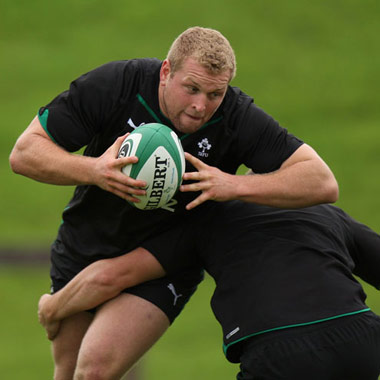 Brett Wilkinson the Ikeys loosehead prop a couple of seasons back, has capped his career at Connacht in Ireland with a call up to the national squad. He formed a UCT front row partnership in the Celtic league with tighthead Stephen ‘Snoopy’ Knoop, until the latter moved provinces to play for Leinster.

Wilko who has had a sniff at the extended squad before and also played against the Springboks of 2007 captained by Bob Skinstad – with Connacht – may just get his chance this time around.

Ireland’s Autumn internationals have sparked a great amount of interest already with the games against South African and Australia already having been sold out and the clash with Fiji believed to be nearing that mark as well.

Speaking to Irishrugby.ie following the announcement of the squad coach Declan Kidney said: “We had an opportunity to work with most of the players selected in this squad over our three camps during the summer.

“Those sessions were about giving chances to as many players as possible following last year and after a third of the season gone so far, this November squad gives the majority of those players a chance to put their cases forward for selection.”

“November represents a challenge on several fronts with three full internationals and two A games against quality opposition, so it will mean that the strength of our resources will be tested.”

The Ireland ‘A’ side are set to be in action at Ravenhill against Tonga on November 13, following which the selectors will reduce their squad to 30 players for the Australia match.

Kidney continued: “The games so far this season have given plenty of options in terms of competition for places.  There were some hard calls made in selection, which is what you want, and players not included today will come into the reckoning for the two games against Tonga and Argentina Jaguares.

“We now have to try and come up with the combinations to not only win against some of the best teams in the world, with two of those sides ranked above us, but also continue to develop the international experience levels for some of those players. “

All of Ireland’s full international matches will take place at Croke Park.

Dingo Wasey the Kiwi carthorse! See you GO Wilko!!! We always new you had it in
Scroll to top