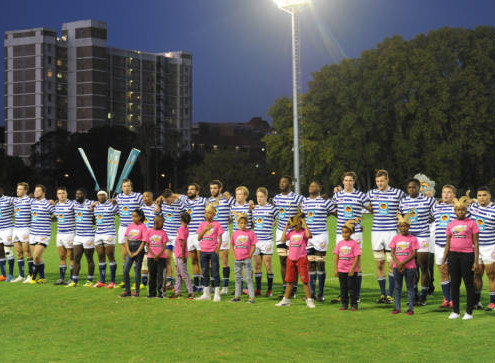 FNB Wits scored early on in the game, and the FNB Ikey Tigers soon found themselves trailing by sixteen points before two converted tries from Nyasha Tarusenga and Rico Lategan saw the teams go into the halftime break on level terms.

During the second half, FNB Wits came out strong, and managed two score a total of three tries after the strategy break. The FNB Ikey Tigers were able to score late on through Joel Smith, but the match ended soon after the conversion.

“We were disappointed to end the season with a loss, but despite the results that didn’t go our way, we’ve improved a lot as a team this season. There are more positives than negatives, and we’ve definitely gotten our dignity back,” reflected coach Christiaan Esterhuizen. The game also marked the end of captain Jason Klaasen’s Varsity Cup career, as this was the captain’s fifth and last year playing for the club.

The FNB Ikey Tigers ended their campaign with a record of two wins and six losses. They also managed to score some memorable tries along the way, including Rayno Mapoe’s last minute burst against FNB CUT and Nyasha Tarusenga collecting Rob Anderson’s clever chip before sliding home against FNB Tuks. The team now has a ten-day break before they begin working towards their domestic season, which kicks off on the 22nd of April against False Bay.

The teams that played on Monday night:

Ikey Old Boys in Professional Rugby – Where are they now?