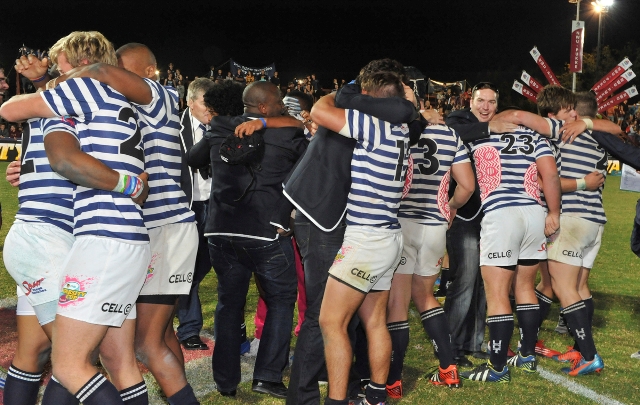 From the 30th of June to the 4th of July, the Ikey Tigers will take part in the 2014 USSA tournament held in Grahamstown. The team are on a mid-season break from the WP Super League where they lie in first place on the log, and are sure to be eager to take the field once again.

UCTRFC caught up with coach Kevin Musikanth ahead of the tournament, to get an idea of how the team’s preparation is going. Musikanth pointed out that while they have enjoyed a ‘’well-earned break from the field,’’ the team are keen to start up again with the upcoming USSA tournament. He also explained that the players in Cape Town ‘’have been on their mid season gym program at the High Performance Centre’’ as well, and are excited to put their hard work into practice.

Singling out the tournament itself, the coach said ‘’The USSA is more a development tour for us in that future talent is given a chance to compete against other Varsity Cup teams.’’ In much the same way, he said that the tournament will reveal ‘’whether the guys are ready to make the step up.’’ As a result, the tournament will see a lot of new faces making their appearance, mixed in with a host of regular Varsity Cup campaigners to ensure that the Tigers boast a competitive side.

As ways of expressing their need to return to the field, the coach went on ‘’the other factor is that the tournament gives us an opportunity to be able to get in some game time as two months off is a lot for a team.’’

Musikanth ensures that the team will give their all next week as he said: ‘’Whenever UCT plays representative rugby it is important for us to put on an exciting, good show.’’

‘’We now have to also realize that there is a responsibility that comes with being varsity cup champions that means that teams will not take Ikeys lightly so we need to be up and ready for those challenges,’’ he finished off.