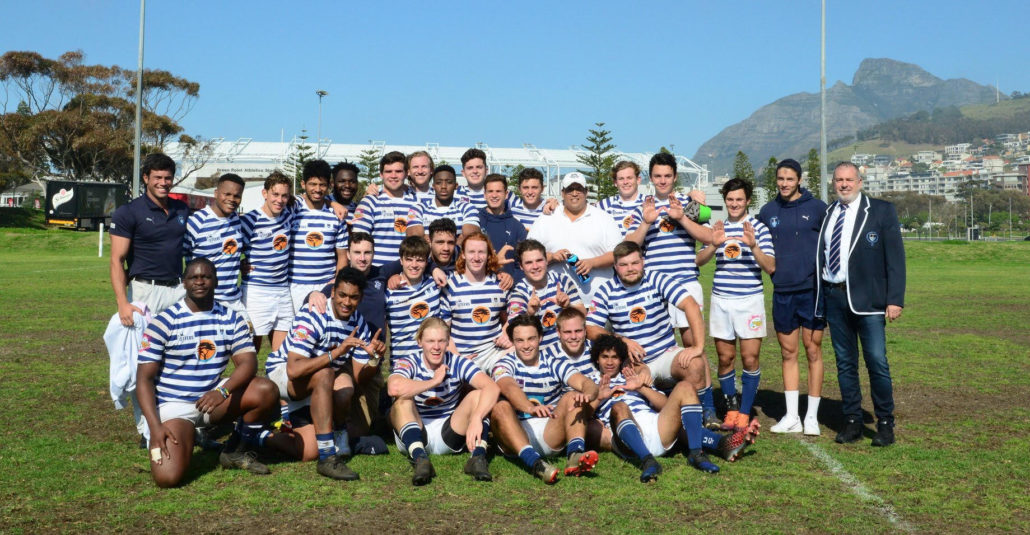 The start of the league campaign was rather disrupted, as the extended Varsity Cup program coincided with the first few varsity league games. That being said, it was also a great opportunity for the fringe players (many of which are now the Babrows), as well as any VC players not selected to get some game time. However, the Cubs got through the likes of SK Walmers and Primrose unscathed. The first big test after the VC campaign was Durbell. And what a test it proved to be. The scoreline of 40-26 does not reflect the true story of the game, and the extended periods of pressure they were put through. The Cubs committed to never underestimating anyone in this league again. They realized that every team wanted to beat the champions, and there was always to be a target on their backs. It was a welcomed wake up call early in the season.

As has been the case over the last couple of seasons, if you beat Maties, you almost certainly win the league. When the Maties game came around, the players were all fit, raring to go and eager to correct the blunder of their VC fixture. They managed to pick the most physical pack possible, and Foley had his usual suspects in the exciting backline. There isn’t much more the Cubs could’ve done in that fixture, and the 22-all scoreline was probably a fair reflection of two good sides. Both teams had their chances to sneak a victory, but it just wasn’t meant to be.

Since then, the guys have continued their unbeaten streak in the league, picking up maximum points, ensuring that pressure was always on Maties to not slip up. The brand of rugby, and the need to always be better is what has driven the team. Regardless of the opposition, they have respected the opposition in their preparation and have maintained a very high standard in training and match prep. This has enabled the Cubs to constantly improve, and play a brand of rugby that as a club, they can be proud of.

The squad was capably led by Ant Fleischer and Mika Schubert this campaign, with David Hayes assisting them in their leadership. They were phenomenal, and have matured throughout the experience. The seniors in the squad showed their worth and flexed their muscles when the Cubs needed them most. Coaches, very aware that for many of those guys, the journey with the Cubs is a two-year journey, pledged with the seniors, that this chapter of their Ikeys journey was to be closed on their terms, and with no regrets. We’re happy to report that this pledge was met, and the senior Cubs of 2019 have truly led the side admirably- they were unquestionably a special bunch. Arguably more important, or at least in the opinions of the coaches, the social and general growth as young men was apparent over the course of the year. We’re extremely proud of what the Cubs have achieved and how they went about achieving it.

Thank you to the Cubs management team, the dream team of Foley, Stef, Jono, Martin and Candice, for their committment to the team and the boys. Their attention to detail, ability to go over and beyond the call of duty and their general love for the Cubs is what makes this management team very unique and awesome!

The Ikeys are in a good space as a club, and the future is definitely looking bright for this team!