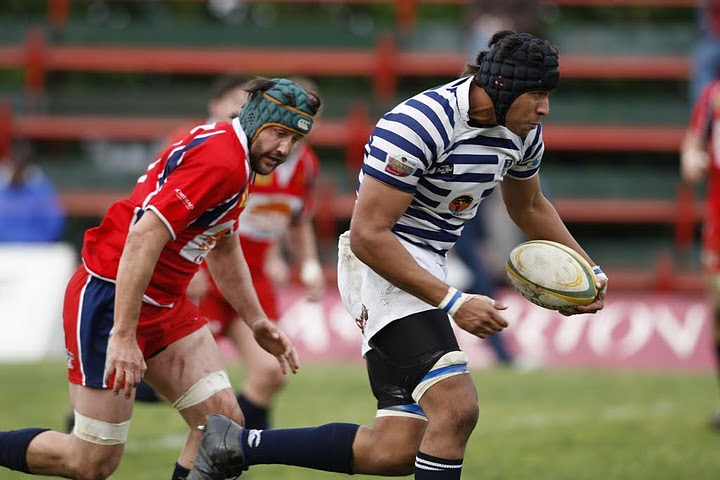 The fixtures list does not get any easier for the Ikeys, as the club take on table topping Durbel this Thursday – please note, the fixtures have been re-scheduled from Friday.

Durbel who have been league contenders in recent  years are currently top of the log, but have played more games than Maties. Defending champions UCT are effectively out of the running for league honours following the narrow defeat to Hammies, but will look to finish top three and build some momentum going into the Varsity Cup 2013.

The entire club is in action with tight matches expected through the ranks – the U20 Babrows take the field at 15.25 and the Ikey Tigers kick off at 18.00.

Kevin Foote has made minimal changes to the side that lost to Green Point based rivals Hammies in the last minute and has moved Adrian Kritzinger back into the starting line up in place of Tiger Bax who is out with injury – Nathan Nel moves to the bench to provide cover.
Up front Stephen Burger gets a start at lock ahead of the injured Graham Knoop while the front and backrows remain unchanged.
Danger Jans is back on the bench following a lengthy injury layoff and some time regaining his match fitness with the UCT Eagles.
See you at the Mile!
The FNB UCT team: 15 Andrew Norton, 14 Paul Cohen, 13 Adrian Kritzinger, 12 André Coetzer, 11 Mark Winter, 10 Ross Jones-Davies, 9 Dylan Frylink, 8 JJ Gagiano, 7 Josh Katzen, 6 Ntsolo Setlaba, 5 Levi Odendaal (captain), 4 Graham Knoop, 3 Christopher Heiberg, 2 Gareth Topkin, 1 Wesley Chetty.
Replacements: 16 Dayne Jans, 17 Digby Webb, 18 West Mackintosh, 19 James Tatham, 20 Stephen Wallace, 21 Nathan Nel, 22 Dylan Sage.