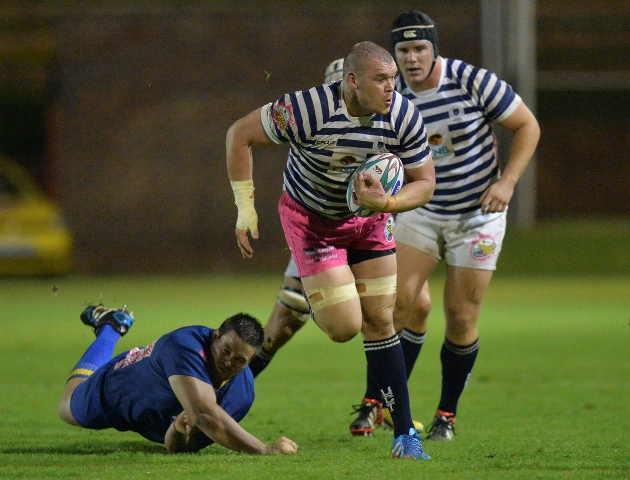 Last night UCT clinched their fifth home semifinal in the Varsity Cup, and first semifinal since 2011 with a brilliant, five-try 25-5 win over Wits in Johannesburg.

As we have come to expect, the Tigers gained an early lead in the match with a try by scrumhalf, and deputy skipper James Alexander. This was neatly followed by winger Lihleli Xoli crossing over the white only minutes later. While flyhalf Dean Grant failed to convert any of the tries, the visitors still found themselves 10-0 within 13 minutes, where the score would remain until half time.

The momentum from the first half was halted momentarily when Wits had their first say of the match, with a try at the hands of loose-head prop Hannes Luddick. However, on the brink of the second strategy break the Tigers claimed back the spotlight when fullback Martin Sauls charging over the line: 15-5.

In the last quarter of the game, UCT proceeded to run away with the match scoring another two tries. The bonus point try came at the hands of powerful lock Shaun McDonald, donning the pink shorts after being awarded the FNB Player that Rocks award in the Ikeys previous game against Shimlas. Their final try was scored by utility back Nathan Nel with only two minutes to go. Hence, come fulltime the scoreboard read 25-5 and the Ikeys see themselves into the semis.

UCT will take on familiar-rivals Maties in their home semi, as a result of the side ousting the defending champions 41-24 in Stellenbosch last night. The game is sure to be thrilling given that the teams have never met in the semifinals before, but rather have met in two Varsity Cup finals in 2008 and 2010.