Touring was part of the history and culture of UCT RFC. The 1968 tour was planned by Dr Louis Babrow to coincide with the University’s Golden Jubilee. 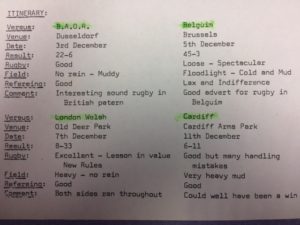 The tour was held over 42-day period, with 15 games against some top opposition. One game against a Combined Scottish side was cancelled due to a frozen ground but it still meant a game every three days with travel time in between. The first game was against the British Army in Dusseldorf (see part of the itinerary/scores/match reports listed here).

The London Welsh side had a number of top players and their captain, John Dawes, went on to captain the Lions and six of the other players also went on to become Lions or internationals.

There were many highlights including playing at some famous rugby venues like Cardiff Arms Park, Murrayfield and Lansdowne Road. Against a strong Italian team Dr Chris Barnard, who was a world-famous surgeon and celebrity at the time, did a ceremonial kick-off for the press (he miscued and sprained his ankle and hobbled off the field!). 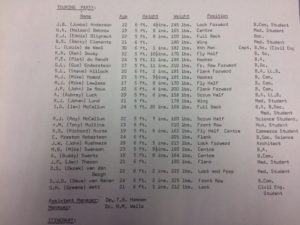 In the 4th match scrumhalf Roy McCallum tore a medial meniscus and played no further part. All the other injuries, bumps and strains were temporary and that is extraordinary in view of the number of matches played, the conditions and standard of opposition. A number of players came down with flu.

The tour provided a huge impetus for UCT Rugby and was followed by a decade of great UCT teams. Many of the players went on to higher honours, Ian McCallum, Roy McCallum and Derek Van Den Berg went on to be Springboks. Jumbo Anderson, Nelson Babrow, Steve Hillock John Le Roux, Preston Robertson and Buddy Swartz went on to get provincial colours.

Take a look at some incredible pictures and documents from the tour and of the team are in our gallery below. 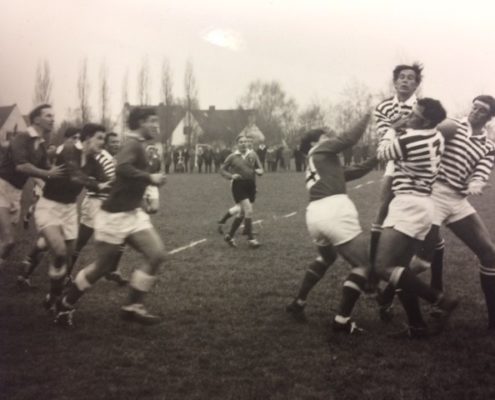 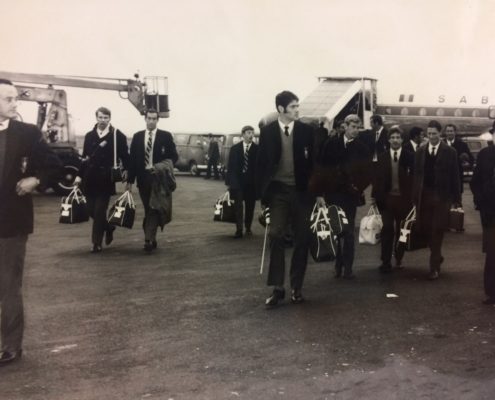 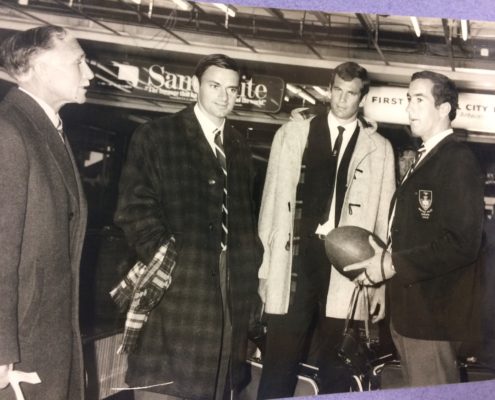 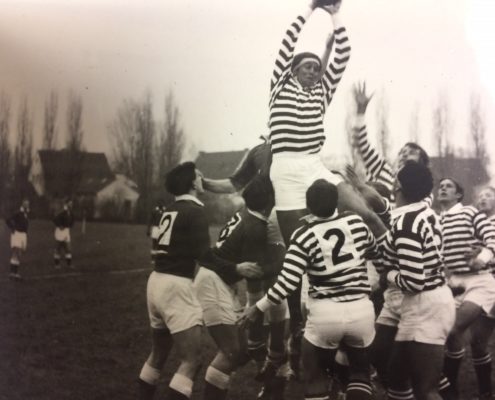 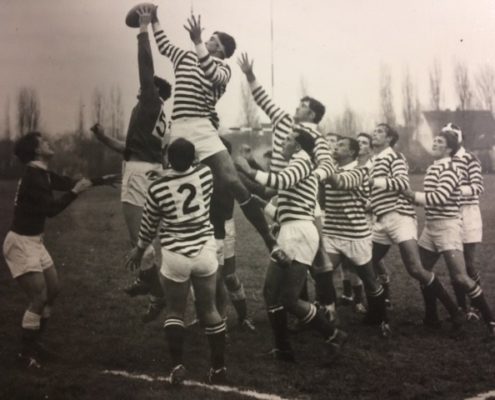 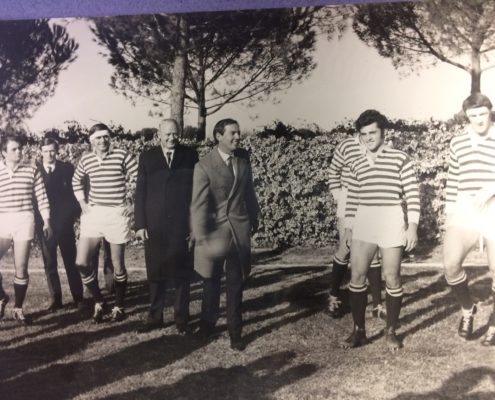 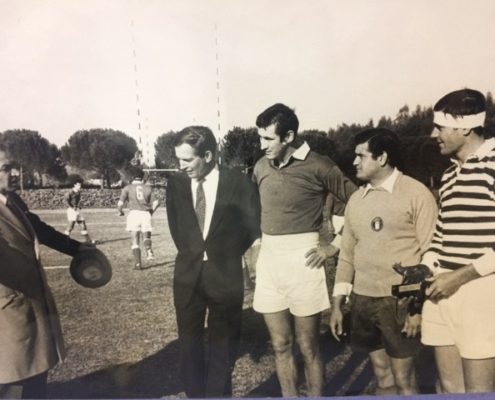 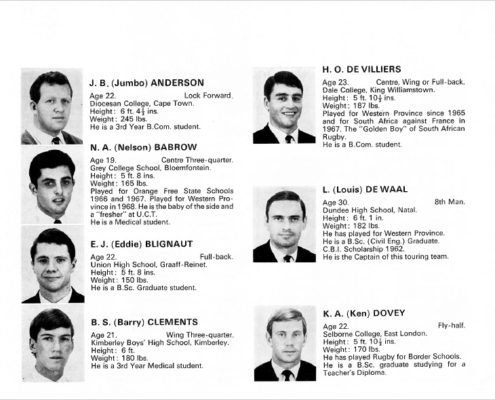 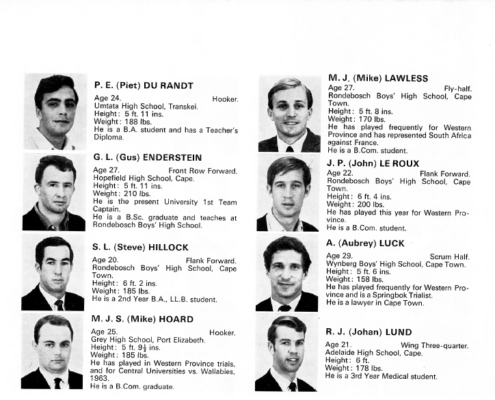 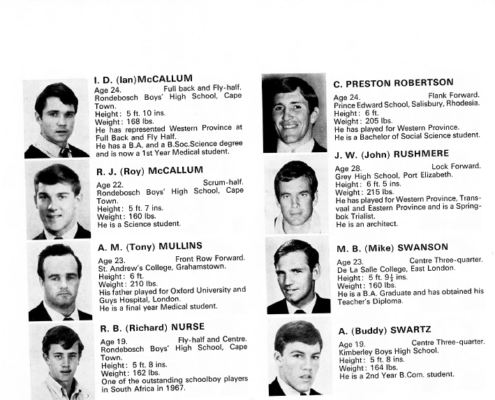 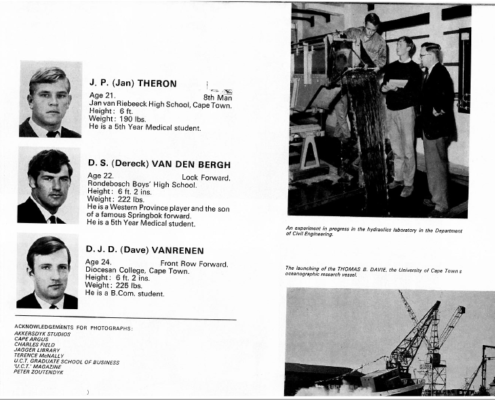 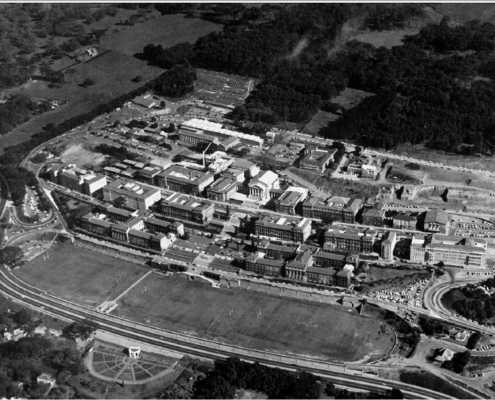 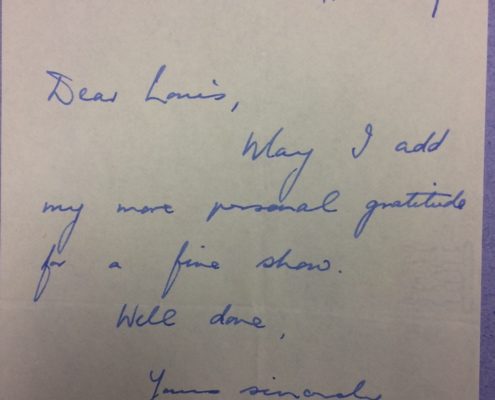 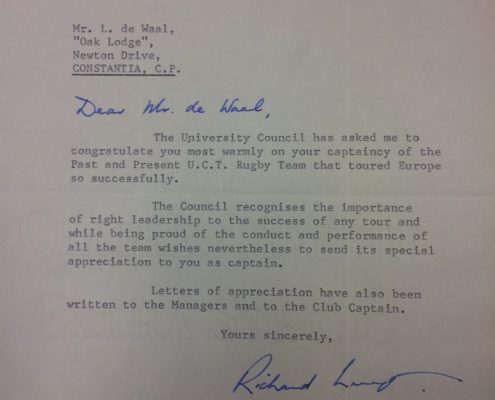 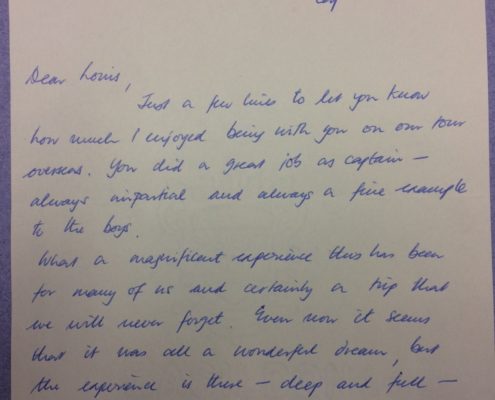 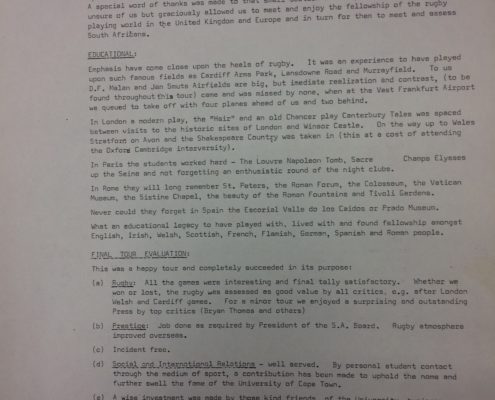 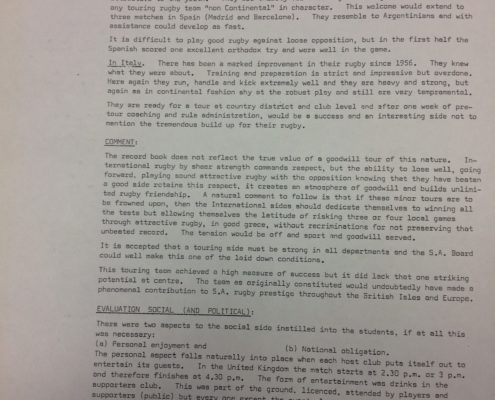 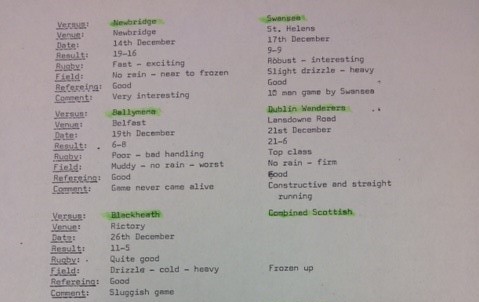 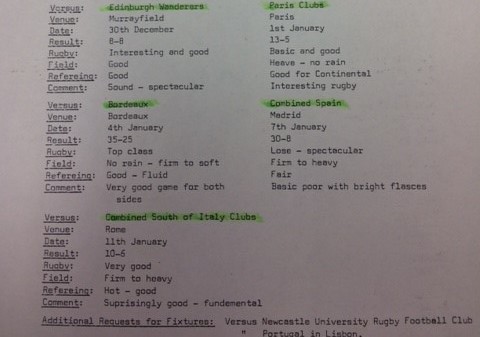