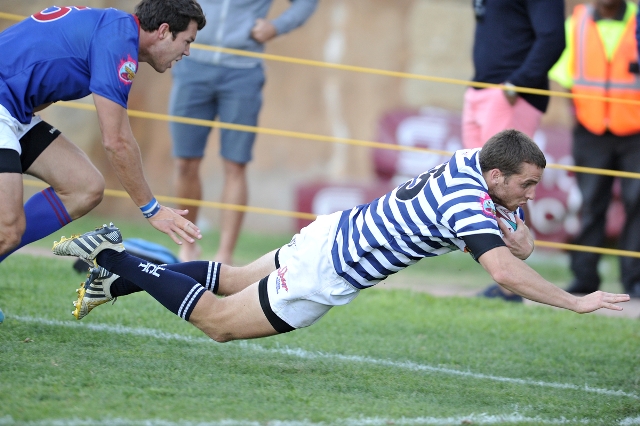 The Ikey Tigers overcame a tough challenge by Durbell RFC winning the match 22-11 scoring three tries to one.

Durbell started the game strongly and only penalties were traded in the first half with the visitors up 6:3 at the break. The visitors are a strong side who have Community Cup aspirations – looking to qualify as the highest placed non varsity team in the Western Province Super League.

The the Ikeys got on the scoreboard shortly after the second half was kicked off and took the lead 10:6.

Ikeys assistant coach Clint van Rensburg explained: "We knew they would come at us hard, so well done to the guys for absorbing the pressure. In the end we managed to pull away to 22:6 and they only scored again with the final whistle."

Up next on the calendar is USSA Rugby week rugby end of June where an Ikeys development team will represent the University.

Next league game: Saturday 26 July vs Bellville Tech at UCT.

UCT 4th and 5th sides are in action during this period and their fixtures and results are updated on https://ikeytigers.com/2014-league-fixtures/