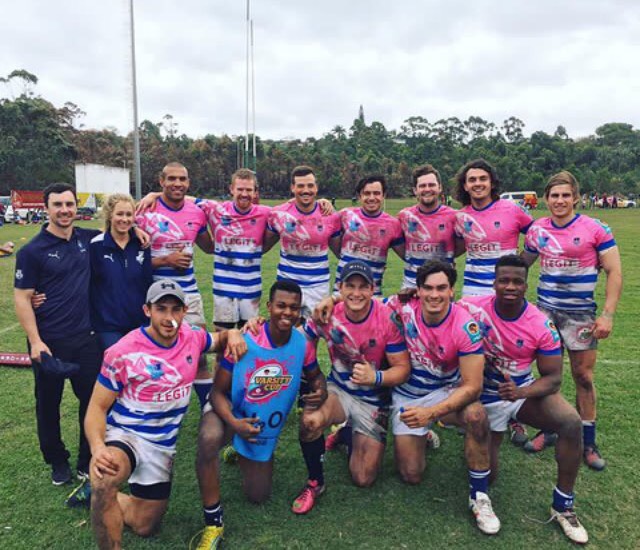 The UCT 7s team will be looking to continue their good momentum into the Super 7s Rugby Festival which will be taking place at Stellenbosch’s Danie Craven Stadium on the 13th and 14th of October.

The Nighthawkes have been training hard on The Green Mile following their tour to the USSA 7s in Margate, which saw them lose out to their neighbours UWC in the semi-final.

“We worked a little bit on fitness to improve slightly in that area. I don’t think we were unfit but we could do with a bit ore energy or more fire power in the more later stages of the game,” says coach Mike Muller.

Muller’s side has been working towards ironing out some areas where they fell short denying them a spot in the final at USSA saying that,”We’ve also tried to be a bit more aggressive on defence instead of letting the guys run at us. We’ve tried to put pressure on the attacking side to make mistakes by rushing them and getting closer together to put pressure on them through the middle of field and force them towards the sidelines. That’s maybe something we didn’t quite do well at USSA.”

“Paul Hendry will be leading a very good squad. very good group of players guys that have played a lot of sevens already. They’re very excited for the weekend ahead. We’ve also got a good group of youngsters coming through this year from the U20 team, so I’m really excited to see what they can do.”

The UCT Bears will be also participating in the Barbarians division of the tournament, not only on a social aspect but geared towards growth and continuity of the club. “The idea behind taking the Bears to the super 7’s tournament was twofold. Firstly I realized that the lower level players did not get many opportunities outside of the regular playing season to play together in tournaments. Players always love playing in these knockout tournaments, especially when there are prizes, trophies and beer available,” says coach Ross Williams.

“Secondly the idea was to also introduce some U20s to the senior players and coaches. This bridges the divide between the age groups and will hopefully ensure we do not lose youngers to other clubs or internal league.”

There is plenty of rugby to look forward to this weekend, and most certainly much to be excited about the future and growth of the UCT Rubgy Club.