It was truly an honour and a privilege to soar with the Eagles during the 2015 rugby season.
The ethos of rugby at UCT is special, in the sense that it encourages classic running rugby steeped in amateur values where enjoyment is king. This part of UCT rugby is nowhere more prevalent than with the boys in the UCT 2nd team. 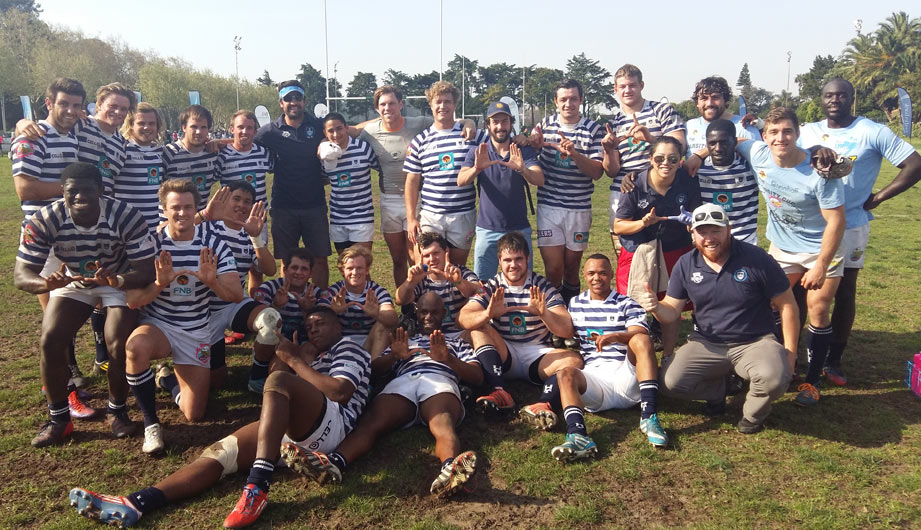 The mission throughout the entire club from at outset was to win trophies; the more the merrier. Well, I am happy to report that the Eagles played their part in bringing home some silverware; and as I write, we receive news of some more silverware coming in from Oxford where UCT won the Inaugural University World Rugby Cup.

The Super A league is not an easy league to win, with many pitfalls and unknown surprises that can trip you up in a 14 game campaign. The difference between success and failure in this league often lies in a team’s ability to switch on when it matters; something the class of 2015 could do exceptionally well.

The boys played some amazing rugby and had a lot of fun. There were, however, also one or two matches where we had to dig deep to keep our trophy hopes alive. The match against arch rivals Hammies was a particularly memorable one of these, where the derby mentality overshadowed our playing mind set and ability; but the team fought through and showed that they could also win the scrappy encounters.

This team had the ability to switch on when it mattered, while also perfecting the art of balancing the fun side with the serious side of UCT rugby. I credit this ability to the leadership of the team and to the many characters within the team who contributed in maintaining the spirit of the Eagles.
Captain Steven Wallace was outstanding in the way he lead the team both on and off the field. He was fantastically well supported by stand in and self-appointed captain Brad Bosman, whose love for the eagles is unrivalled. One could always count on the fire of Chris Roberts who backed up his motivational chat in the huddle with the same commitment on the field. Chris also took it upon himself to make the 1900 km return journey down from Port Alfred to play in the league decider against False Bay – our final game. 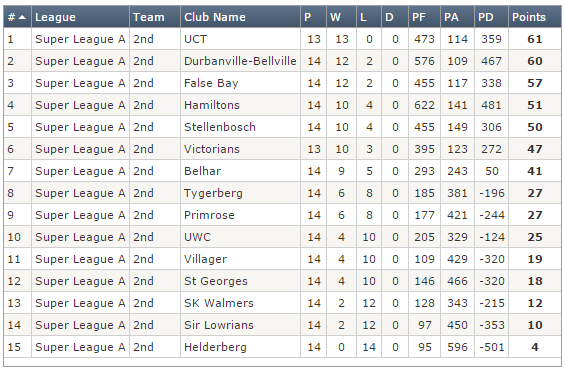 The spirit of Andre Coetzer “Twakkie” was and will always be a major force of character within the Eagles team. He unfortunately had to leave us halfway through the season after deciding to hang up his boots; it was a truly wonderful fines occasion to have been a part of in wishing him farewell. Forwards coach Ed Sullivan also played a major part in the success of the season, with the team being able to feed of his passion and his experience of playing and coaching in this tough league for a number of years.

The thing that makes winning this trophy truly special, however, is the fact that we went through the season unbeaten; our only blemish being the points that VICS took from us because of a match that couldn’t be played due to load shedding – in the end we didn’t need the points anyway.
In fact, for me, it was the defensive effort from the boys against False Bay in our final game which displayed the true character of the 2015 Eagles team. For a team who thrives on attack and running rugby, it was truly special to see the guys throw themselves around in the scorching heat, stopping everything that the big physical Bay team threw at them.

I will remember my season with the Eagles for all the right rugby reasons, and for many years to come. The photo of the team after clinching our “World Cup”,will hang proudly on my wall at home, and serve as a reminder of great rugby moment. – Clint van Rensburg

Nic Groom Features for the Barbarians