The highly anticipated 2016 instalment of the Varsity Cup kicks off on Monday  (February 8th) evening, with the FNB Ikey Tigers playing host to FNB UFS Shimlas in a rematch of their semi-final clash from last season. Both teams have been crowned champions in the previous two seasons of the tournament and are undoubtedly prepared for the first test of their respective seasons.

“The players have been committed all along. They’ve put the effort and hard work in, but now it’s time for us to play,” said Hanyani Shimange, who is looking forward to his debut Varsity Cup match as head coach of the UCT Ikey Tigers.

“We want to achieve our goals, and we want to get over this first hurdle. We’re confident that we’ve laid down a solid foundation.”

Speaking on team selection, Shimange mentioned that it isn’t an easy decision to make: “The competition within the squad is always good, but it’s never easy because you always get a mixed response of excitement and disappointment.” 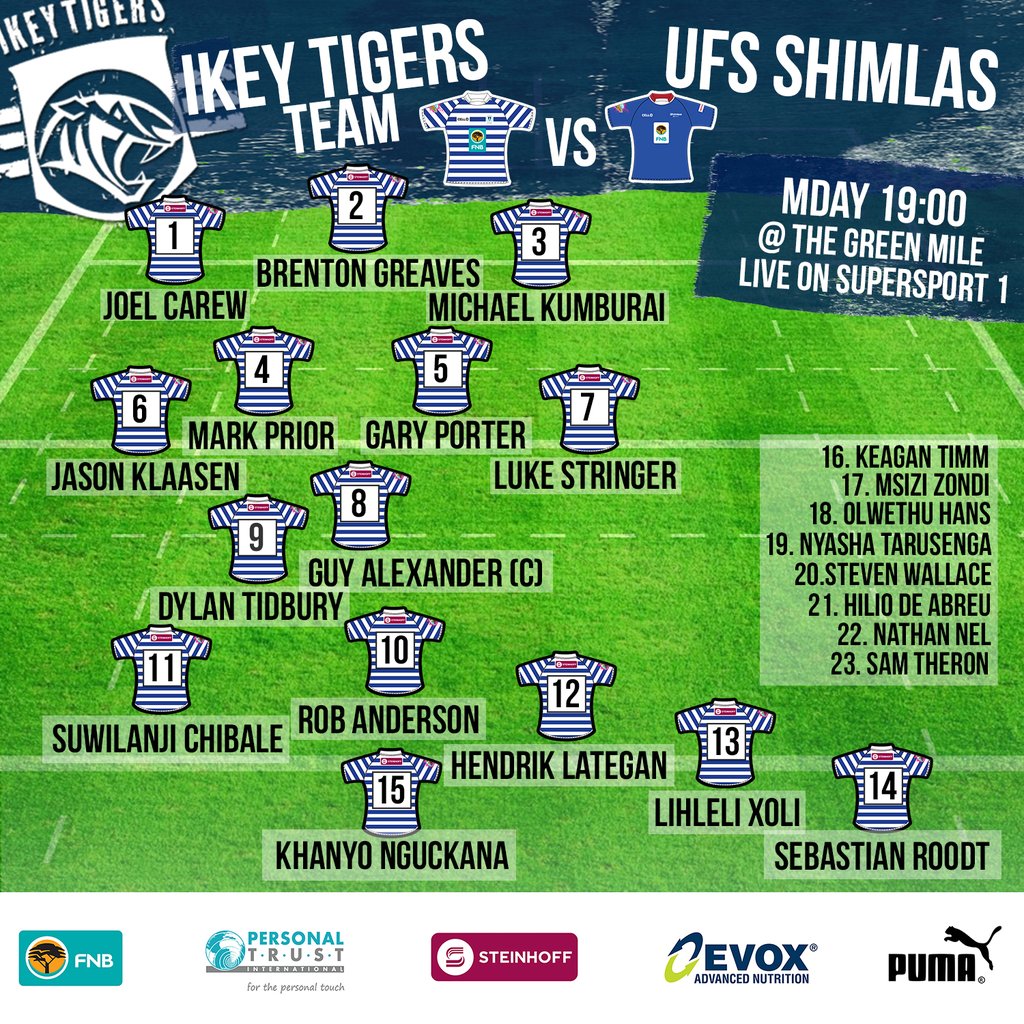 “However, it is my job to pick the players who will do the job for the team,” Shimange added. Out of the starting team, only three players have never played a Varsity Cup Match with the Tigers, meaning that there is still a wealth of experience in the side.

Here it is! The line-up for Monday: Ikey Tigers vs Shimlas, Green Mile 19.00, on SS1. Tickets at http://webtickets.co.za #theU Varsity Cup

As is tradition, no season can begin without the blazer and tie handover ceremony. Held in Smuts Hall, and overlooking the Green Mile, FNB Ikey Tigers past and present attended this event on the 4th of February to kick the season off in the right way. The current Ikey Tigers squad were called up individually to receive their blazer and tie from past players, many of whom have been and still are involved in professional rugby at the highest level.

The FNB Ikey Tigers starting team for the match against FNB Shimlas is as follows:

The FNB Ikey Tigers will host FNB UFS Shimlas on Monday, the 8th of February at The Green Mile at 19:00 (TV). Tickets are available at www.webtickets.co.za

UCT excited to kick off after successful preseason

Tigers disappointed to go down to defending champions
Scroll to top