The Tiger Claws his Way Back: The Ikeys Varsity Cup 2017 Campaign

The Tiger Claws his Way Back: The Ikeys Varsity Cup 2017 Campaign

In less than a week the Ikey Tigers face the Maroon Wave on the oddly named Green Mile. Our home base should have been called ‘Windy Corner’, but so be it. The Winds of Change are about to blow in our favour.

The young men representing the pride and passion of UCT on the rugby field on Monday, 27th, February, 2017, against the old foe, University of Stellenbosch, do not need to be reminded that this is not just another mighty clash against the ‘Maties.’ There is so much more at stake. UCT and its pride and joy, the First Rugby XV, the aptly named Ikey Tigers, are going to be right in the bright glare of the spotlight, in the eye of the storm.

UCT and its rugby teams have faced off against the Maroon Wave on so many occasions that I stand to be accused of overstating the importance of the clash on Monday next when I say that it is something of a watershed in the resurgence of the Ikey Tigers in 2017, after the ‘Annus horribilis’ of 2016.

There are alarming winds of change blowing on the hill fortress of UCT. The complex issues besieging the very name and fame, the lustre of one of the finest universities in Africa, must be put aside for a brief couple of hours. In fact, for the next week all that the Ikey Tigers and the coaches must think about is how they will beat the Maties on Monday, 27th.

One of our most famous rugby sons, and one of the greatest players South Africa has produced, the incomparable H.O De Villiers, once entreated a team he was guiding in the quest to win a big club final against the self -same ‘Maties’, with an impassioned half-time plea which rang out as: ‘Just give me the next 40 minutes of your life!’ It sounds so simple put that way. In theory it is that simple. Ikey Tigers, focus every sinew, muscle, and ounce of determination you possess into your finely tuned body, and steel your mind to think of one single goal; ‘We Can Beat the Maties; We Will beat the Maties!’ 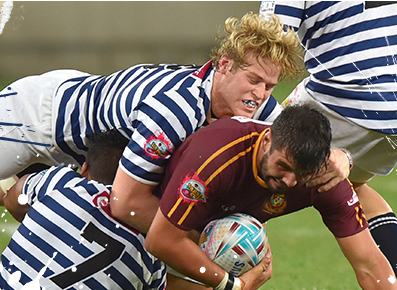 As any of us who have had the privilege of playing rugby against the University of Stellenbosch, know that the one thing the Maties do not handle at all well is having their rigid structure disturbed. On memorable occasions UCT rugby teams have beaten them by stirring up the rugby stew by using innovative tactics, and doing things on the field that confuse and irritate Stellenbosch’s storm troopers. No rugby team copes well with their structure and set pattern of play being disrupted by cheeky flair and guile, done at speed and with bold panache. Of course, there are concomitant risks attached, but as great military strategists have shown over centuries of warfare, there is a time to be bold and daring. This is one of those times for The Ikey Tigers. Ninety minutes of blood and guts, cunning and guile, and the prize is a stunning victory which will be etched into every Ikey Tiger’s memory for the rest of their lives.

UCT rugby teams often perform at their brilliant best when they are on the comeback trail after a bad spell, and to call the 2016 rugby season and all the shenanigans that went on at UCT, a bad spell, is like calling a severe bout of gout a minor pain in the toe. The 2017 Ikey Tigers have already shown in the 2017 Varsity Cup Campaign that they have the ‘Right Stuff.’ We, the army of supporters, urge you to strut your stuff on Monday 27th on The Green Mile, and ink in another famous victory over The Maties into the annals of UCTRFC’s history of defying the odds when it counts the most.

So, we your passionate and ardent Ikey Tiger fans, supporters, fathers, mothers, kith and kin, favourite ‘squeezes’; even the fellows who missed selection (the unkindest cut of all), wish you strength of mind and body on Monday. You Can beat the Maties; You WILL BEAT THE MATIES; we will ululate and cheer you on to victory. The Green Mile will resonate with the cry, ’Go Tigers! ‘ 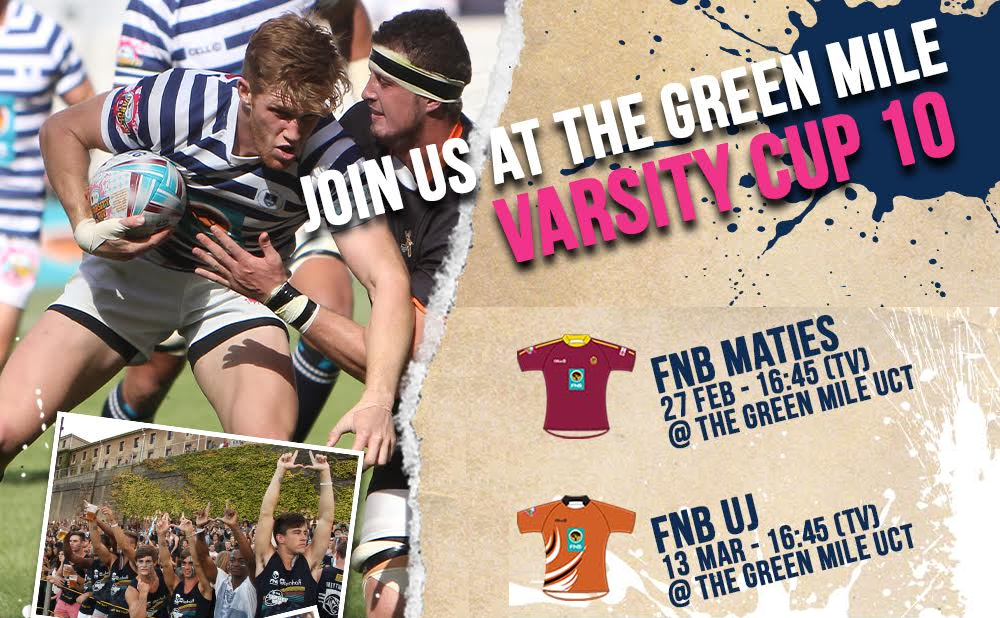