An introduction by Gavin Fernie (64’- 65’) to a special young lad from Uitenhage who went on to coach at the highest level of professional rugby.

Alan Solomons; ‘Solly’ to those who get to know him, personifies the commitment and passion a modern rugby coach needs to survive the rigours of guiding the on the field play of a professional rugby franchise, and dealing with all the off the field drama which trails along like a flock of egrets attached to a bull elephant. Solly would say that he has a few ‘egrets’, bad pun intended, but no real regrets. Solly is reputed to have once retorted when asked what galvanized his life; ‘Law is my profession; rugby is my passion.’ Nuff said!

Alan writes to us from Scotland and shares his experiences as the current head coach of Edinburgh Rugby Club. He titles his message: 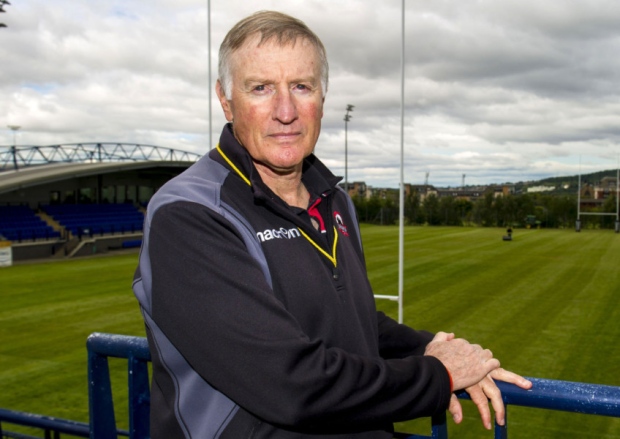 When I was invited to take over the head coach position at Edinburgh Rugby, I was told that it was “a basket case”

and that my job would be to rebuild the club. In the season before my arrival, Edinburgh had failed to win a game in the European Championship (formerly The Heineken Cup) and finished 2nd bottom of the Pro 12.

I arrived in Edinburgh in mid-August, 2013, almost immediately after an arduous, but successful debutant S15 season with The Kings.  Consequently, I played no part in recruitment and missed the bulk of the pre-season.

What I discovered shortly after my arrival was a poorly conditioned squad which contained a lot of dead wood.  There was little system & structure and, as may be expected, the squad was devoid of confidence.

I formulated a vision for the club which is, in essence, to build a sustainable club through young, indigenous and Scottish qualified talent. This ties in with the budgetary constraints under which we operate and is also beneficial for the National team and Scottish rugby in general.

Before bringing in young Scottish talent I had to get the club back on an even keel.  To do that, I introduced system & structure and laid an emphasis on defence & set piece to give us a platform from which to build. In my 2nd year, I dealt with the conditioning problem in our pre-season (it was brutal!). I also brought in some players to shore things up.  Although it was tough we saw improvement, finishing the season 8th in the Pro 12 and winning three of our six European games, with good wins over powerful Munster & Gloucester teams. 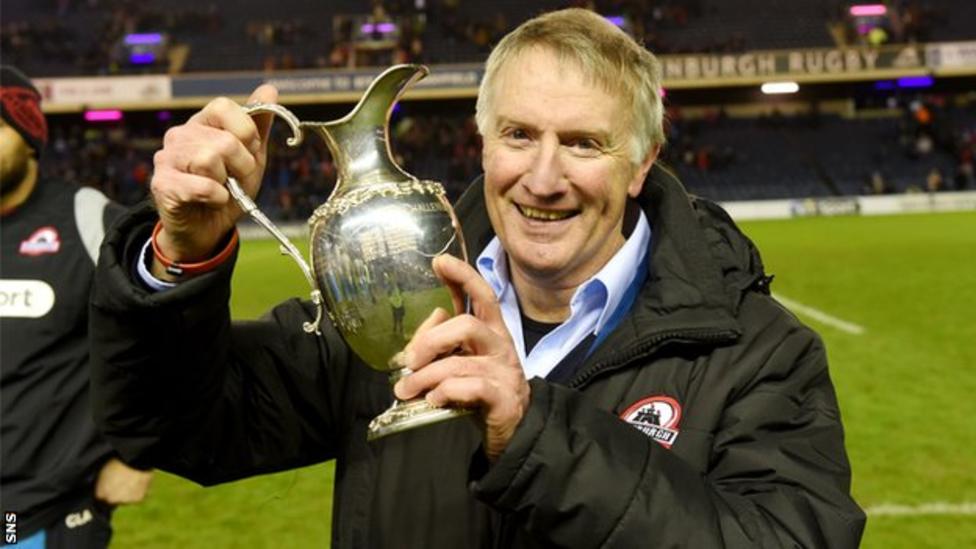 At the end of the season, 23 players were cut from the squad and we started bringing in youngsters and improving the strength in depth of the squad.  We continued to build in my 2nd season, making the European Challenge Cup final (1st Scottish team to play in a European Final) and winning the 1872 Cup derby against our rivals Glasgow Warriors for the first time in 6 years.

The squad was further improved this season and at the time of writing we are 4th on the Pro 12 log, having just beaten Glasgow in both Pro 12 and 1872 Cup derby matches for the first time in 11 years.  We are also still in contention for a European Challenge Cup play off.

In addition, we have developed an excellent group of Scottish youngsters, 3 of whom (Sam Hildago- Clyne, Ben Toolis and Hamish Watson) have already represented the National Team.

Our SA boykies are all doing well.  WP Nel played brilliantly in the World Cup and Cornell du Preez, Anton Bresler, Allan Dell and Andries Strauss are all making huge contributions to the success of the team.

Our recent back to back wins over Glasgow Warriors have seen us take a huge step forward and, having just signed an extension to my contract, I am looking forward to building on the progress made to date.

On a personal note, Mary & I are loving our time in Scotland. It is a beautiful country and the people are terrific.  What adds to the enjoyment is that I am working with a great bunch of players (our team spirit is amazing) and coaches.

Varsity Cup: What to Expect in 2016
Scroll to top