You are here: Home / Club News / The History of Ikeys in the Varsity Cup

The Ikey Tigers finished top of the Varsity Cup log for the 2021 group stages. They played 8 games and won 8 with one game cancelled due to Covid and called a draw – remaining unbeaten until the final. This is the first time since the inception of the Varsity Cup that Ikeys have gone unbeaten leading up to the knockout stages.

The semi-final against FNB NWU Eagles (formerly Pukke) is the 7th time that the Ikeys have made the semi-finals since the VC kicked off in 2008, but the first since 2015. For the first time since 2008, the Ikeys entered the knockout stages as favourites.

7 Semi-final appearances in 13 Varsity Cups is a fantastic achievement in what is a highly competitive competition. Our main competitors have been five teams who have made the semi-finals regularly; Maties 11, Tuks 10, Pukke 10, UJ 5 and Shimlas 5. The Ikeys are the fourth most successful team in reaching the knockout stages.

The final played against Tukkies was our fifth final out of thirteen finals played, which says a lot about Ikeys rugby and our competitiveness! We lost the first two finals against Maties but have won two of the last three we have played. The losses have all been by less than one score, so we were in with a shout in every game. Ikey pride… 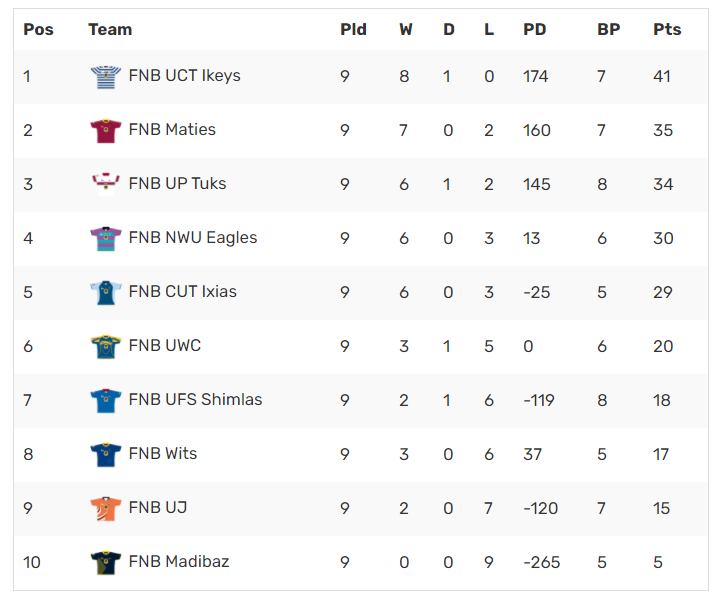