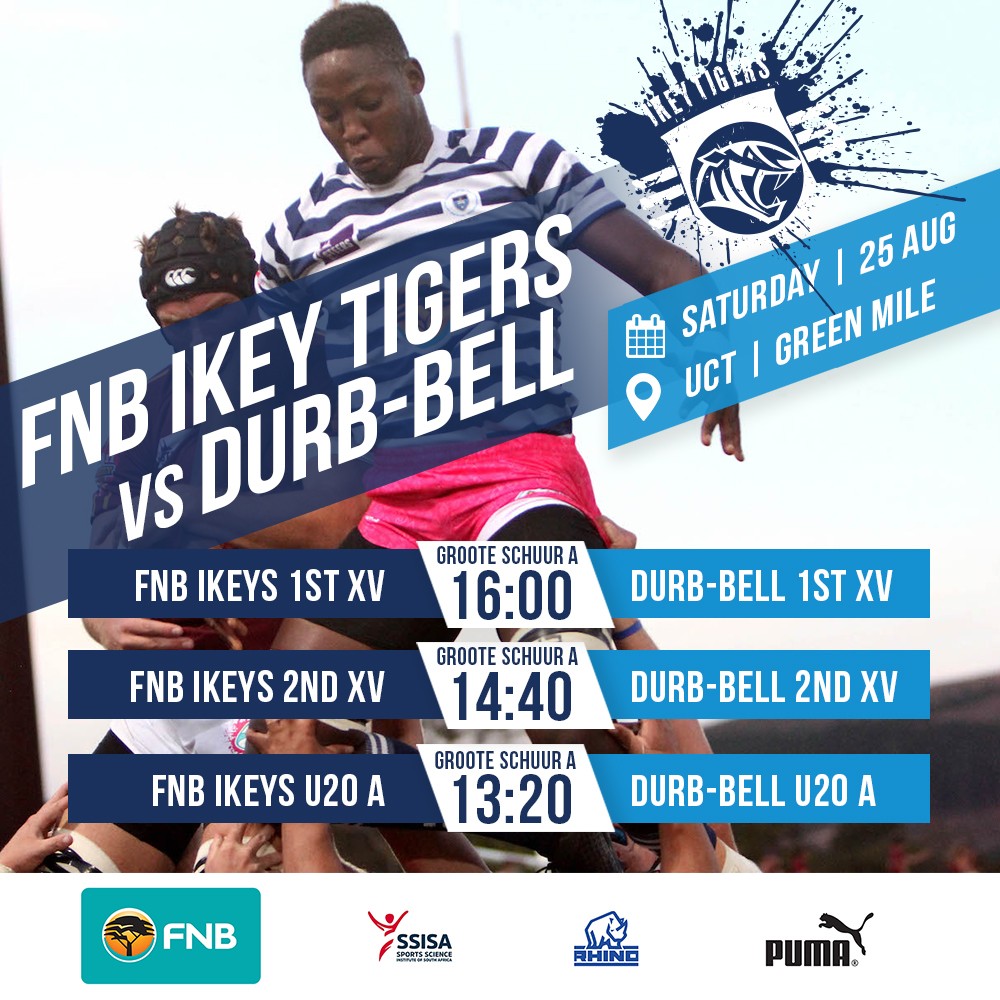 The 2018 WP Super A League will shortly be coming to close. Including the fixture this weekend the UCT Ikey Tigers only, have 5 more games remaining.

After impressive early season wins including a massive away win against our oldest rivals Maties the Ikey Tigers found themselves in a strong log position.

However, coming off the back of two tough losses, one in midweek against Brackenfell and another over the weekend against Hamiltons, FNB UCT now find themselves at 6th on the current log after 9 games.

However don’t let the log position fool you, with a game in hand over most of the teams above them and strong string of home fixtures ahead one would be a fool to rule them out of contention for a podium finish in this seasons league.

A strong win against Durb-bell this weekend will give the team the right kind of confidence and momentum they need to go on to win their remaining home fixtures.

The first XV could also look to draw inspiration from their youngsters and to say that the future of UCT looks bright would most certainly be an understatement at this point. The UCT U20’s are currently undefeated in their 9 games played thus far and find themselves 2nd on the log, only a point behind Stellenbosch and with a game in hand.

With their eyes firmly fixed on the prize ahead it is safe to say that the Trojans will be doing everything in their power to finish the season undefeated and that kind of winning mentality can only breed success within the rugby community.

With the season coming to a close and all that there is on the line I think it is safe to say, the heat is on in the 2018 WP Super A League.