You are here: Home / Ikey Tigers / Steinhoff Turtles looking to shake things up 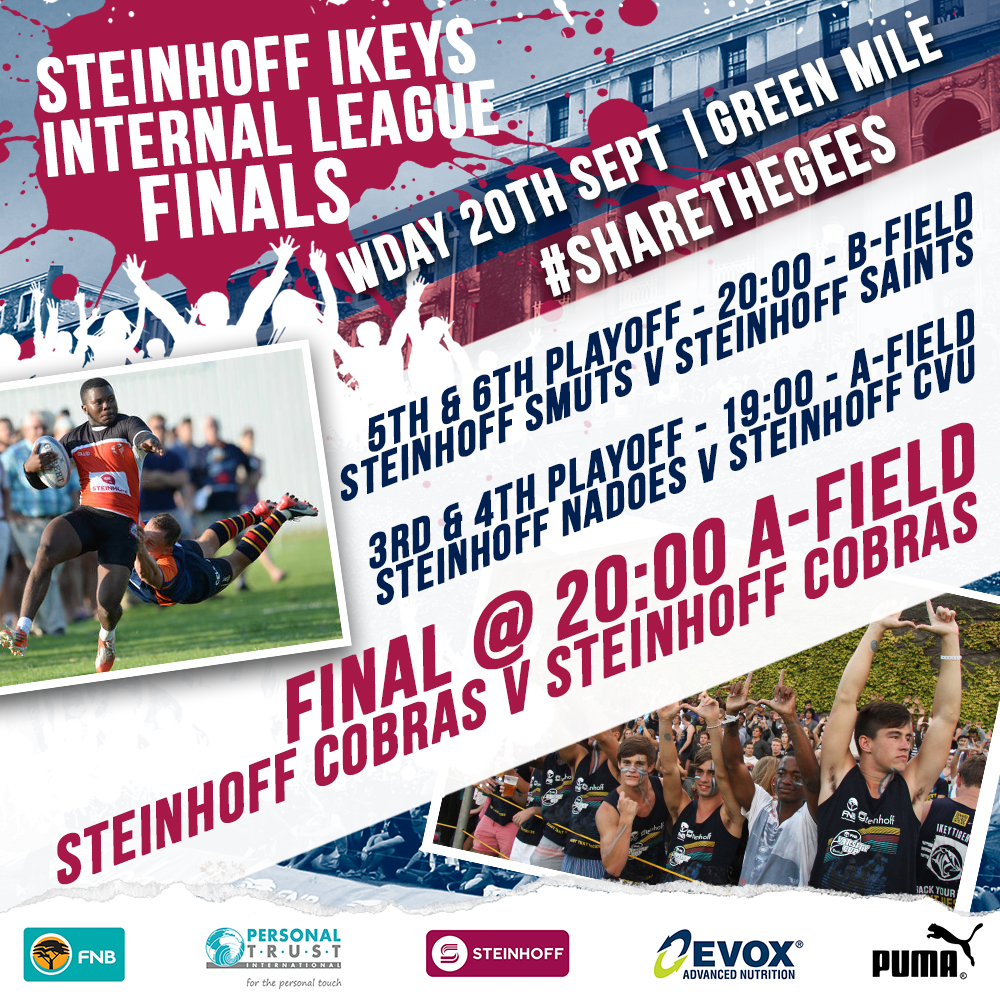 Having already disrupted the ‘Nadoes vs Cobras’ narrative that many have grown accustomed to, Steinhoff Turtles are looking to go one further and dethrone defending champions Steinhoff Cobras when the two clash on Wednesday night.

“It was a good semi-final; Vikings were really strong. It’s been good to have a strong league this year, as seen with the other semi. The Nadoes are a great side but it seems like the Turtles were better on the day so it seems like we’ve got a bit of a plot twist in the usual storyline,” said Steinhoff Cobras captain Ty Wills.

Having lost only one match in the previous two seasons combined, the reigning champions will be confident they can retain their title. “For the final, we’re very excited. It’s a big test week for some of the guys so it might be a nice relief from that, and I think it’ll be a very close game because the Turtles look very up for it. We’re looking forward to playing our brand of rugby and build off that to enjoy what has been a great season,” said Wills.

For Steinhoff Turtles, Wednesday night brings with it more than just a trophy: it is an opportunity for them to take part in the 2018 FNB Varsity Cup presented by Steinhoff International. However, the team won’t let the magnitude of the situation distract them at all. “We all know it’s not the end of the road after our win against the Nadoes, so for now it’s just about taking it one step further and completing the end to a great season. The only way we could do that is to go out there and do each other proud by putting in another good performance,” said Dale Stephen, captain of Steinhoff Turtes.

“It’s all about the Turtles family, and making everyone on and off the field proud. There’s just sixty more minutes of hard work left for us, and we’re going to have fun out there and enjoy it,” added Stephen.

The schedule for Wednesday, the 20th of September is as follows: