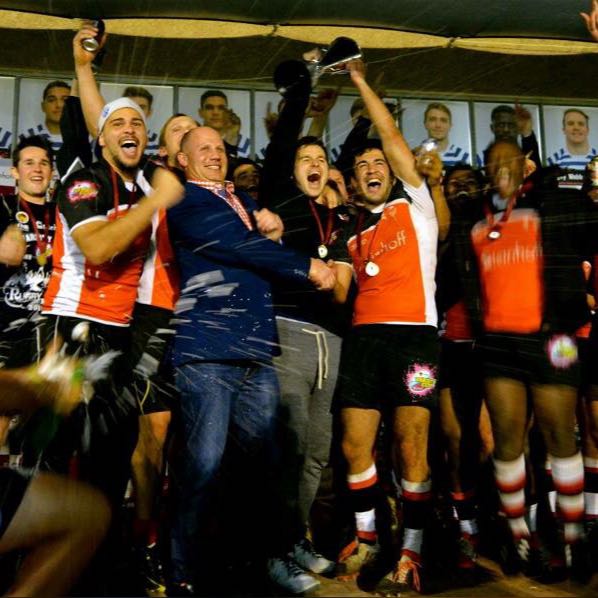 It was an evening of two halves, Steinhoff Nadoes dominated the first half and The Steinhoff Cobras the second.

Steinhoff Nadoes crossed the Cobras try line on four ocassions in the first half. Surely thinking that the game was won at 28 – 10 at half time.

The Steinhoff Cobras however had other ideas and made a valiant comeback scoring four tries of their own but missed the conversions. The missed conversion however cost them dearly. Steinhoff Nadoes finished off with a final try under sticks tacking the scoreboard to 33 – 28. The Steinhoff Cobras had one last chance to win the match but the defence of the Nadoes stood strong, one to many handling errors from the Cobras cost them the match. This surely one of the better matches between these two teams.

In the Res – League Final, Steinhoff Turtles came from behind to beat the Steinhoff Saints in a tightly contested match. The Saints took the lead early in the match and double their scoreline a few minutes later. The Steinhoff Turtles knew to stay in the match they would need to convert their penalties and this they did. Turtles then scored a late try in match to be crowned 2015 Res-League champs.