The FNB UCT Rugby Club has today announced the appointment of Hanyani Shimange as the head coach of the Ikey Tigers for the Varsity Cup 2016. 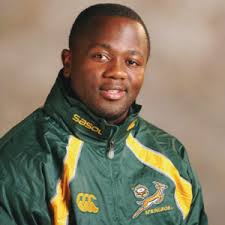 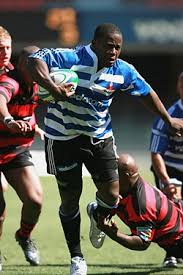 Shimange will take over the role from Kevin Musikanth who has lead the Ikeys for two successful seasons, which included the dramatic come from behind victory in the 2014 Varsity Cup, as well as a semi final in 2015. He also recently guided the team to a win in the inaugural World University Rugby Cup played in Oxford.

Musikanth will be leaving Cape Town for a new position in Johannesburg. 'We are grateful to Kevin who has done tremendous work at the club and are thankful he is not lost to UCT, but will continue to help us and consult on various off-field matters.' explains UCT RFC chairman Greg Fury.

Former Springbok Shimange is a proud Ikey old boy and has previously coached UCT in various roles, including as an assistant in four Varsity Cup campaigns. 'I am delighted to have this opportunity, the Ikeys have always been very close to me, even when I went to high-school down the road' says the former front ranker.

'We have a great squad and coaching team and the guys are already gearing up to get into the gym for pre-season for the 2016 campaign. I am excited to build on the great work that Kevin has done with the squad' says 'Shimmie' who will be assisted by Christiaan Esterhuizen, another experienced UCT coach.

Shimange is currently coaching the DHL WP U21 team in the Currie Cup and UCT rugby are grateful to Western Province Rugby for agreeing to release him for the duration of the Varsity Cup.