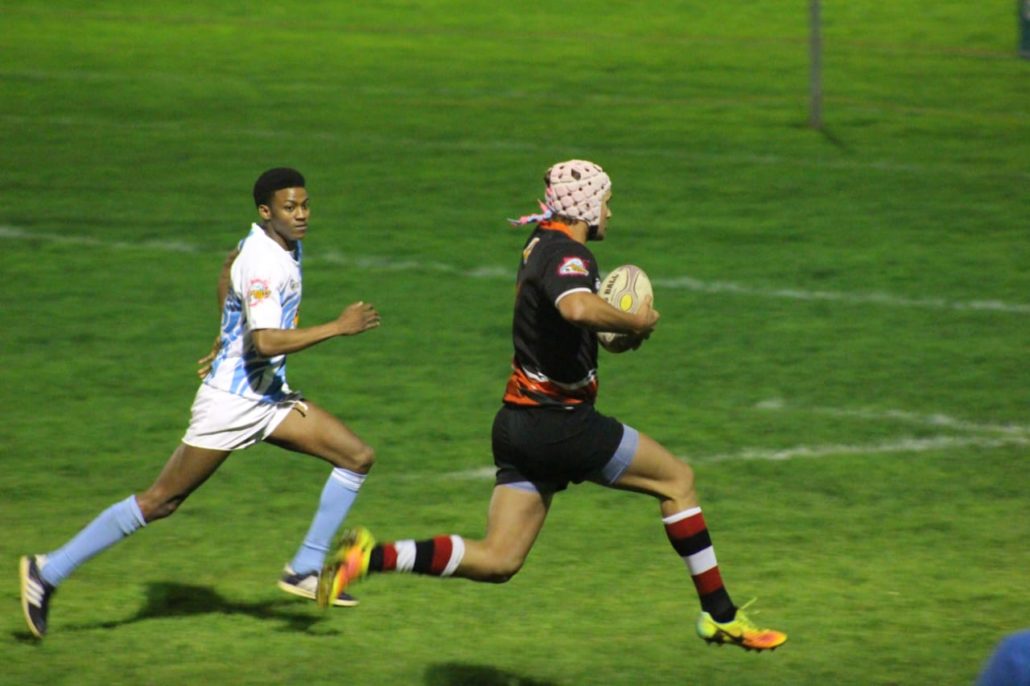 The first week back from the winter break of the UCT Internal League was nothing short of eventful, as over 200 pints were scored in the 4 matches. It was a week of agony and ecstasy as some teams pulled off some stunning upsets whilst others felt the pain of defeat for the first time.

We officially have a new team at the top of the table as Nadoes scored a scintillating 79-0 victory over Kopano. They leapfrogged the Turtles who suffered their first loss of the season to a very strong Ubumbo side 17-22. Ubumbo making a big statement of intent for the rest of the season.

In another shock result Cobras lost to the UCT U20B side 5-41 as they also suffered their first loss of the season. Smuts scored a stunning nine-try victory as they defeated Leo Marquad to get their season back on track and established themselves as the so-called Kings of Upper Campus.

The fixtures this week are expected to bring the heat, despite the temperature on the Green Mile. The evening opens up at 6pm as the Turtles look to get their season back on track against a U20 side that is flying high after their victory against the Cobras. That game will be played on the A-field and it is bound to set the mile alight. Also kicking off at the same time are the Cobras as they take on Kopano.

At 7pm the Saints take on an Ubumbo side brimming with confidence as they look to register their first victory of the season. That game will be on the A-field, while on the B-field defending champions the Knights take on Smuts. The Knights will need to win this one if they hope to make the playoffs and successfully defend their title this season.

The last game of the night sees the table-topping Nadoes up against Leo Marquad as they look to retain their spot at the top of the log. The Ikeys Pub and Grind will be open throughout the night serving food and refreshments as the Internal League brings the heat to the Green Mile so come down and support your favourite team