We catch up with Raun Billett who earned his 100th cap as the First Team Manager when Ikeys played against UJ in the Varsity Cup on 11 April.

Raun graduated from UCT in 2007 and is a qualified CA(SA). His investment company owns Black River CrossFit, where our young guns train in season, and MAX Mouthguards which provides mouthguards to our players.

Raun, congratulations on your 100th cap as first team manager!

Beyond your current role, you have had a long history with the Club. Tell us a little bit more about that? What keeps bringing you back to be part of Ikeys rugby?

I have been involved in the club for 15 years now in various capacities; player, internal league coach, committee member and team manager.

Throughout this time, I have been inspired by the great people involved in all aspects and am grateful for the opportunity to play a small role. My involvement has been rewarding for several reasons, but friendships, learning and mentorship are top of the list.

After 100 caps, you must have a few good stories. What’s the weirdest/funniest thing a player has ever asked for your help with?

I have been asked to get jerseys tailored on match days for a tighter fit, play rain sounds to drown out roommate snoring and bribe bus drivers to deviate from their plans. Anything for the team!

You have also seen a lot of talented rugby players during your time here. Is there any particular, past player, that stands out as the best you’ve seen?

UCT continues to produce exceptional rugby players and Etzebeth, de Allende and Carr are obvious ones that come to mind. Matt Turner was a standout in our first VC season.

What really inspires me are the great club players who also excel academically – guys like Herbert Mayosi, James Kiloe and Rob Anderson. The skill of balancing the demands of both is so critical for life beyond sport.

As team manager, you make sure everything is perfect on match day. Are there any quirky rituals or is there a specific setup you have to follow on the day before you’re ready for the match?

Varsity Cup match days are always tense and exciting! The nature of sport is that top players all have their own unique rituals and preferences and so creating a space for that is important for performance. My role is to provide a sense of calm for the group and keep things moving along. I do the match day jersey handouts so that always gives me a lot of energy and it is vital to have enough jelly babies on the bench!

If you had to choose, what would you say was the single toughest moment / hardest moment to stomach in your time with Ikeys rugby, and what was the standout highlight?

Our 2016 season, my first as manager, was our toughest in my tenure. We were a young team in transition who had some bad luck.

My highlight is undoubtedly our tour to Japan in 2019 where we retained our title as student world cup champions. This was a unique and life-changing experience for the collective which I never forget and am grateful to have been a part of. The WhatsApp group is still very active! 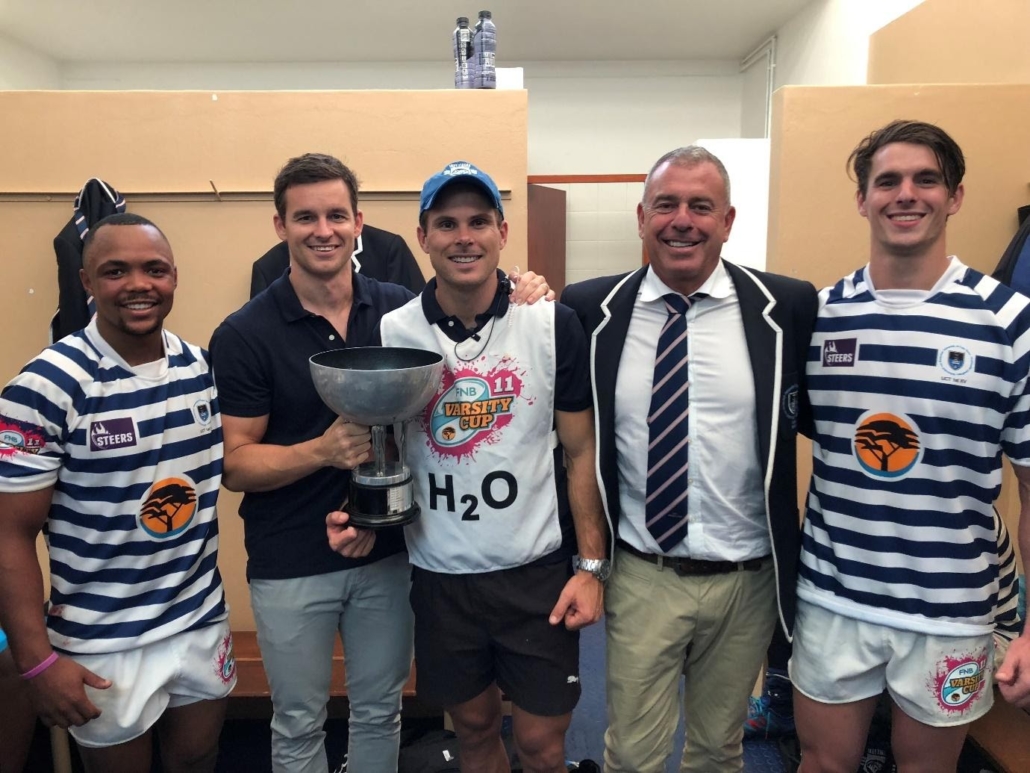 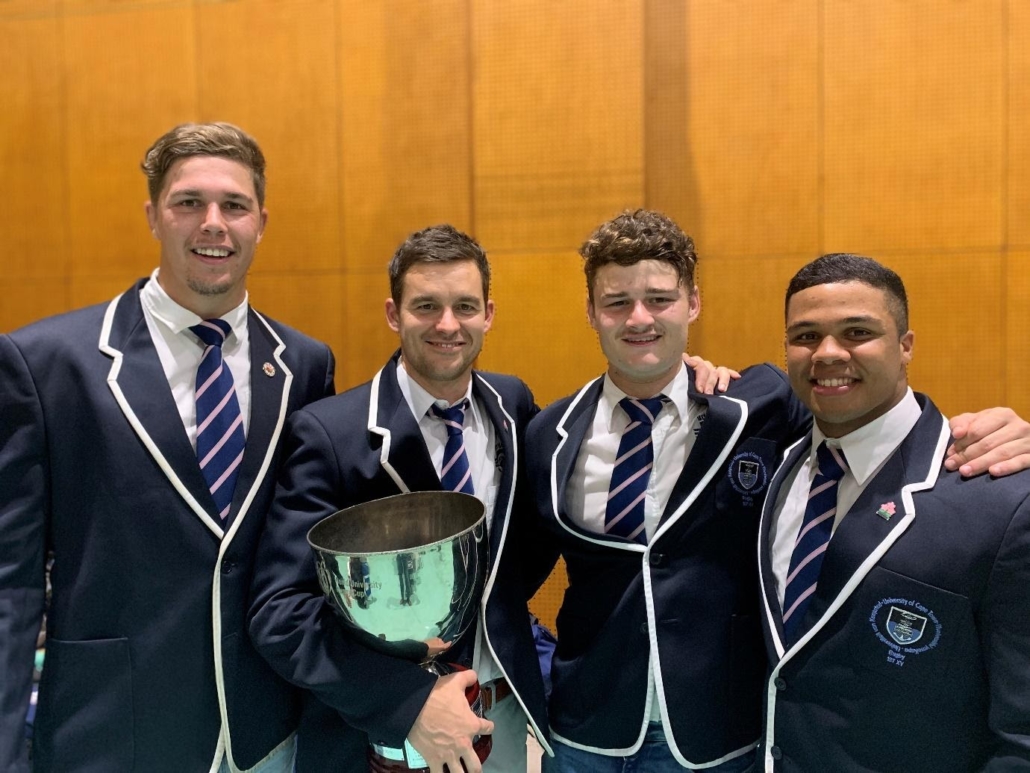 With the World Universities Cup in Tokyo, Japan. 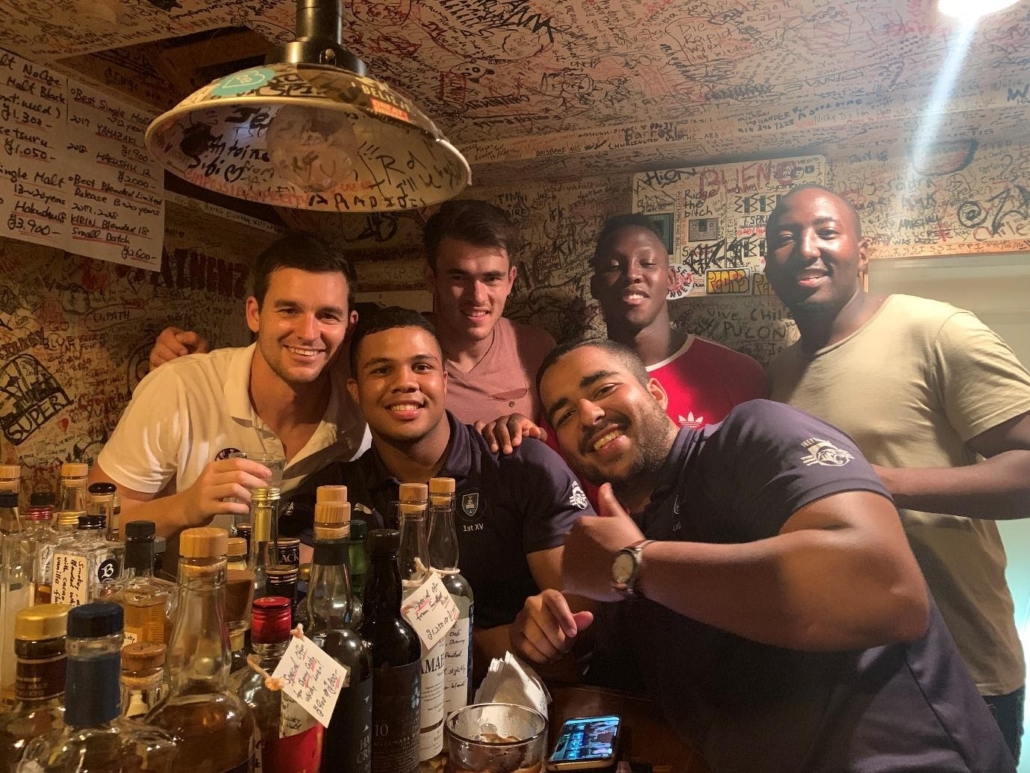 A night out with the players in Tokyo.

A walk down memory lane with Ikeys and Wits – the two traditionally English...