Blog - Latest News
You are here: Home1 / Newsflash2 / Play Off Time – all the info 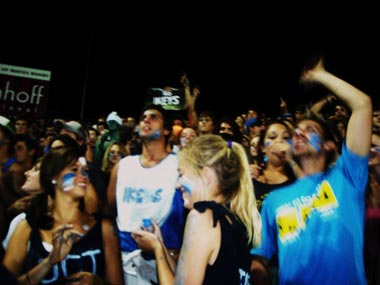 With the semifinals of the 2010 FNB Varsity Cup just days away, there are various permutations facing the last four teams remaining in the competition. The biggest of them for UCT is should they win against Shimlas and Maties lose to Pukke, the final will be played in Potchefstroom.

As we all know, the FNB Maties (top of the log) and FNB UCT (second on the log) will both – for the third year in a row – be hosting home semifinals this coming Monday; with the table-topping defending champions, should they beat Pukke, set to host a third successive final.

Of course, in 2008 the Maties did not end on top of the log, yet they still hosted the inaugural Varsity Cup Final because UCT’s floodlights – at their Groote Schuur fields – are not deemed good enough by broadcasters, SuperSport, to host a late televised match. (As per Varsity Cup regulations.)

So, if the Maties were to lose to the Pukke in Stellenbosch on Monday, and UCT were to beat Shimlas in Cape Town, then the final on March 29 will be held in Potchefstroom – despite UCT having ended higher than the Men from Potch on the log.

Varsity Cup CEO Duitser Bosman explained to varsitycup.co.za: “Such a scenario would be unfortunate for UCT, but that is how the rulings of the Varsity Cup work.

“We had a similar situation in 2008 and, since then, ruling 10.2 was added to the official Varsity Cup competition rules and all eight universities have been aware of the situation since the start of last year’s tournament.”

Having once again been treated to an exciting finale to the league phase of the third-ever Varsity Cup tournament, which saw FNB Shimlas and FNB UJ involved in a virtual quarterfinal match, Bosman is anticipating “two fantastic semifinals” between the four top teams in 2010.

And, the Varsity Cup boss will be present in Cape Town for the UCT-Shimlas match (kick-off 4.15pm), before making the dash to Stellenbosch for the 6.30pm clash between Stellenbosch and NWU-Pukke.

“I managed to watch both games last year and should make it to Stellenbosch with time to spare this year – again,” he laughed.

All that could slow Bosman down on Monday would be a tied match between the Ikey Tigers and Shimlas – as was the case in 2008 when the Maties-Tukkies semifinal went into extra-time. (Interestingly, UCT and the Shimlas drew their opening match in Port Elizabeth this year – 30-30 – an omen, perhaps?)

If the scores are level at full-time – in either the semifinal or final – then twenty (20) minutes extra-time will be played – ten (10) minutes each way, with a one-minute (1) break.

Then, if the scores are still level after extra-time, a kick-out will be held.

A kick-out will take place as follows:
– Each team chooses five (5) players to place-kick in random order from the middle of the field on the 10-metre line, nearest to the goal-posts as the designated point on the field.  The teams will toss for kicking first.
– If the score is still equal after the kick-out, the kick-out will continue on a sudden-death basis.
– The same five (5) players will kick again in the same sequence that was used in the first round of the kick-out.

Bosman concluded: “Whatever it takes, be it 80 minutes or 100 minutes, I have no doubt that we will be treated to two high-quality semifinals. There is a lot at stake for all four teams, but I am looking forward to Monday and, of course, the following week’s final.

“I would like to congratulate all eight teams that took part in the 2010 FNB Varsity Cup presented by Steinhoff International for yet another fantastic tournament and also wish the four semifinalists the best of luck for Monday.”

Captain Fenton-Wells back for Ikeysgreat team! bring it home boys!
Scroll to top