Blog - Latest News
You are here: Home / U20 / No room for error for Trojans 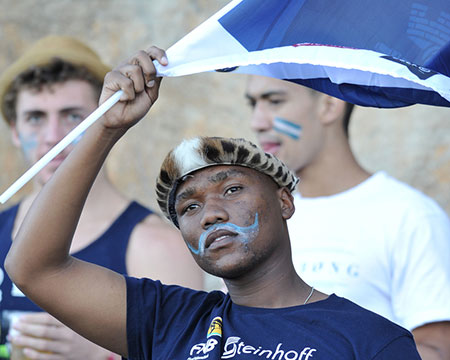 FNB UCT Trojans coach Christiaan Esterhuizen knows that his side can’t afford to slip up at all if they want to challenge for the Young Guns title.

With the format of the competition changed this year, the key to making the final will be consistency, which Esterhuizen knows will be a major challenge for his young charges.

“It is challenging, if you lose one match then it is going to be hard to make that final. It is a competition of small margins and it puts emphasis on that, if you make one mistake you are probably going to be out.

“In the past you could lose a match and then sneak into the semifinal, now there is none of that luxury and you just have to win week-in and week-out, but it is good to get an extra game and give the youngsters more exposure,” he told varsitycup.co.za.

This is Esterhuizen’s second year in charge of the Trojans, and he is confident that they can improve on their showing last season when they failed to qualify for the semifinals.

“Last year was challenging, we had a lot of changes in the club so nothing much happened on the recruitment side.

“We had no depth and had to work with what we had, but obviously you learn and have to go through the dark times to learn as well.

“I think we have learned in terms of just how tough the competition is and you do need the depth,” he said.

Although it will be a relatively young side, Esterhuizen said that there is major potential within the group and he expects them to surprise a few teams this season.

“We are going to go in with a young side, most of the guys will be Under-19 this year.

“We don’t have big SA Schools players or so many provincial players, but a lot of the guys who have come in were the best schoolboy players in their position in Cape Town last year,” he explained.