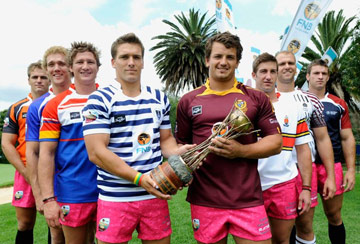 Fenton-Wells led the University of Cape Town to an inaugural Varsity Cup title in 2011 and was captain of the victorious Western Province side in this year’s Vodacom Cup. He also made a promising debut for the Stormers recenty.

Saracens, have confirmed that the loose forward will be joining the English club for the new season.

‘We have been following Nick’s progress for some time. He has the heart of a lion, and we are delighted he has decided to join us,’ said director of rugby Mark McCall.

While based in Watford, Saracens has a strong South African influence. A number of former Super Rugby players and Springboks have represented the club over the past decade.

Fenton-Wells feels that the move to Saracens is the right one for his career.

‘Everybody in SA rugby follows what is happening at Saracens, and I’m looking forward to joining a club that continues to break new ground in so many ways,’ he said. ‘I’m really excited to be joining such a special club and I’m very grateful for this opportunity.’

The ‘other’ John Dobson

Leyds to start against England
Scroll to top