It’s always a pleasure to hear of a former-players’ success, and the news that Nic Groom had been selected to play for the Barbarians this September was a proud moment for all of us here at the Rugby Club. Fantastic to see the UCT Rugby socks matched with the famous Babas jersey. This caps a great season for Nic who last week captained WP in a win over the Blue Bulls. Still a good friend of the Club, Nic writes here about his experience as a Barbarian. 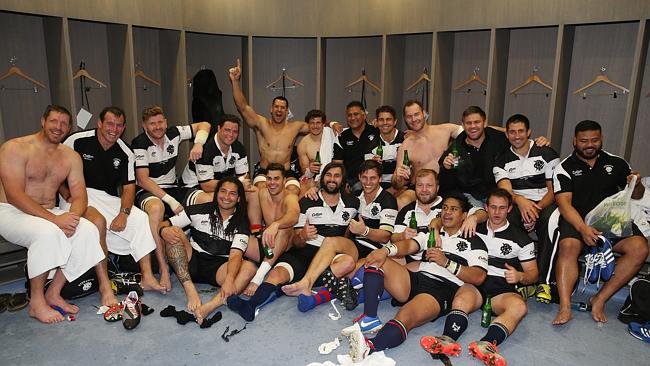 I honestly couldn't believe the news when I first found out I had been selected to play for the Barbarians. For me, personally, that was in many ways my ultimate rugby utopia. How on earth it happened I'm not too sure, but in my inbox sat a Barbarians Rugby Football Club contract with my name on it. I was pretty taken aback and actually didn't tell anyone for a few weeks – in case I was to jinx it or something. Initially I was terrified that The WPRFU would not let me go as the game fell on the same day as our fixture against the Cheetahs in Bloemfontein, but Rob Wagner and co were so supportive about it and agreed to sign me off. Rob understood the prestige and the magnitude of the Barbarians and he actually got me really excited for the trip – for that, I will always be extremely grateful as they could have easily rejected the offer.

What was to follow was one the best rugby weeks of my life. That week in London we were treated like rugby royalty. We stayed in the centre of London in an amazing hotel, ate at incredible restaurants and on the odd occasion hopped on the team bus and chucked a ball around at the local school field. A highlight of the week was definitely receiving my Barbarians tie from Mickey Steele Bodger, one of the Barbarian greats. To be officially capped as a Barbarian is something I'm still trying to wrap my head around.

The week flew by and before I knew it I was on the bus approaching the Queen Elizabeth Stadium. We were about to play Samoa in the first rugby match ever to be played at the iconic Olympic venue ahead of this year’s Rugby World Cup. They had already pre-sold in excess of 40000 tickets, so the boys were buzzing. We had become a rather tight bunch building up to the game. We had worked on one or two attacking moves in the week, but not one second was spent on a chase line, a defensive pattern. The words ‘video session’ were also never mentioned throughout the week, which was a welcomed change to my usual preparation for a weekend.

I got subbed on to the field with about 30 minutes to go, and as I made my way on to the field I looked to my left to realize I was running alongside Ali Williams – he had won the last World Cup. I remember saying to myself, "this is so sick." I ran around for 30 minutes purely on adrenalin and excitement. We ended up winning, wrapping up one of my greatest rugby days.

In the pressure cauldron that is professional rugby, playing for the Barbarians was a proverbial breath of fresh air. It reminded me why I started playing rugby and exactly what I love about the game – the spirit, the ethos and the pure enjoyment. These are the very things that I learnt as an Ikey, and honestly they are values I'm sometimes guilty of forgetting. I ended up playing in one UCT sock and one Rondebosch sock. I wanted to honour the two places which taught me to play rugby for the right reasons.