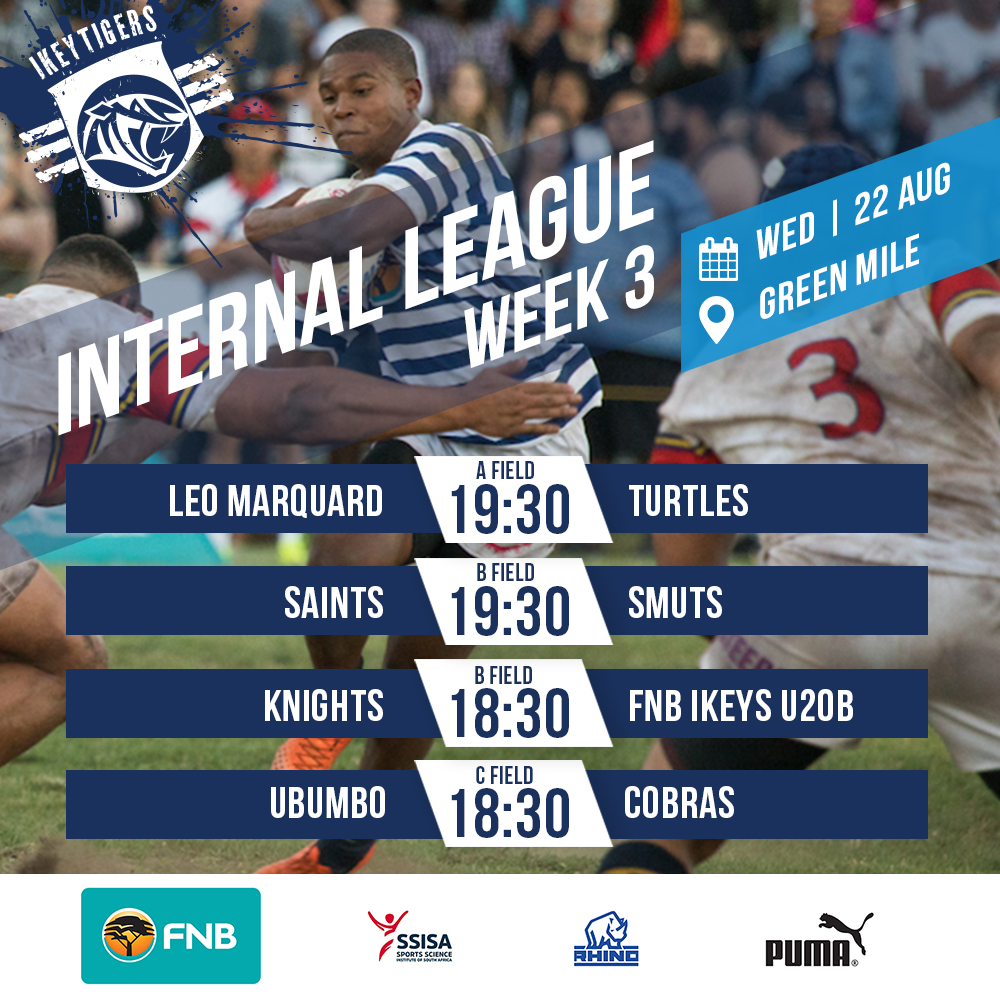 The 2018 Internal League Championship has officially kicked off and has certainly not disappointed. The league is in full flight and with two game weeks behind us we take this opportunity to look at the current status of the teams.

In Pool A, The Saints find themselves in pole position on the log after a very impressive start to the season. After an impressive Plate victory in 2017 the Saints have continued that winning mentality and picked up two bonus point victories over Leo Marquard and the UCT 3rd XV. This has put them in a strong position to challenge for the Cup this year.

The Nadoes trail in 2nd place with 9 points also after a very solid start to the season. A comeback victory against the Turtles in the opening week and a solid outing against Leo Marquard has put them in good stead to challenge for the title again.

The Turtles find themselves in unfamiliar territory. Two narrow losses in the opening weeks find them currently languishing in 3rd place on the log. The team will have to dig deep to pick up that winning mentality associated with them in previous seasons if they want to challenge for the title in 2018.

Both Leo Marquard and the UCT 3rd XV have failed to register any points on the log and both will want to avoid being the whipping boys of the pool as the season continues.

In Pool B, The Cobras and the UCT U20B side find themselves tied for pole position. Traditionally the Cobras have dominated this tournament for years and the U20B team will have to dig deep if they’re looking to wrestle title from the defending champions.

The Knights find themselves in 3rd position only one point above Ubumbo after both teams have registered a win each with only a bonus point separating them. Smuts find themselves at the bottom of the log but it’s safe to say that the competition in Pool 2 is really heating up.

Saints and Smuts butt heads as the Saints will look to further cement their place at the top of the log and keep marching on.

The final game of the night sees the Turtles chomp at the bit in a bid to start a strong winning streak to the champoionship against Leo Marquard. All games will take place on Wednesday evening on the Green Mile and will be a guaranteed joy to watch.

The Heat Is On!
Scroll to top