Blog - Latest News
You are here: Home1 / FNB Ikeys Internal League2 / KNIGHTS AND PANTHERS OUT TO SPOIL THE PARTY 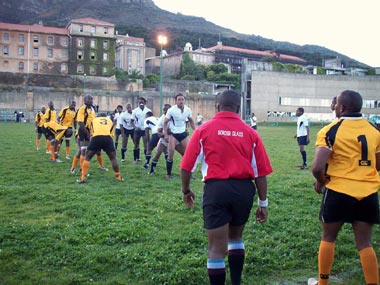 It’s been a long season filled with Varsity breaks and fixture byes. Teams however are at the final hurdle as one match could either see them through to the final or see them playing for fourth and fifth place.

It’s the Semi-final in the Steinhoff UCT Internal League this Friday, the Steinhoff Nadoes and Steinhoff Cobras managed to avoid each other and might meet in final. The Nadoes have gone unbeaten in the group stages and face the Steinhoff Knights in a do or die match up. The Cobras however face a stiffer opponent in Steinhoff Panthers who has shown some good form of late. Both teams should have a full strength team heading into the match. It’s a matter of who wants it more on the evening as the quality  of players on show are evenly balanced.

The Res League sees the unbeaten Medics up against Steinhoff Smuts Hall. The form of the Medic Boys as late should easily see them overpower their opponents but if form is anything to go by the Medics should watch out as Smuts has been on a winning streak as well. Steinhoff Turtle are up against a real gutsy Vikings team.