Alan Solomons was appointed Worcester Warriors’ new director of rugby with effect from January 2018 after agreeing a two-and-a-half-year deal. He has taken over from Gary Gold. 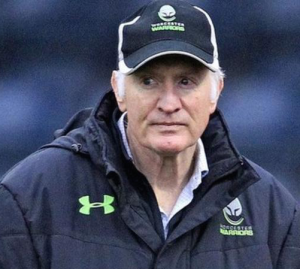 Solomons initially joined Warriors to assist Gold in October and has helped the team experience an upturn in fortunes. The Warriors were struggling at 11th position out of 12 teams but have had two wins in two games to bring them within touching distance of a few teams above them and well above the last placed London Irish team. On Saturday the 10th of February the Warriors secured an historic win over reigning Premiership champions Exeter Chiefs 6-5 . Alan Solomons’ side led 6-0 at the interval after a solid display in the first period which included two penalties from the boot of Chris Pennell, before Mitch Lees’ second-half try set up a tense finale. But in a monumental effort by Warriors, they fought till the death to secure one of the finest wins in the Club’s history to earn four valuable points – and became the first side to beat Exeter in the Premiership at Sandy Park since October 2016. There are some South Africans playing for the Warriors namely Francois Hougaard, Anton Bresler, GJ van Velze and Kurt Haupt.

This past Saturday they continued the turnaround, to beat local rivals, Johan Ackerman’s Gloucester side, 25-15.

Jarryd Sage has moved to the Newport Dragons after leaving the Lions and a short stint at the Kings. On the 2 February he started against Worcester Warriors in a 33 – 27 win – scoring a try (in the Anglo-Welsh Cup). On the 9 February against the Glasgow Warriors in the Guinness Pro 14 he featured off the bench. He plays in the same team as Zane Kirschner and Sarel Pretorius. 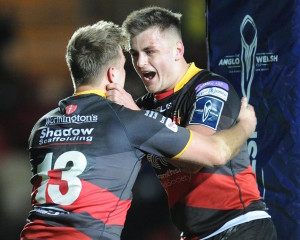 Jarryd is Wales-qualified via his father who is from Wales and moved to South Africa from Newbridge in his teens. He is also the grandson of renowned Springbok Doug Hopwood.

Sage played for Western Province and the Golden Lions before his chance at the Kings but has long been on the radar of the WRU because of his Welsh heritage.

“I’ve always been in talks with the Welsh Rugby Union and some of their guys got hold of me in school, but I was kind of delaying it and delaying it,” he said.

Nic Groom has been playing for Northampton Saints since 2016 when he left the Stormers to join them. Currently he shares 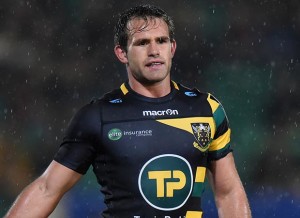 scrumhalf duties with compatriot Cobus Reinach. It was pleasing as an Ikey supporter to see Ikey old boy Francois Van Wyk, who has joined Northampton for the 2017/8 season playing alongside Nic. The 25-year-old loose head had been with The Western Force since 2014 and played 12 times for the Force in Super Rugby.

It is being reported in some media outlets that Nic Groom reportedly has his sights set on playing for England. The 27-year-old left the Cape franchise in 2016 to join English club Northampton Saints. Nic was part of the Springbok squad for the home series against Ireland in 2016, but did not play a Test. His only national representation was playing for the SA ‘A’ side against the England Saxons. Due to SA Rugby’s current regulation that only Springboks based overseas with more than 30 Test caps can be picked for the national team, Groom will not come into the reckoning in 2018. He will qualify to play for England in 2019. 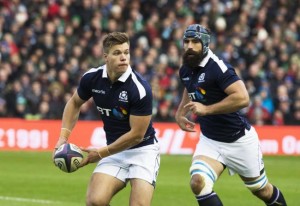 In the Six Nations Huw Jones has been one of the outstanding players in the Scottish team and in the recent win against France he scored Scotland’s second try to take his tally to eight tries in 13 games for Scotland! Next up it is the big one against England on Saturday 24th February. The Scots will have their work cut out for them against a strong England team.

Seasoned observers of Scottish rugby carry around an amount of baggage at this time of year. It’s been 19 years since Scotland raised a gallop as contenders. Almost two decades of failure in the championship tends to make you sceptical about talk of new dawns.

“Last year we didn’t win away [against France or England], but there is a lot of optimism and we are getting a lot of praise about the way we are playing. This is a big test. If we can go down and win then hopefully that optimism will continue,” Jones said.. 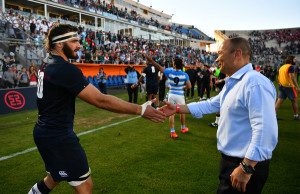 while there are a lot of talented loose forwards in the England setup, he could consider himself unlucky not to be selected for the England Six Nations squad. He has had one England appearance on tour last year against Argentina. A number of pundits and sportswriters have questioned his exclusion.

Austin Healey: “I can’t understand how Don Armand is not in the England squad”. Fellow pundit David Flatman’s theory is that the more people talk about Armand, the less likely Jones is to pick him. 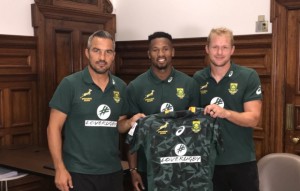 Kyle Brown is a seasoned sevens campaigner and was recently asked to lead Blitzboks in the recent series in Hamilton, New Zealand.

Kyle was the regular captain of the side for a number of seasons, but stood down from the captaincy at the end of the 2015/16 series, when Snyman took over. Snyman, however, returned to South Africa due to injury, and Brown was again handed the captaincy by Springbok Sevens coach Neil Powell. FIJI pulled off a scintillating comeback to beat South Africa in the final but the Blitzbokke increased their lead at the top of the table.

There were two other Ikeys taking part in the Hamilton Sevens, Dylan Sage who has just come back from injury and Sikhumbuzo Notshe, a newcomer but who has adapted well to Sevens. 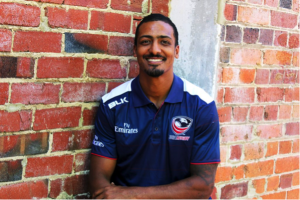 Marcel Brache started at centre for the USA against an Argentinian XV in Carson, California on the 3rd of February, the USA running out eventual winners 17 -10.

Dallen Stanford, well known Ikey old boy continues to play a huge role in USA rugby and also as a match commentator for a number of rugby games/tournaments, including the 7’s World Series and USA matches.

An Ikey commentating about another Ikey for the USA! 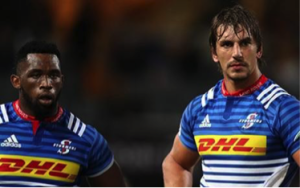 A number of Ikeys will be playing a key role for the Stormers in the Super Rugby Tournament which has just kicked off. Siya Kolisi (Captain), Nizaam Carr, Damian De Allende, Dillyn Lleyds ,Eben Etsebeth (injured) and Sikhumbuzo Notshe.

The Stormers Head Coach is of course Ikey old boy player and coach, Robbie Fleck; who works alongside Gareth Wright as the kicking coach.

Ross Geldenhuys will be featuring at prop for the Sharks. 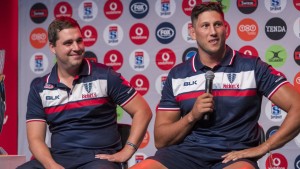 Former Western Force coach David Wessels has knocked back overtures from Ireland to remain in Australia and head up the Melbourne Rebels, he announced on Friday.

After Perth-based Force were controversially axed from Super Rugby last month, the 34-year-old South African was reportedly being courted by Irish powerhouse Munster. But he has now joined the Rebels on a two-year deal as head coach. He is highly rated and tipped as a potential future Australia coach.

In the Guinness Pro 14 Michael Willemse has been starting at hooker and playing well for a struggling Southern Kings side. 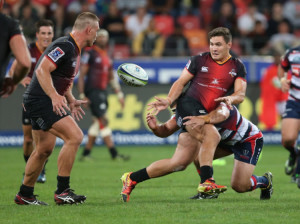 Both coach Davids and captain Michael Willemse said that despite the disappointment of two defeats on their mini-tour so far, they were determined to finish the tour on a high note and assured fans that they would be giving everything they had against the powerful Leinster outfit in their next fixture. “They are a very good team and we will need to be organised on defence against them. It’s also important that we try and play the game in the right areas and clinical in using our opportunities when we get quality ball,” said Davids.

Southern Kings take on Leinster in a GUINNESS PRO 14 Championship clash on 23 Feb 2018. The match takes place at the RDS Arena and kicks off at 21h35 SA time. The match will be broadcast live on Supersport.