You are here: Home / Ikey Tigers / Introducing the 2018 Ikey Ladies

Starting just before this year’s Easter mid-term vacation period, the Club launched an important transformation initiative in the form of a brand new Ikey Ladies team. The Ikey Ladies team recognises the interest of female UCT students in playing the beautiful game, and forms part of a growing culture of Women’s rugby across the country.

Jonathan Biderman-Pam, Director of Rugby at UCT, notes “Rugby is now played worldwide by both men and women. Sevens is an Olympic sport played by both genders. In the UCT environment where gender equality is a cornerstone of the University’s value system it is imperative to offer rugby to female students.”

There are a few ladies teams in Cape Town, but no competitive league, which makes it very difficult to sustain interest. Nevertheless, the Club has pushed forward with the initiative, inviting several experienced WP Ladies coaches to assist with hosting quality training sessions in preparation for future fixtures. The current format of practices is largely introductory in nature, touching on the different aspects of rugby, with the majority of the ladies never having the opportunity to play rugby before.

The new initiative has been met with overwhelming support from the rest of the Club, with many of the male players expressing pride and awe at how hard the ladies practice.

Currently there are 12 girls that regularly attend training sessions, with attendance expected to grow as the initiative gains momentum. With no formal league structure, the short-term plan is to arrange a 7’s ladies tournament in conjunction with Maties, UWC and CPUT. The Club will also look to assign a permanent coach for the team in the near future. 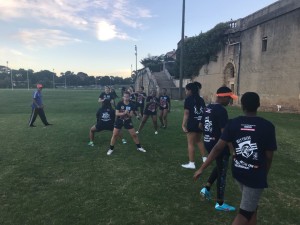 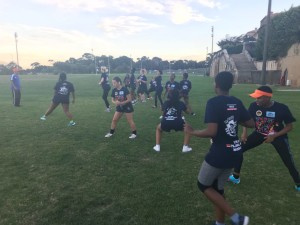