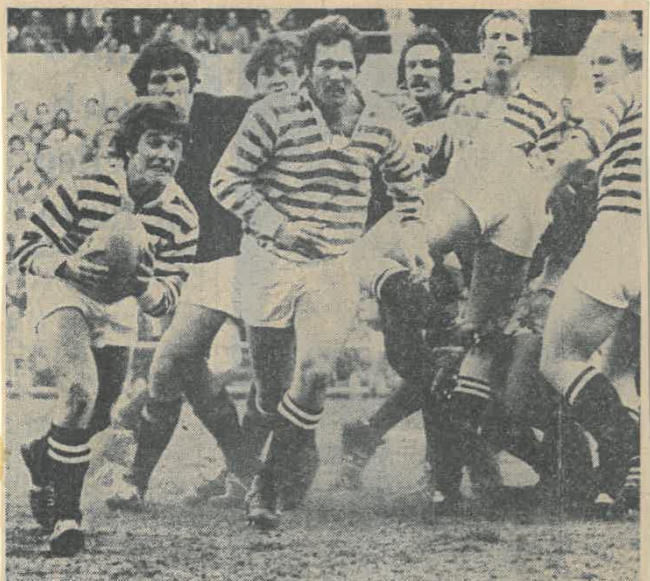 Dave Zietsman, UCT Scrumhalf, moves round the scrum with Flanker Richard Skeeles in support at the 1974 Intervarsity Final.

In 1974 Neville Leck wrote an excellent piece in the Cape Town press hailing the stunning victory of UCT over Stellenbosch to claim the coveted Grand Challenge Championship outright for the first time in 14 years. The final score was 9-6 in favour of UCT. That in itself tells a story.  A winning margin of 3 points in the old days was typical of a tough, bruising encounter.

Both teams were littered with big names, but for one passionate UCT fan, an older man who could not contain his joy at the final whistle, Neville writes that this aficionado hailed Springbok Peter Whipp’s team by chanting the brilliant centre’s name over and over again, long after the game was over. The crowd of 18000 people had long dispersed, but for this worthy gentleman the magic continued.

That was the magic of a titanic clash between UCT and Stellenbosch in 1974. That is the magic of a tantalizing match up on Monday, 27th February, 2017, some 43 years later. The venue is different, the laws are altered, but the magic is still there. Peter Whipp and Dugald McDonald are just two of that superb Ikey team who are still very much a part of the UCTRFC tribe. Dugald McDonald is our esteemed President. Peter Whipp will be in the crowd.  Let us hope that both will lift a glass of something cool and thirst quenching on Monday evening to hail the 2017 Ikey Tigers. 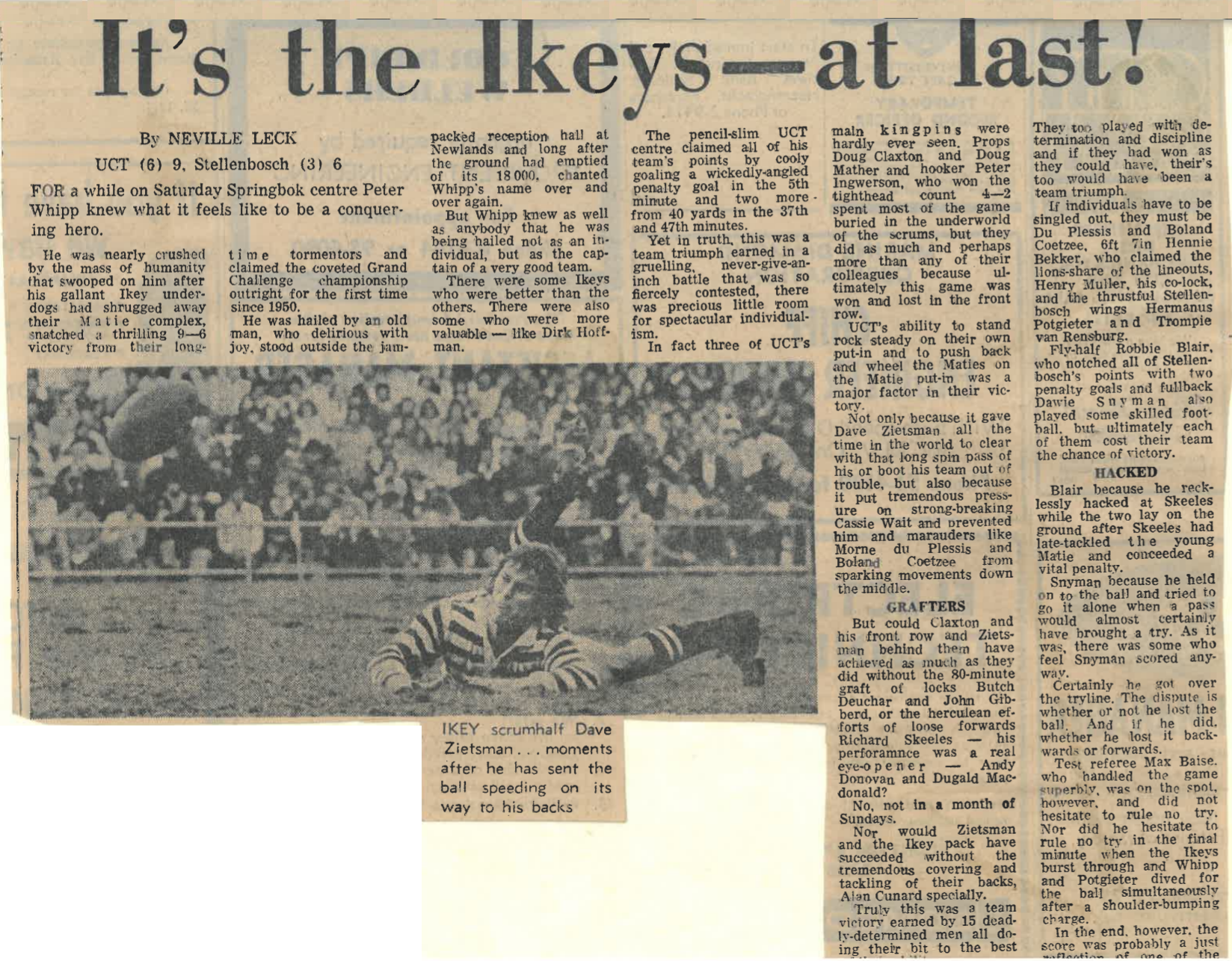 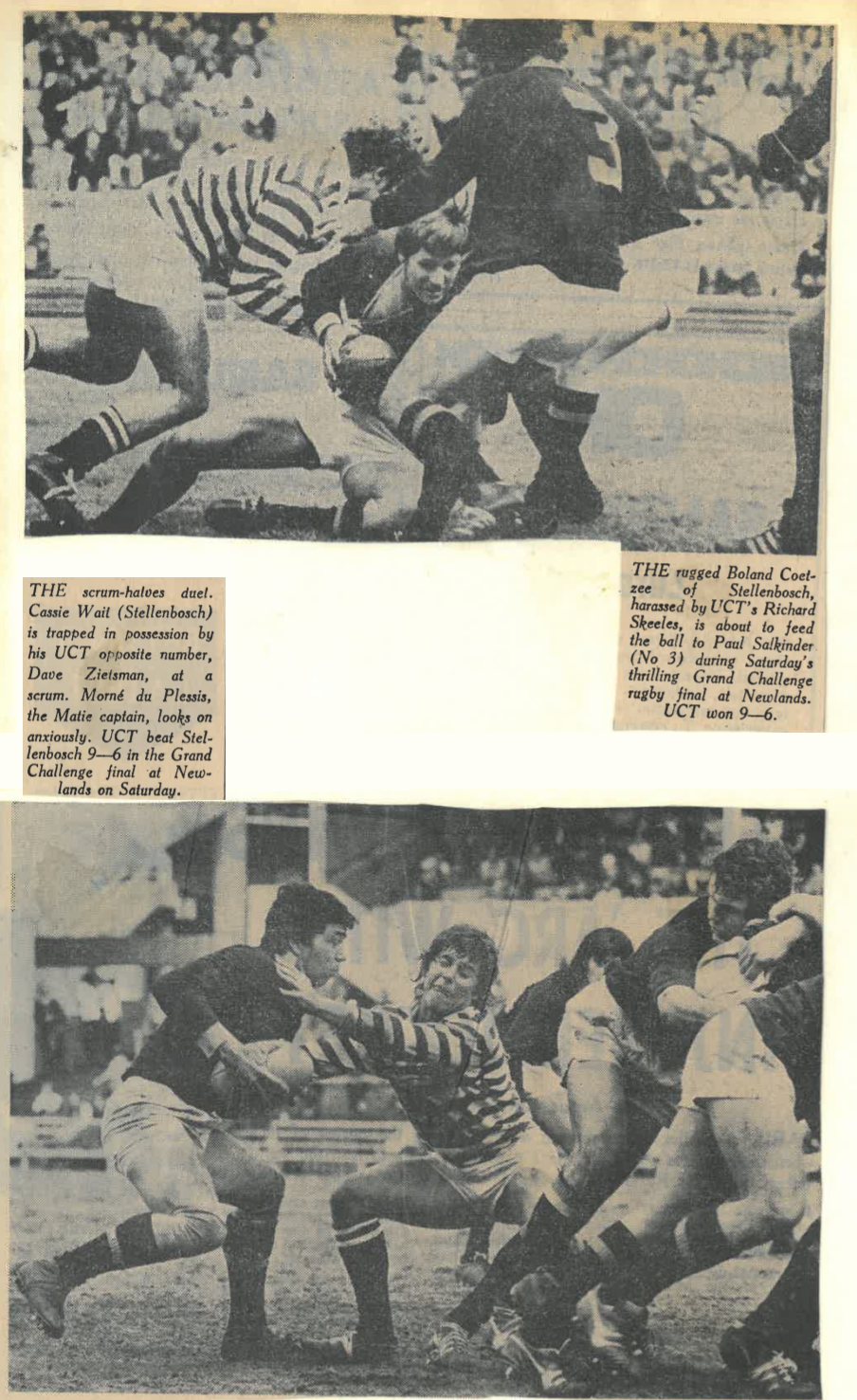 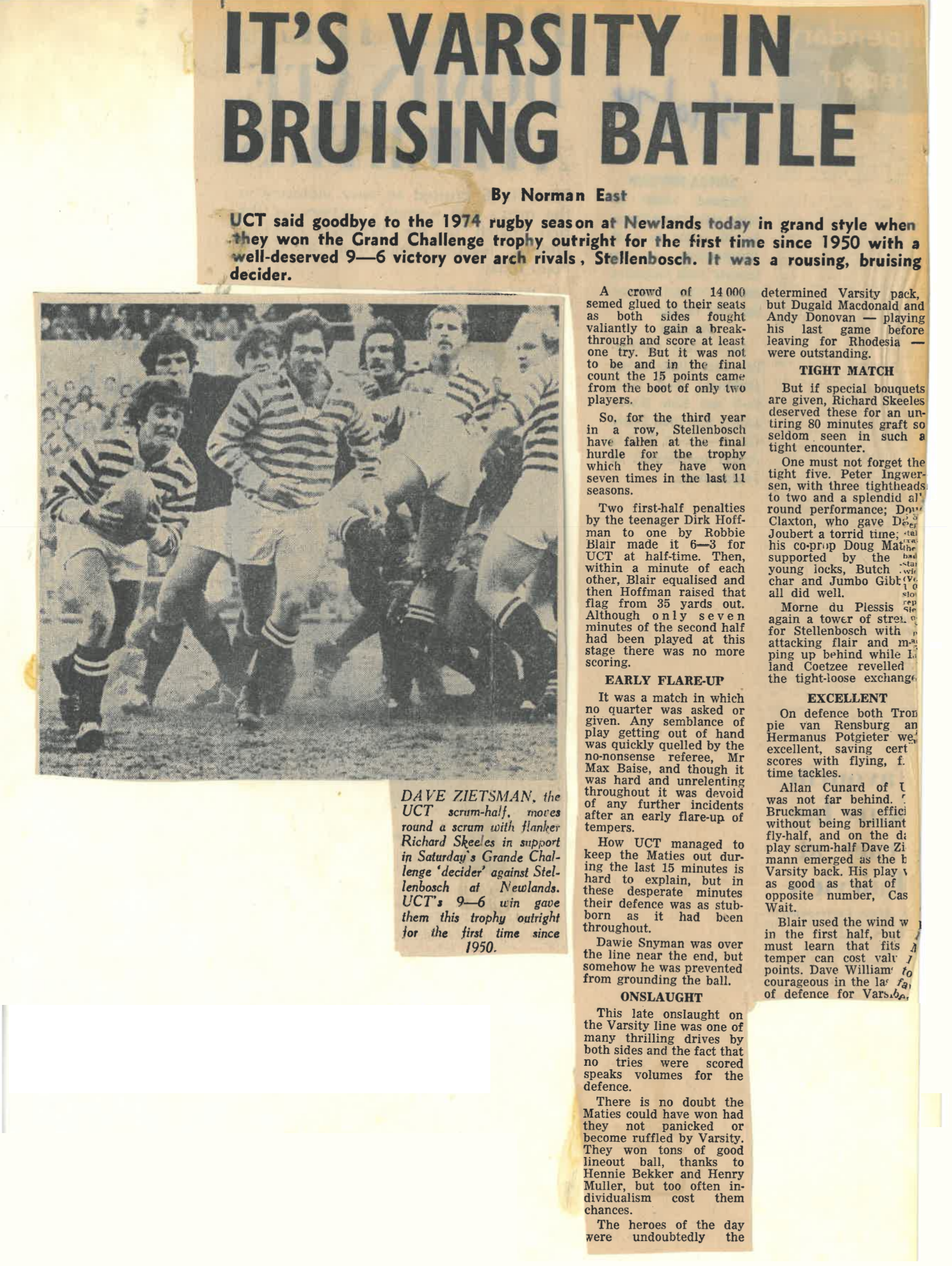 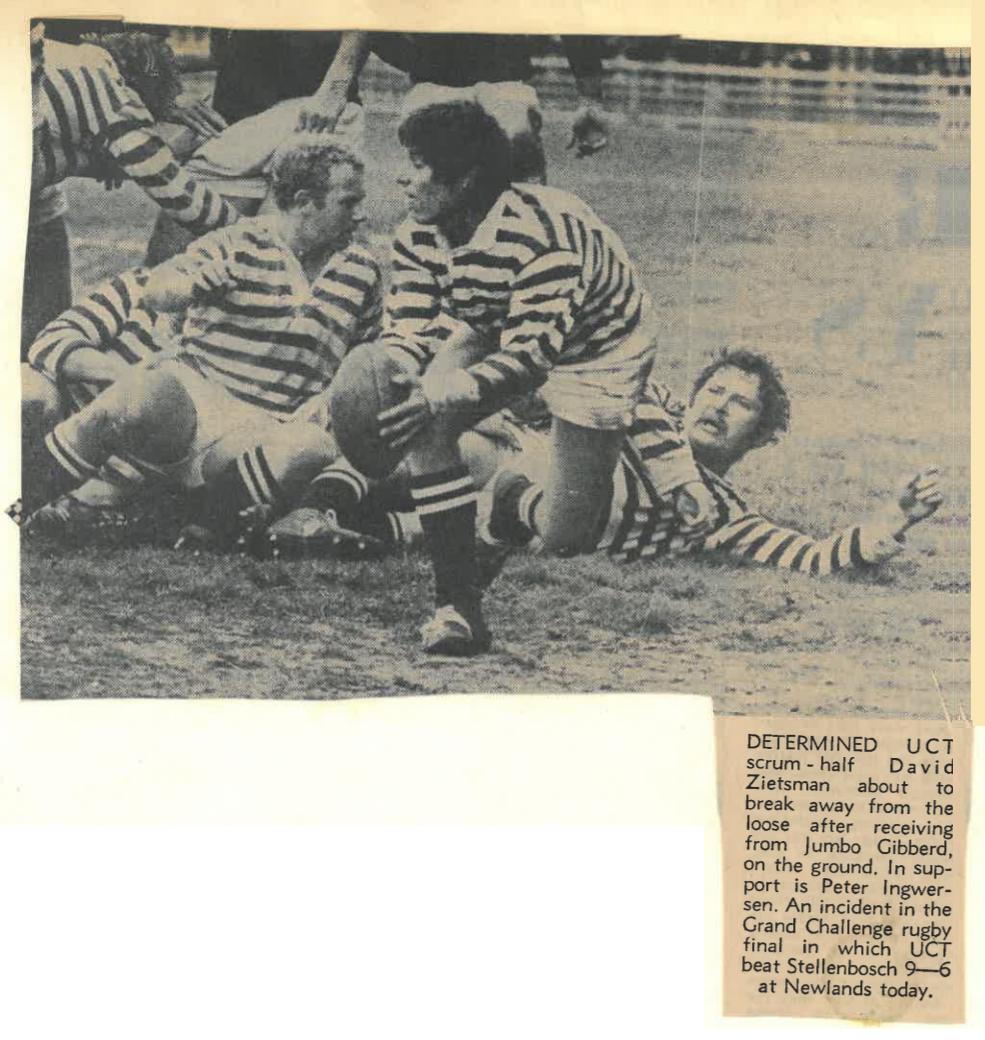 Intervarsity History Series: It’s been a long time, but the wait is over!
Scroll to top