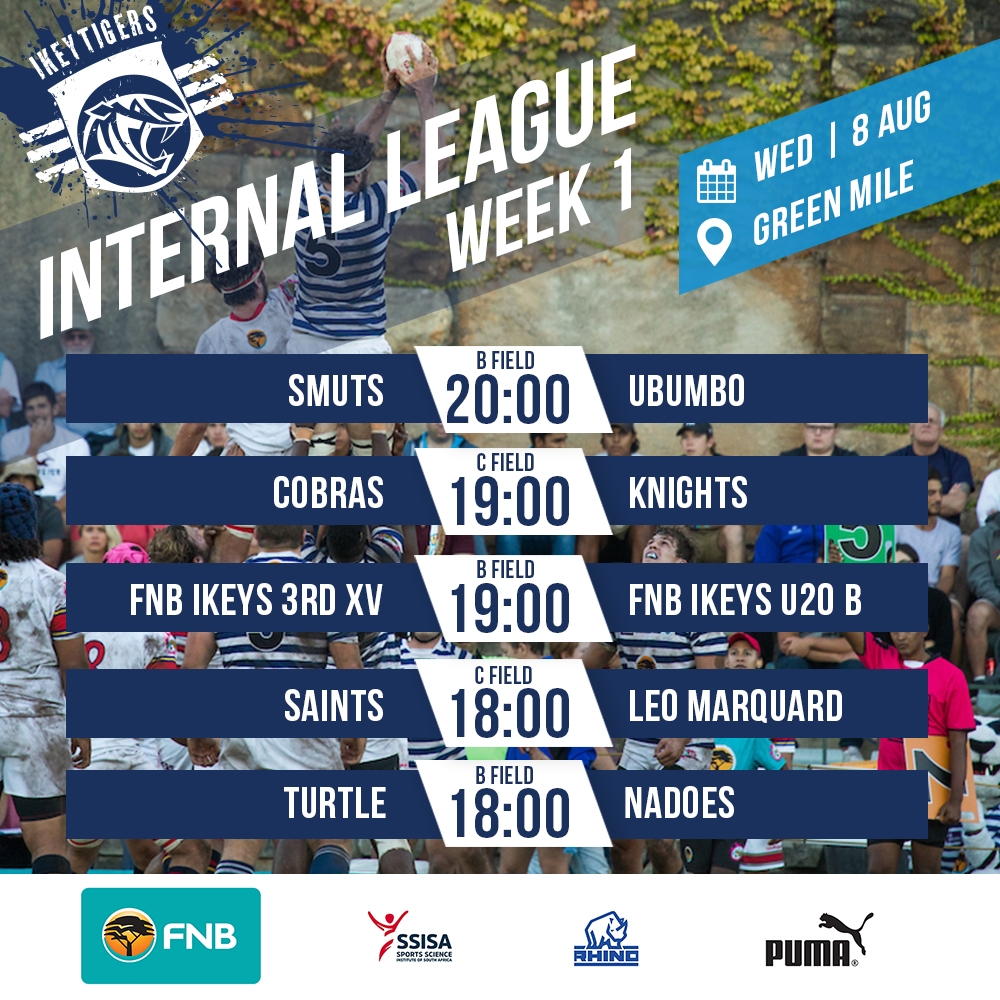 The week everyone has been waiting for has finally arrived. The Springbok squad announcement was made, the Premier League returns and Wednesday night lights on the Green Mile will be lit up as the UCT Internal League Championship returns.

All your favourite internal league teams are back and this year, the tournament has a new flavour about it. The 10 teams have been split into two groups of five with each team playing everyone in their group once, as well as one cross group fixture.

Group A consists of runners up from last year, The Turtles, joined by Saints, Nadoes, Leo Marquard and the UCT 3rd XV.

Group B is made up of the champions from last year, The Cobras, joined by Smuts, Ubumbo, Knights and UCT U20B.

The overall winner of the cup final will be playing for the opportunity to represent UCT at the 2019 Varsity Cup Res Rugby Championship.

The tournament will take place over 7 game weeks with round one kicking off on the 8th of August and the final set to take place on the 26th of September.

Round one starts off with a physical encounter between the Turtles and the Nadoes in a repeat of one of last year’s semi-finals. Kicking off at the same time will be last year’s Bowl Champions Saints up against Leo Marquard. Both games kick off at 6pm.

7pm kick-off sees UCT 3rd XV up against the UCT U20B while the Cobras take on the Knights. The final game of the evening features Smuts versus the mighty Ubumbo at 8pm.

All of these games will be taking place on the legendary Green Mile and the Ikey Pub & Grind will be open for fans to buy food and drinks.

Internal League is back, it’s fresh, it’s physical and it’s running rugby at its finest. You don’t want to miss this.

Let’s get physical!
Scroll to top