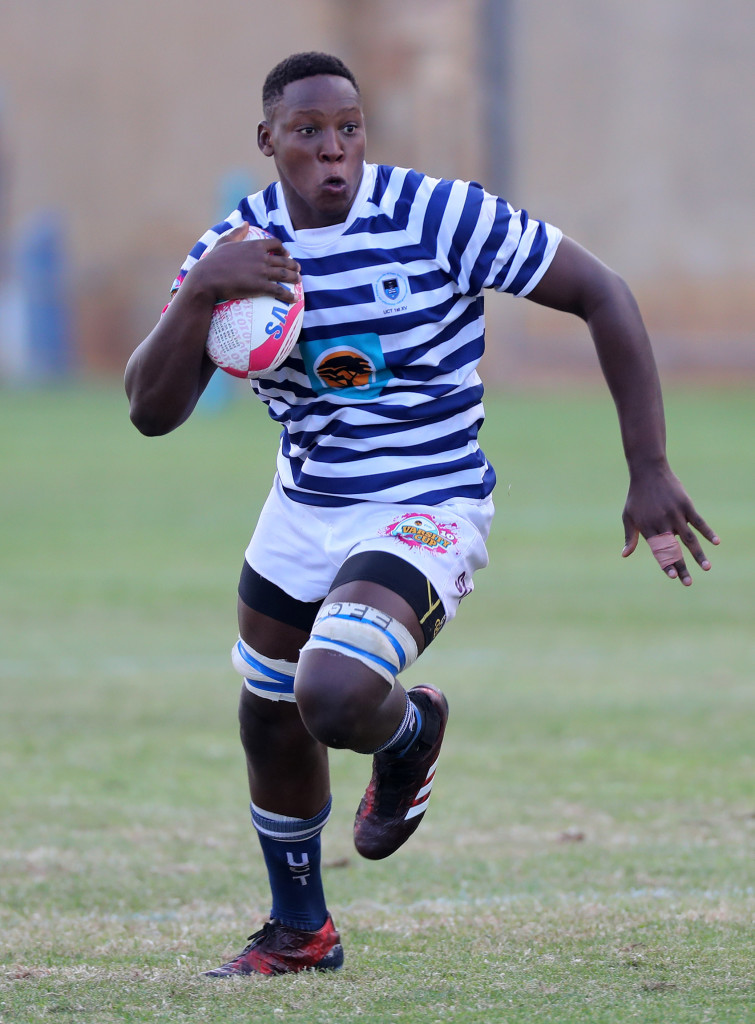 The FNB Ikey Tigers brought the first half of their WP Super League A season to a close on Saturday afternoon after missing out on victory against Durbell. The match ended 27-43 in favour of their opponents, leaving the FNB Ikey Tigers in second place on the log going into the break.

“Saturday was an acceptable performance. We wanted the win, but we didn’t get it; I think that mentally and physically, it was just one too many [games] for the boys,” said coach Esterhuizen after the Ikeys’ eleventh game of the season. They’ve played more games than any other team so far, yet still managed to grab a bonus point as they put four tries passed Durbell.

“We slacked a bit, and they began to build up a lead. We managed to get back into the game after playing some beautiful rugby, but they scored again when we were six points behind them,” Esterhuizen went on to explain.

The FNB Ikey Tigers currently have thirty-five points after elven games played, and while there is a good chance that their competitors will climb above them on the log once they play their games in hand, there has been an undeniable improvement from the boys in stripes thus far. The FNB Ikey Tigers managed to pick up seven wins despite their taxing fixture list, and have been able to push themselves just that extra bit further on multiple occasions in order to pick up the win.

“It was a satisfying first half of the season. The team started to click, play with momentum and gradually grew in confidence. We won some of our matches in an ‘ugly’ way, and it’s those types of matches we would have lost last year. There’s definitely been a change in the team’s attitude and their confidence,” reflected Esterhuizen.

Other notable team performances include the U20 Cubs (2016 undefeated league champions) and the 2nd XV, only just conceding one and two losses respectively.  Both teams are well positioned to contest for the league title in their respective WP Super A Leagues.

The FNB Ikey Tigers are set to return to action against Victorians on the 23rd of August, 2017.

Dylan Sage – It’s all in the Genes
Scroll to top