Giles White was a fearless loose forward who played for the Ikeys for many years, including captaining the side. He remains a big supporter of Ikeys Rugby.

The article below is written when the Ikeys won the Ohlsson’s Challenge Shield in 1980 under Giles’ captainship, beating Police in the final. Besides the highlight of the Ikeys winning the trophy, this was also the third year of playing “mixed rugby” in the Western Cape. Certainly, interesting times.

Giles has been mentioned in a number of Ikey articles over the years, most notably in Doc Moss’s memoirs. See below some excerpts we’ve added. 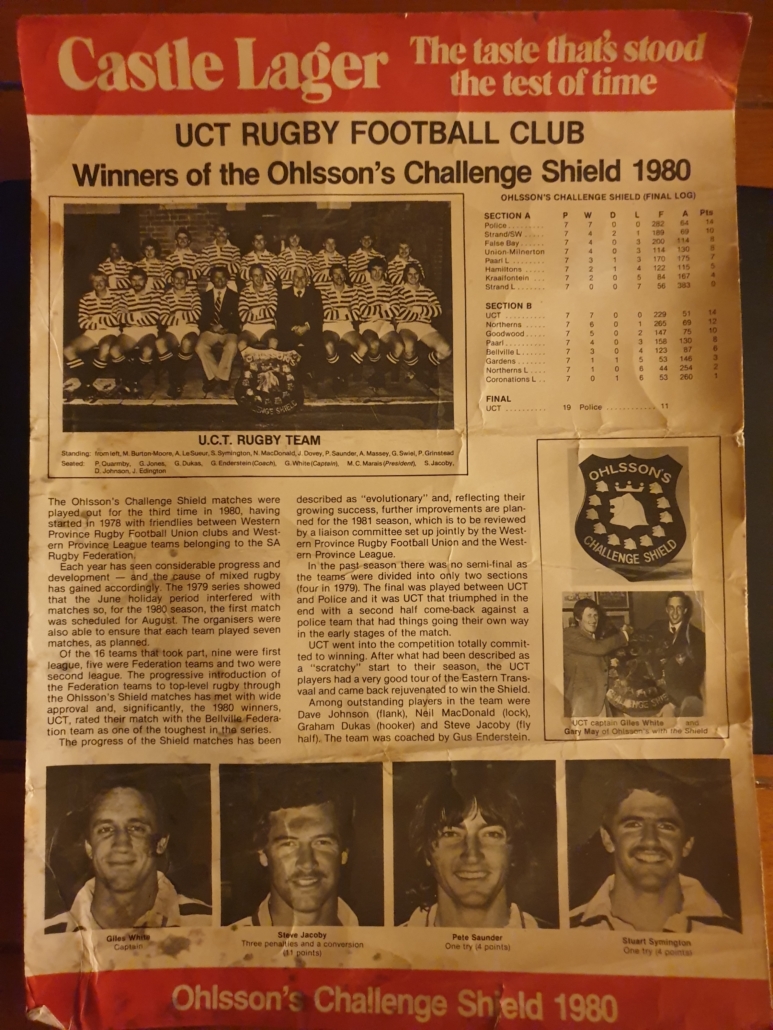 “Loose Forwards, these were the glamour boys of the game in my day. Richard Moir was a formidable flanker whom opponents respected but whose own teammates feared more at the after-match sessions – especially if they had made the rookie error of bringing along their girlfriends. Giles White was fantastic as a captain and quite fearless but often appeared fast asleep before (and during) a match and we were certain that it was his girlfriend (now wife) Debbie who wrote his inspiring team talks and worked out the opposition lineout calls. But the winner is Edwin Capendale – who in one season started playing with us in the Under 20 B1 team (having initially been selected in the lesser B2’s) and ended the season in the Western Province Under 20 side as one of its stars.”

In Doc Moss: My Life in Rugby, Doc Moss’s memoir, he mentions Giles being unlucky not to have been capped for Western Province: 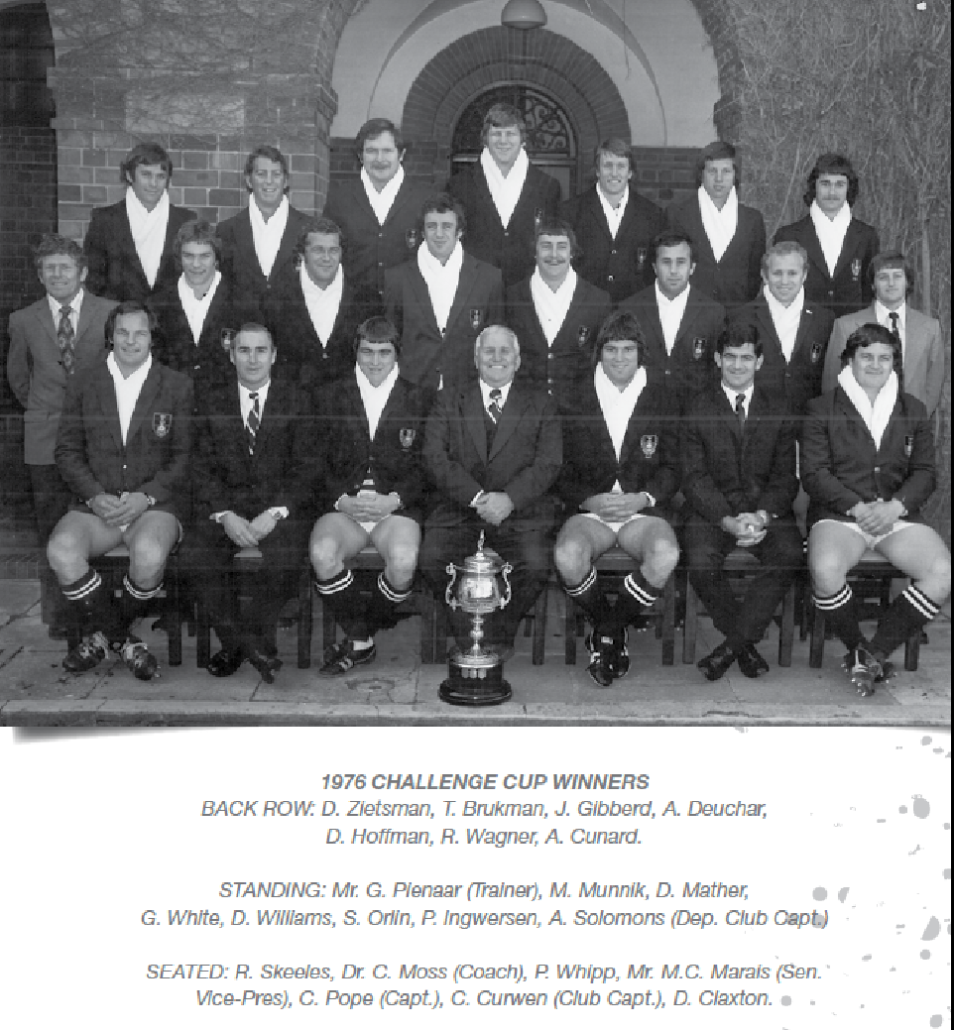 “Although these gifted players delivered outstanding performances throughout the year, the remaining players also displayed incredible talent and completed this almost unbeaten team. I refer to the non-capped players: wing Ian Cunard, fullback Dave Williams, flyhalf Tim Brukman, hooker Pete Ingwersen, lock John Gibberd and flanks Robbie Wagner and Giles White. I admire and respect these students, who week after week never failed to play a big part in the team’s success. These players might easily have earned provincial caps in other provinces”.