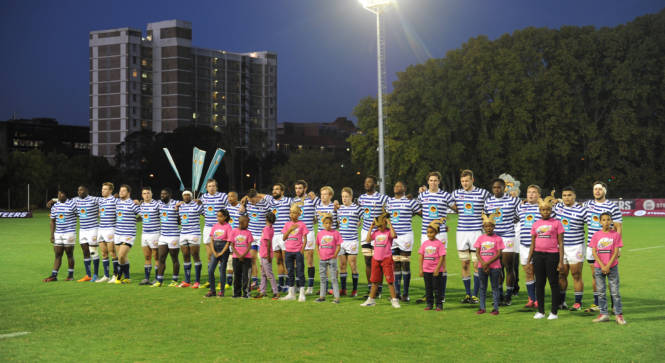 The FNB Ikey Tigers picked up their third win of the 2017 Western Province Super A League as they toppled NNK 26-3 on Wednesday evening. The Ikeys had their bonus points in the bag by the time the first half ended, and look to have picked up some momentum at just the right time as this Saturday sees them travelling to take on Belhar.

“We didn’t play particularly well, but we had scored our bonus point try before halftime so it’s good that we came away with a full bag of points,” said Christiaan Esterhuizen.

Like many times before this year, the FNB Ikey Tigers’ defence was solid on the night, and they managed to concede no tries over the course of eighty minutes. Despite the win and comfortable score line, coach Esterhuizen pointed out that things could have gone better for the team. “In the first half, our attack was great. We were precise and put in a real team effort. Our attack fell apart in the second half though, as we made a few errors and were less clinical,” explained Esterhuizen.

Next on the fixture list for the FNB Ikey Tigers is an away game at Belhar, a fixture that has proven to be quite the battle. “It’s always a tough, tough game against Belhar because they’ve got a very good side. We’re really going to do our homework on them and go out there and do our best to get the result,” Esterhuizen said.

The match is set to kick off at 16:00 at Accordian Park. Team announcement to follow.