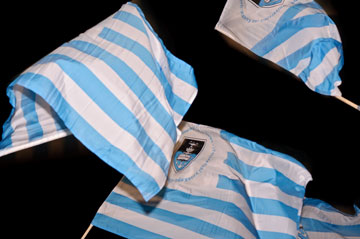 Tygerberg are fighting for their lives in the Super League and it showed in the ruthless and messy game that played out at Florida Park and saw the Ikeys Tigers go down 3:6 on Saturday.

There was no denying the overall depth of the UCT rugby club trumps Tygerberg RFC by a long way, with all other Ikeys teams winning by big margins – Ikeys 3rd XV Wolves 52:7 and Ikeys 2ndXV Eagles 53:7. The Ikeys U20 A1 Trojans cantered to a 124:20 victory, scoring 20 tries in the process.

But as has happened in the past, a desperate club will throw everything they have behind the side that determines their survival and Tygerberg will feel they did what they had to do on the day and it was enough to upset the young Ikeys.

Some will argue the victim is the great game of rugby as far as enjoyment of the sport goes for those who are on the field, those involved on the field side and also most in the stands. Saturday's match did not do justice to the spirit of the game – a number of disappointed comments and responses post match and on various rugby forums pay testament to that.

Be that as it may, there needs to be a winner and Tygerberg have claimed another big scalp this season, being the only side this season to beat Durbell who are sitting in a commanding position in the Super league log and are favourites to win Club Champs, which are currently played at Rustenburg.

UCT now face another challenging task when they travel to the Green point Track to take on SK Walmers on the weekend.