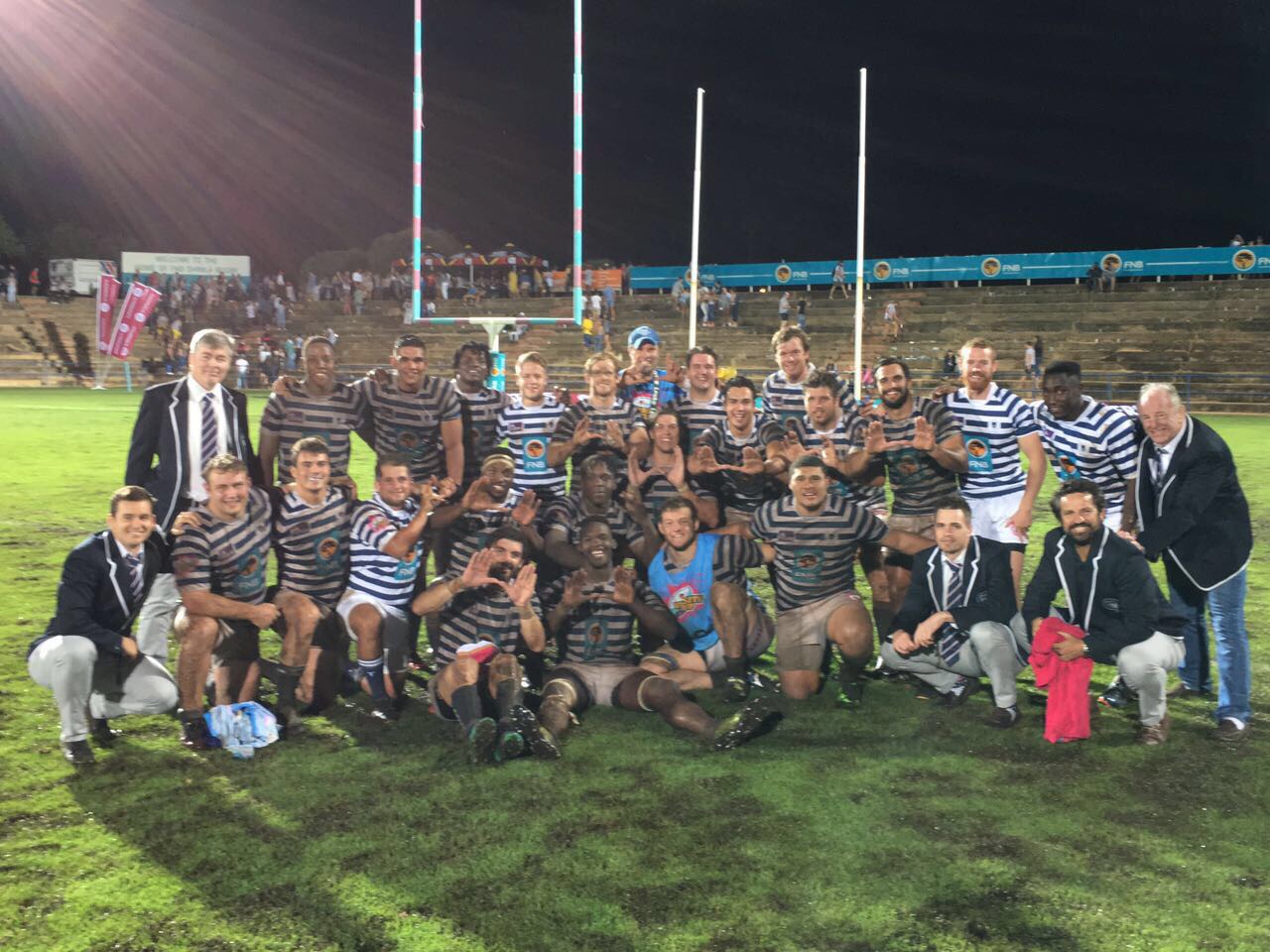 Keeping in line with their upwards trajectory, the FNB Ikey Tigers beat the top of the table side FNB Shimlas 22 – 7 in their own backyard, becoming the first team to do so since the 2013 season of the FNB Varsity Cup presented by Steinhoff International.

“It’s a massive result to beat them [FNB Shimlas] at home. We’re the first team to do so since 2013, so it’s good to be the team that achieved that,” said coach Christiaan Esterhuizen.

“I’m stoked for the boys- they stuck to their guns and produced a mature eighty-minute performance,” added Esterhuizen.

This marks the second win of the 2017 FNB Varsity Cup season for the boys in stripes, and shows a consistent improvement in the team’s play. Belief is once again coursing through the team, and it has come at just the right time. “Our defence has been consistently good, but we’re getting better and better with the ball in hand. The biggest change this season is our belief, because we really do believe that we can go out and get the results,” said Esterhuizen.

The FNB Ikey Tigers team that took the field:

FNB Ikeys Look to Build on What They Have

Ikeys On The Road Again
Scroll to top