Blog - Latest News
You are here: Home / Newsflash / Ikeys to stick to their plan against SK Walmers 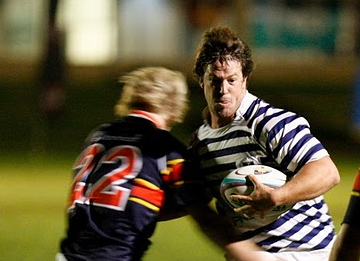 Hard running hooker Matt Page – back in the starting XV

The UCT Ikey Tigers will be hosted by SK Walmers on the famous Green Point Track on Saturday in what promises to be a tense encounter judging by the tight  19:19 mud wrestle in the home fixture in May.

The Ikeys are looking to build on the draw against Club Champions Hamiltons last week.

The team is back in its routine after the break but Ikeys coach Kevin Foote admitted “There were some mixed emotions after the draw against Hammies, of course I wasn’t expecting the game to be 100 percent smooth after a 7 week holiday. We put some good phases together and looked hungry, the boys were also really chuffed with the try.”

“All in all though we left a lot of points out there, and should have closed the game out with such a good lead.” the Tigers coach commented after the Ikeys were up 19:7 late in the game.

SK Walmers are quite a different opposition to Hamiltons, but Foote wants his team to not move away from their game plan.

“We expect them to be quick and light footed, so we will have to sharpen up on defense”

“We will still look to play the same attractive UCT style of rugby, with our whole team looking to raise our physicality.” he added.

There has been only one change to the starting team, with former Springbok Hanyani Shimange unavailable, Matt Page will be starting at hooker. Pete Haw and Brad Gornal move to the bench.

All UCT teams are returning to action after a lengthy lay-off – come out for a day of rugby next door to the new and sparkling Cape Town Stadium and support our boys.

Super League A, team 3- Log No points for Ikeys against SK
Scroll to top